Iceberg about size of Greater London breaks off in Antarctica 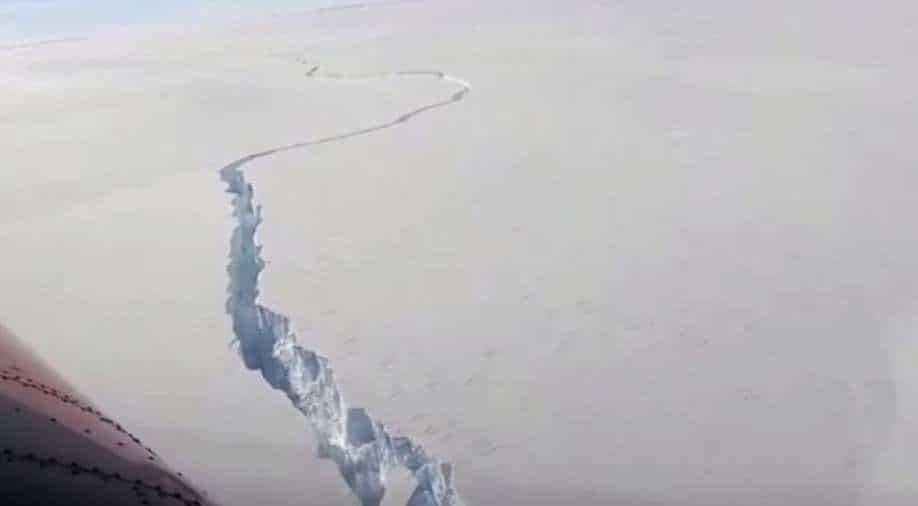 Iceberg about size of Greater London breaks off in Antarctica Photograph:( Reuters )

A massive iceberg broke off from the Brunt Ice Shelf in Antarctica, video footage released on Friday showed.

The massive ice structure, which was about the size of Greater London, broke off from the Brunt Ice Shelf, according to the British Antarctic Survey (BAS).

Also read | Giant iceberg breaks off near UK Antarctic base

The iceberg measured about 1,270 sq kms and got separated in a process called "calving".

It happened about a decade after scientists first observed huge cracks forming on the shelf.

BAS Director Professor Dame Jane Francis said that the scientists were expecting calving after monitoring the area with GPS devices and satellite imagery on a regular basis.

"Our teams at BAS have been prepared for the calving of an iceberg from Brunt Ice Shelf for years," Francis said.

The iceberg is likely to either move away or run aground not far from the Brunt Ice Self, the director said.

A crack in the ice widened a lot early on Friday morning before the iceberg broke off entirely, news agency AFP reported.

Icebergs normally break off from Antarctica into the ocean in a process catalysed by climate change.

But, in this incident, there is "no evidence that climate change has played a significant role," BAS said.