Energy saving glass, that ‘self-adapts’ to heating and cooling demand 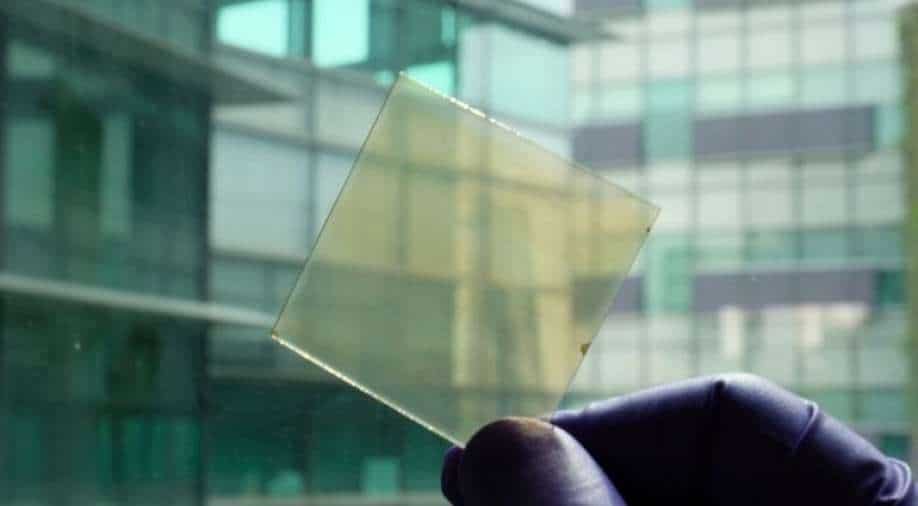 The energy-saving glass, which contains no electrical components, operates by utilising the light spectrums that cause heating and cooling.

According to a study published in the journal Science, the glass is supposed to automatically respond to changing temperatures by switching between heating and cooling.

Layers of vanadium dioxide nanoparticles composite, poly(methyl methacrylate) (PMMA), and a low-emissivity coating were used to create its unusual structure.

The energy-saving glass, which contains no electrical components, operates by utilising the light spectrums that cause heating and cooling.

It cools the room by suppressing solar heating (near infrared light) and enhancing radiative cooling (long-wave infrared)—a natural phenomenon in which heat radiates through surfaces towards the cold universe.

It has the reverse effect in the winter, warming the room.

Lab experiments utilising an infrared camera to visualise the findings indicated that the glass permitted a controlled quantity of heat in varied situations (room temperature – above 70 °C), demonstrating its capacity to adapt dynamically to changing weather conditions, according to the team.

Scientists have devised sustainable solutions to reduce this energy consumption, such as low-emissivity coatings that inhibit heat transfer and electrochromic glass that tints to regulate solar transmission into the room.

However, until now, none of the methods could adjust both heating and cooling at the same time, according to the study's co-authors from the University of Wyoming in the United States and the University of Science and Technology in Wuhan, China.