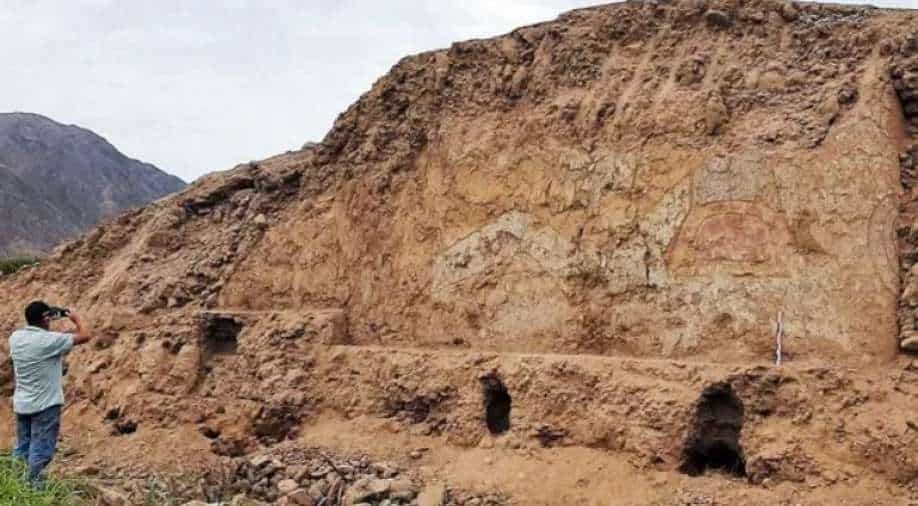 This artwork is on a white background and the designs of the figures are in colours ochre, yellow, grey and white

Archaeologists have identified a 3,200-year-old mural painted on the side of an ancient adobe temple in northern Peru.

The mural discovered last year in the Virú province of the country's La Libertad region after much of the site was demolished by farmers in an attempt to increase their area for avocado and sugarcane plantations.

This artwork is on a white background and the designs of the figures are in colours ochre, yellow, grey and white.

It is believed that the temple depicts a spider god related to rain and fertility.

Experts claim the shrine was constructed by the pre-Columbian Cupisnique culture, which developed along Peru's northern coast over 3,000 years ago.

Its location, says archaeologist Régulo Franco Jordán, has led to archaeologists believe that it was built in honour of water deities.

"What we have here is a shrine that would have been a ceremonial centre thousands of years ago," Jordán told La República newspaper.

"The spider on the shrine is associated with water and was an incredibly important animal in pre-Hispanic cultures, which lived according to a ceremonial calendar. It's likely that there was a special, sacred water ceremony held between January and March when the rains came down from the higher areas."