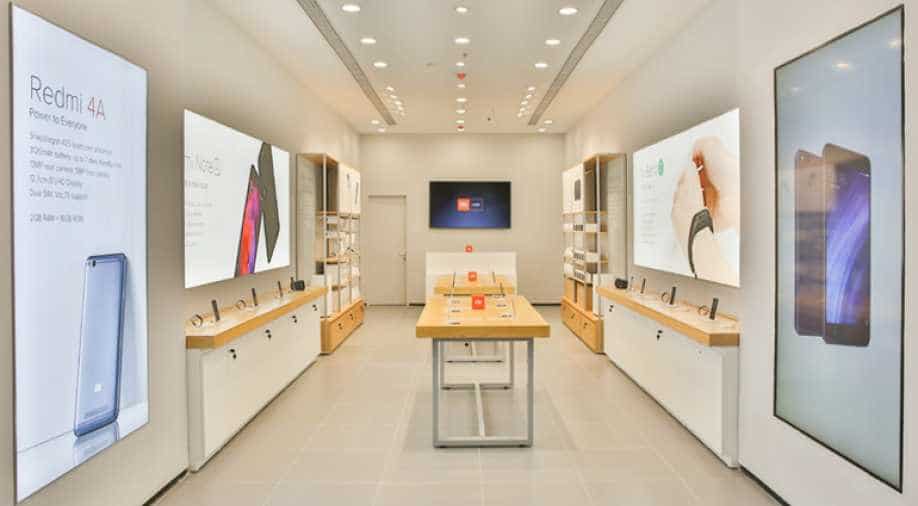 Located at Phoenix Market City Mall in Bengaluru, the first Mi Home store in India will open to public starting May 20. ||Xiaomi allows customers to pre-book their desired Xiaomi smartphones from May 16.

Marking a significant step in its offline retail strategy in India, Chinese electronics company Xiaomi has announced its first-ever Mi Home store in the country.

Located at Phoenix Market City Mall in Bengaluru, the first Mi Home store in India will open to public starting May 20 from 9 AM. It will sell Xiaomi’s range of smartphones, power banks, headphones, fitness bands, air purifiers as well as other ecosystem products launched in India.

The company allows customers to pre-book their desired Xiaomi smartphones from May 16 (5 PM onwards) on www.mi.com/india against an advance payment of Rs 1,000.

Xiaomi India VP and MD Manu Jain said, "We will soon set up more such retail stores in other Indian cities including Delhi, Hyderabad, Chennai and Bengaluru".

The company plans to introduce 100 Mi Home stores across India in the next two years. Select Mi Home stores will also have an additional zone where fans can experience the larger Xiaomi portfolio

Xiaomi currently has more than 70 Mi Home stores in Greater China. During the last Mi Fan Festival (MFF) in April 2017, Xiaomi had over 5,00,000 walk-ins across its stores and also set a new record of 24,000 walk-ins in a single day at its newest Mi Home in Beijing.

Mi Home stores are expected to allow Xiaomi India to extend the success of its online Mi.com store to offline retail.

In addition to Mi Home stores, Xiaomi will continue to expand its offline presence with retailers and distributors in the country through its Direct to Retail (DTR) model which eliminates several layers within the offline distribution channel. This, as Jain say, will allow Xiaomi to continue to maintain price parity between products sold across both its online and offline channels.