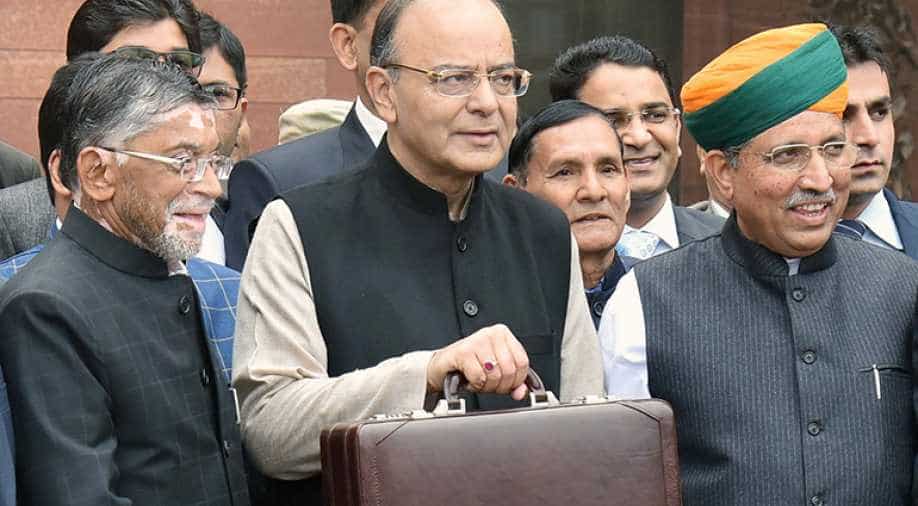 Finance Minster Arun Jaitley presents the Union Budget 2017 in the Parliament on February 1, 2016. Photograph:( Others )

With an aim to further strengthen the Digital India program, Union Minister for Finance and Corporate Affairs Arun Jaitley announced a slew of tech initiatives in the Union Budget 2017. Referred to as a “historic” step by Jaitley, the general budget this year was merged with the rail budget, making it the first such move in 92 years.

Here are some key tech initiatives announced in the Union Budget 2017, which aim to bolster up different sectors and ease the way public services are accessed by citizens.

1. AadharPay, a merchant version of Aadhaar-enabled payment system, will soon be launched for those without debit cards and mobile phones.

2. By the end of 2017, high-speed broadband connectivity will be available in over 1,50,000 gram panchayats. Also, the access to digital services will be offered at low tariffs.

3. Government will launch two new schemes to promote the use of the recently-announced BHIM app - an Indian government initiative to enable and encourage cashless payments.

4. Indian Railways will soon introduce an integrated platform for feedback and grievances.

5. Twenty lakh Aadhar-based swipe machines will be put in place by 2020.

6. An SMS-based service “Clean My Coach” has been announced for the Indian Railway passengers. The new service will allow passengers to request for cleaning the coach by sending a message.

7. 7000 stations will be equipped with the solar power facility in a few years from now.

8. All ticketing services will be integrated in one app. According to the Ministry of Railways, the concept design for the same has already been submitted by an agency. The app is being developed under the aegis of CRIS and IRCTC.

9. New measures have been announced to ease online booking system for army and defence personnel. Speaking of which, a centralised Defence Travel System has been developed through which travel tickets can be booked online by soldiers and defence officers.

10. No Service charge will be levied on tickets booked through IRCTC.

11. The Indian government proposes to leverage information technology and launch the SWAYAM platform with at least 350 online courses. The idea is to enable students to virtually attend the courses. According to Jaitley, the access to SWAYAM would be widened by linkage with education-centric DTH channels.

12.  A comprehensive web-based Pension Disbursement System for defence pensioners will be established to receive pension proposals and make payments.