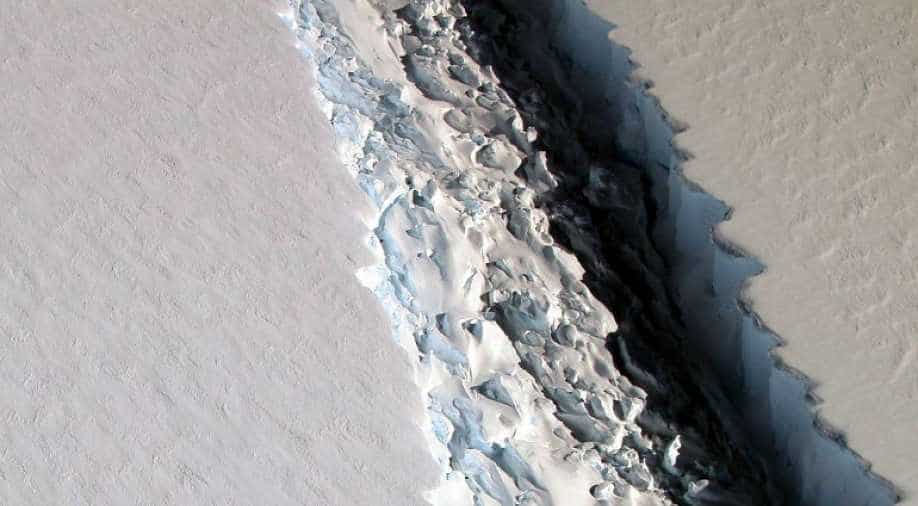 According to Ice Bridge, the crack is more than 300 feet wide and about a third of a mile deep. (Image source: NASA) Photograph:( Others )

A massive rift in the Antarctic Peninsula's Larsen C ice shelf has been spotted by NASA.

On November 10, scientists from NASA’s IceBridge mission captured an image of the 70-mile-long crack.

According to NASA, the crack is more than 300 feet wide and about a third of a mile deep.

Once the crack completely cuts through the ice shelf, it will produce an iceberg roughly the size of the state of Delaware in the United States, according to Ice Bridge.

Larsen C is Antarctica's fourth-largest ice shelf, and it holds back the land-based glaciers just behind it, according to science news website Live Science.