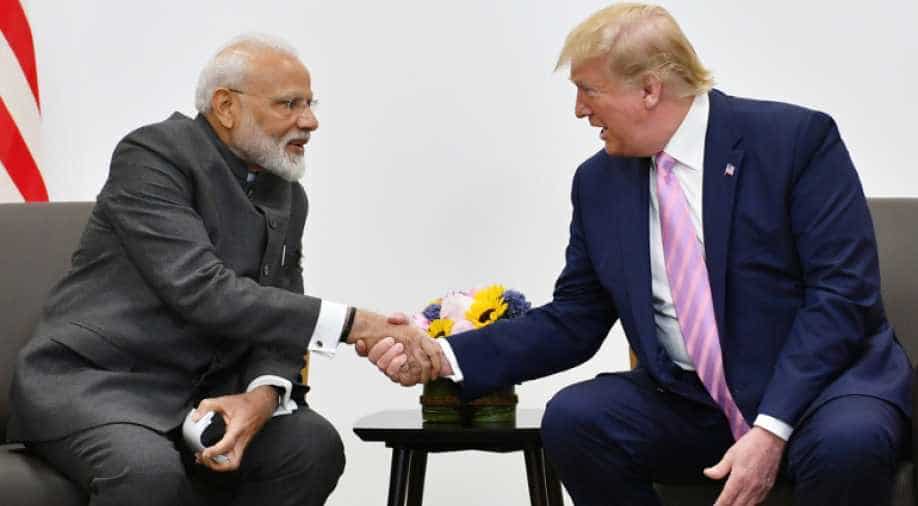 Ever since India gained Independence in 1947, its relationship with the United States of America has been reserved, at best. Today, with the beginnings of the presidential election campaign underway in the United States, over 20 Democratic candidates are vying for a nomination bid. Some of the powerhouses include Kamala Harris, Cory Booker, Joe Biden, Bernie Sanders and Elizabeth Warren.

However, despite some of these candidates specifically announcing collaboration with Indians (like Booker), President Trump is by far the best American President as far as India is concerned. Even though he is jabbing India on trade and has implemented a stringent immigration policy, Trump's strong stances greatly benefit India in several key areas, and at a time when our country is developing rather rapidly. Let's take a look.

No Democratic candidate or nominee will take Trump's hard-line attitude on China and terrorism. Trump's views on both work to India's advantage over the next five years.

Trump's 'trade-teasing' with India has hurt the Indian economy, no doubt, but when you put it into perspective, it's not that big of a deal. Modi knows this. Take a look at this perspective. The trade deficit that the US has with India is approximately one-twelfth of what the US has with China. Therefore, Beijing is on a very high red-alert on Trump's trade moves as compared to India. This explains Modi's calm and collected attitude to Trump's trade teasing. Moreover, President Trump has openly criticised China multiple times as a currency manipulator. He has even called China America's "foe". India can take advantage of this stance, especially as a preferred defence partner.

Speaking of defence, President Trump has publicly stated that Pakistan is a breeding ground for terrorists. He has made stringent policies on Muslims in the United States (at airport security, for example) and has a hard stance on terrorism. If elected, a Democrat will undoubtedly ease their stance on Pakistan. However, India most greatly benefits from Trump's rigid stance, especially after the Balakot strikes.

The US and India's shared disdain for Pakistan-based terrorists along with strong foreign policy focus on counter-terrorism will strengthen military ties and could also eventually work to ease out trade tensions should they increase.

Additionally, at the recent G20 Summit, Modi expressed his concern on losing 11 per cent of India's oil needs from Iran due to the US sanctions compliance. The two countries agreed that strong bilateral ties must exist between them to ensure regional and global peace in this region. India could use this to its advantage, especially to get back its energy needs.

Economically, Trump's unsurprising, hard-right Republican stance is the most beneficial to India's quickly growing GDP. Unlike the Democrats, Trump jumps on energy, manufacturing, oil & gas, FDI, renewable energy and corporation development. All of these facets are areas where India is looking to expand. In addition, America is one of India's biggest investors when it comes to foreign direct investment. At the G20 meeting, Trump said that some "very big trade deals... in terms of developing 5G technology would be announced in the future with India". This will very much benefit India as we are the second largest global market for 5G and will determine how the global trend will sway.

Likewise, the 'Make in India' programme was also appreciated and welcomed by Trump. On multiple occasions, Modi and Trump also recognised space, trade, energy and security to collaborate on. Trump left the meeting stating that relations with India have "never been better".

Despite Trump making this difficult, he is still better than a Democrat. Whereas Democratic candidates like Booker, Harris, Sanders and Warren will likely ease the process for Indians who want H1-B visas, they have not articulated how they will do this. This makes it doubtful that they will be able to reverse the process quickly.

President Trump has stated that Indian talent is amazing. Throughout his presidency, he has actively aimed at attracting Indian youth and entrepreneurs; this gives young Indians a loophole of sorts through American immigration roadblocks. Over the next five years, PM Modi will be able to leverage young Indian talent as Trump will increasingly seek it. Why? Over the past few years, a significant number of American multi-national companies have moved their Asian bases from China to India. And that mandates the need for local, skilled Indian talent to fill jobs. This means more employment generated in India and a potential increase in the already occurring reverse brain-gain to India. A win-win for India.