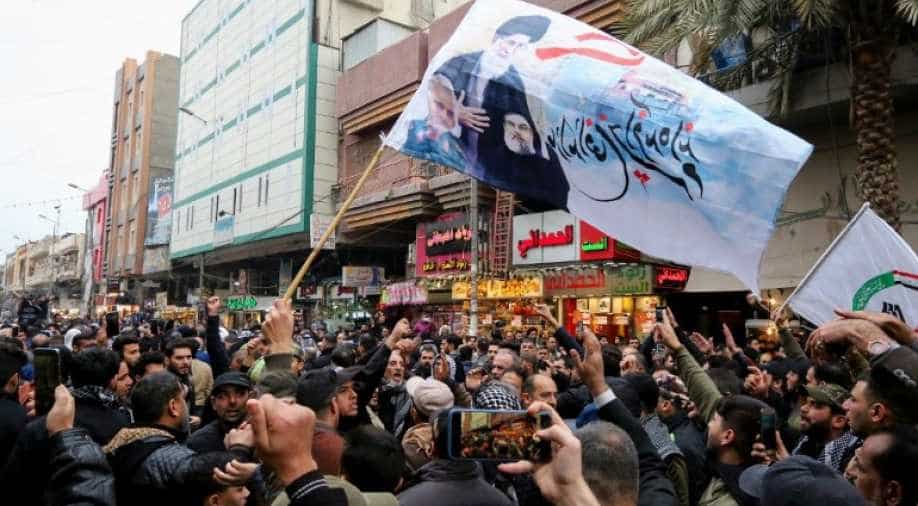 The killing of Iranian military leader Qassim Soleimani proves the point: The United States has perfected the art of strengthening Iranian hardliners fuelled by an apparently ingrained misreading of Iranian politics and strategy sustained over decades.

It also suggests that the Trump administration has walked into a trap in which spiralling tension between the United States and Iran is likely to be played out on Iranian rather than US terms.

Also read: Thousands gather in Baghdad to mourn Soleimani, others killed in US airstrike

Iran moved last year away from its initial strategic patience response to the US withdrawal from the 2015 international agreement that curbed the Islamic republic’s nuclear program and the imposition of harsh economic sanctions to a strategy of gradual escalation.

Iran is banking on the assumption that taking the United States to the brink of yet another Middle Eastern war will ultimately persuade the Trump administration to return to the negotiating table. It’s a high-risk gamble that so far has produced results.

Last week’skilling of an American contractor on an Iraqi military base constituted Iran’s latest chess move.

It sparked a US military strike against an Iranian-backed militia, the subsequent killing of Mr Soleimani and the leader of the militia, Abdul Mahdi al-Muhandis, and the targeting of a militia convoy.

It also has put at risk the future of US forces in Iraq, seventeen years after US forces toppled Saddam Hussein and US$1 trillion later. Iraq’s parliament is about to discuss moves to remove foreign forces from the country.

Pro-Iranian militias are counting on the fact that they are Iraqis with close ties to the Iraqi security establishment, which they expect will exclude them from the moves that would primarily target the United States.

Iraq’s influential Shiite leader Ayatollah Ali al-Sistani has so far limited himself to calling for restraint in the wake of Mr Soleimani’s killing. Yet, Mr Al-Sistani could prove to be the player who definitively sways the pendulum.

In a similarly humbling development, Iraq, long a primary venue for an ongoing US-Iranian proxy war, has become in the wake of Mr Soleimani’s death a no-go zone for Americans with the Trump administration urging US citizens to leave immediately to avoid becoming targets.

Earlier, an attack in September on two key Saudi oil facilities, widely believed to have been instigated by Iran, coupled with US President Donald J. Trump’s hesitant response to the assault and the earlier downing of a US drone by Iran, persuaded Saudi Arabia to tone down its rhetoric and explore ways of reducing tension with Iran.

The spectre of a Saudi Iranian rapprochement was put on hold with the eruption in recent months of anti-government protests in Lebanon and Iraq that threatened to throw a monkey wrench into Iran’s strategy of exerting regional influence through proxies.

While it is likely to remain on hold amid the escalating tension, it has not been taken off the table.

Earlier, the United Arab Emirates reached out to Iran after the Islamic republic was sought to have instigated attacks on tankers off the Emirati coast.

The “sequence of events shows that, thus far, the Iranian strategy of calculated counter-escalation is working… By escalating on its own, Iran forced a number of key players to change their cost-benefit calculus,” said Eldar Mamedov, an advisor to the social-democrats in the European parliament’s Foreign Affairs Committee.

While that may be a positive development in and of itself, it also means that regional US allies, with the exception of Israel that wholeheartedly endorsed the killing of Mr Soleimani, are likely to be more circumspect in their support of the US amid escalating tensions.

Already, Saudi Arabia and the UAE have called for restraint in the wake of Mr Soleimani’s death.

Mr Soleimani’s killing has widened the opening for a tit-for-tat war in which Iran has the advantage of being a master of asymmetric warfare and at playing in grey areas.

Amid massive speculation about how it will respond to the killing, Iran is likely to take its time and strike out of the left field, potentially prompting an American response that again risks playing into Iranian hands.

“The Iranians will definitely respond, but not in a way that triggers an all-out war, which they know they would lose,” said Iran expert Dina Esfandiary.

In a further indication of US misreading of the tea leaves, the killing of Mr Soleimani threatens to amount to a gift of God for Iranian hardliners who are now expected to win next month’s parliamentary election in Iran.

A hardline victory would spotlight the United States’ repeated shooting of an own goal by adopting policies that undermine its own long-standing aim of persuading Iran to moderate its policies and tone down its revolutionary rhetoric.

Rather than provide incentives, like with the 2015 nuclear accord, US policy has more often than not reinforced perceptions in Tehran that the United States’ real goal was regime change.

Mr Trump’s former national security advisor John Bolton reinforced those perceptions in response to Mr Soleimani’s killing:  “Hope this is the first step to regime change in Tehran,” he tweeted.

US policy prompted Iran to adopt a defence and security policy that compensated for the Islamic republic’s intrinsic weakness by emphasizing the very things the United States has long wanted to see change. These include Iran’s successful use of proxies across the Middle East.

At the bottom line, the strengthening of Iranian hardliners not only undermines US policy goals but also risks putting the United States in difficult, if not impossible and at times humiliating positions, and sucking it into a conflict for which it is ill-equipped.

Said political anthropologist Negar Razavi: “The US foreign policy establishment has collectively created a culture of expert impunity when it comes to Iran, which has contributed in no small part to the unstable and dangerous policy conditions we see under Trump today.”