Revealing a vibrant democracy: Electoral reforms are the need of the hour 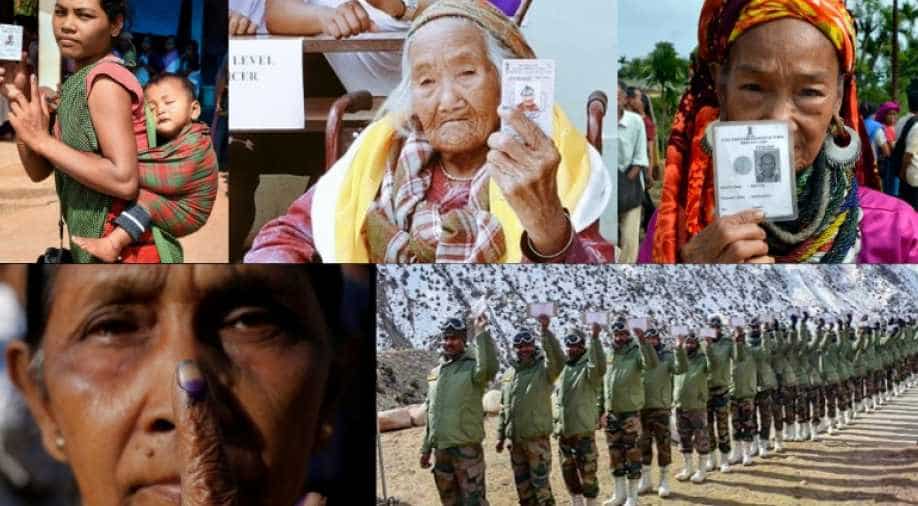 As India completes its 17th general election in 70 years, it is an occasion to answer pessimists, who have doubted the vibrancy of India’s democracy. When the venerable Economist had put India in the `flawed democracy’ category in 2018, I had suggested that the foundations of Indian democracy run much deeper than what the New Delhi-centric media may portray.

One of the six criteria for that assessment was the country’s electoral system. A look at the electoral process of 2019, however, does give some cause for worry.

The efficacy of an electoral system is determined by how free and fair they are. In other words, how has the well- empowered Election Commission of India (ECI) functioned during the course of the recently-concluded elections?

The ECI can be credited with introducing improvements in the conduct of general election and more than 100 Assembly polls. But it is expected to function without any pressure, including from the incumbent government. Since each poll is unique and the chief election commissioners (CECs) are likely to be different, ECI’s performance may not be uniform. CEC TN Seshan, for example, was remembered as a benchmark for establishing the commission’s independence and neutrality. Even after 29 years, Seshan is remembered as India’s most effective CEC. He is seen as someone who upheld the special stature and unique potential of the ECI to streamline the poll process. Going by the concerns and complaints against the commission’s impartiality in 2019, it could perhaps not be said that it passed all the tests, particularly on the fairness criteria.

Justifiable doubts have been raised about its independence. Even the Supreme Court had to remind the commission midway through the elections, about its powers. Another criteria was whether there was a level-playing field for voters and recognised parties to contest and campaign. If complaints against one leader with a self-declared criminal record are acted upon promptly by the ECI at the expense of another, who is in power in the same state, the message of fair play takes a beating.

The ECI was also silent on the many violations of the Model Code of Conduct. Just when proactive initiatives were needed to safeguard the status of the ECI, the commission lost its voice.

Once the poll notification comes into play, it is the responsibility of the ECI to ensure that the code applies to all candidates and parties equally and not at the discretion of the commission.

None of the eight points in the Model Code of Conduct were adhered to by most leaders and parties, and yet the ECI did little except to issue a notice.

Campaign civility was the biggest casualty in these elections. Never before has a poll campaign led to so much animosity; yet the ECI preferred to opt in for a “wait and watch” policy.

The time taken to decide contentious issues had put the ECI’s objectivity to test. In fact, the very decision of seven-phase polling, where one has to wait for 43 days to know who is elected, itself is flawed.

Even more alarming was the situation in a state going to Assembly elections. The fact that the state had to function for 43 days, virtually without a government, was overlooked by the ECI.

When government departments and agencies like the income tax, enforcement directorate and the intelligence bureau raided the homes of only those opposed to the government during the poll process, the ECI merely stood by. When questioned, all it could do was to ask the agencies to keep it informed. It is of little surprise that the agencies continued with their own agenda, ignoring the ECI.

The ECI cannot be treated like another government agency. Despite so many of the ECI’s ‘expenditure observers’, there was little that the commission did to curb increased poll expenditure. The cash, gold and liquor confiscated was larger than the 2014 general election levels.

With grapevine about 2019 being the most expensive elections ever, no serious steps were taken to cut down expenses, except to cancel a poll in one Tamil Nadu seat. No new ECI initiative to reduce campaign costs were evident.

Of course, the entire blame cannot be placed at the doorsteps of the ECI, as political parties, news media, and the civil society together are responsible for the state of affairs.

But ultimately, the ECI has to take the lead. It took the initiative in one or two instances, but only when a number of former senior bureaucrats and ex-Army men wrote to the President of India, criticising ECI’s rather submissive postures.

The present ECI, however, needs to be commended for continuing to facilitate ADR analysis on the affidavits of candidates, so as to put critical information about them in the public domain.

No wonder the Supreme Court asked the ECI to ensure that candidates put up information about their criminal antecedents in the public domain during the campaign, more than once. It is another matter that hardly a few followed it.