PM Narendra Modi does it again: BJP has achieved the impossible by revoking Article 370 in Jammu and Kashmir 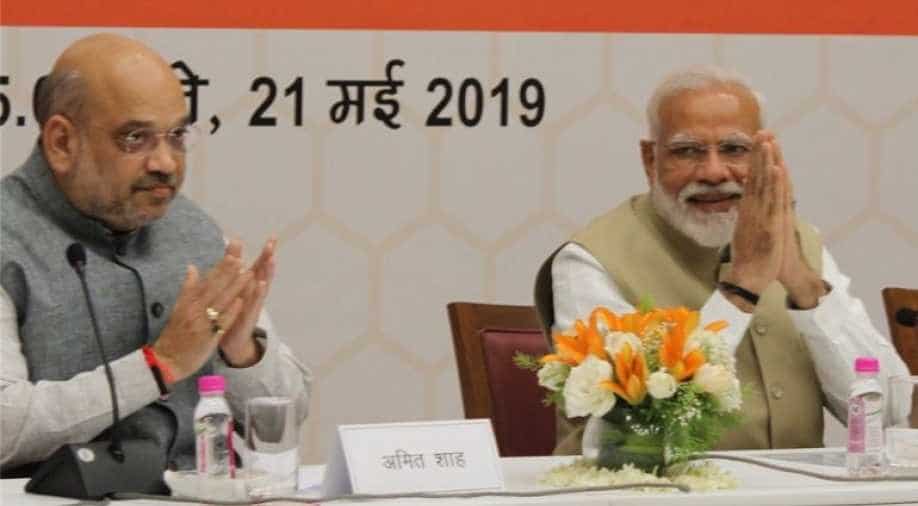 Prime Minister Narendra Modi has changed the status quo of politics in Jammu and Kashmir which was considered impossible.

Whether you like it or not, Narendra Modi-Amit Shah model has unleashed new politics in India. One can call it politics of change which continuously challenges the status quo.

This combination has ended the politics of status quo which afflicted Indian politics and our international positions for a long time. By doing away with Article 370, Narendra Modi has shown that he means business when it comes to the core agenda of the RSS family.

The idea of abrogation of Article 370 was not born yesterday. It has been one of the original demands of Shyama Prasad Mukherjee who founded Jan Sangh and, very famously, coined the phrase, "Ek desh mein do vidhan, do pradhan aur do nishan nahi rah sakte hain."

It is a demand which has been part of BJP’s manifesto that was strongly supported by RSS. And hence, what Modi has done is to commit himself to the core idea of his party by changing the status quo of politics in Kashmir which was considered impossible. There can be reasons for and against the way Article 370 has been repealed, but the fact remains that he has done it. It will be appreciated by most Indians as it cements his image as a strong and committed leader.

Modi is also not the first person to take important decisions after earning landslide victory in the Lok Sabha elections. Indira Gandhi, after winning the war with Pakistan, hammered out an accord with the Kashmiri leader Sheikh Abdullah when the former had to agree that clock cannot be reset and pre-1953 status of Jammu and Kashmir cannot be restored.

Similarly, Narendra Modi after 2019 victory has taken the bold decision to end Kashmiri exceptionalism in Indian politics. Nation making is not cast in stone and laws and norms must reflect the moorings of the society.

Today, Article 370 cannot be seen in isolation as it serves as a deterrent to prevent integration of J&K with India. Article 370 is a debate which has caught the imagination of many Indians who feel confident in a resurgent India wants status quo born out of partition to be changed forever.

The abrogation also ends the debate on what the Indian government can/should do with Kashmir. There will be international repercussion and, maybe, bigger domestic ones but it will not change anything on the ground per se.

We should also not forget that Kashmir also comprises Batalik, Kargil, Turtuk, Ladakh and Jammu region and their aspirations cannot be lost to radicalism which is emanating from Southern Kashmir.

Yes, there will be questions about the detention of state leaders and less time given to Parliament to debate the bill, but no one would argue that status changing step has not been taken. Whether it is demonetisation or triple talaq, BJP has successfully changed the status quo of politics in India. The best example is Balakot strike where Modi used the air platform against Pakistan which was considered impossible some years back.

Lastly, Opposition parties will have to creatively deal with the politics of positive nationalism. Any idea which public would see as going against the national unity would massively boom rang.

Though it does not mean that BJP will not have any hill to climb. The top focus of the BJP will remain to tackle violence in the valley. If BJP is able to control the urban centres and restore the normalcy in Kashmir, it will be a victory, but in case the situation becomes worst, then BJP may have to rue this for a long time.

But there are always big ifs before and after momentous decisions and no one can take away from BJP that it has, indeed, taken a big decision by reorganising the state of Jammu and Kashmir.