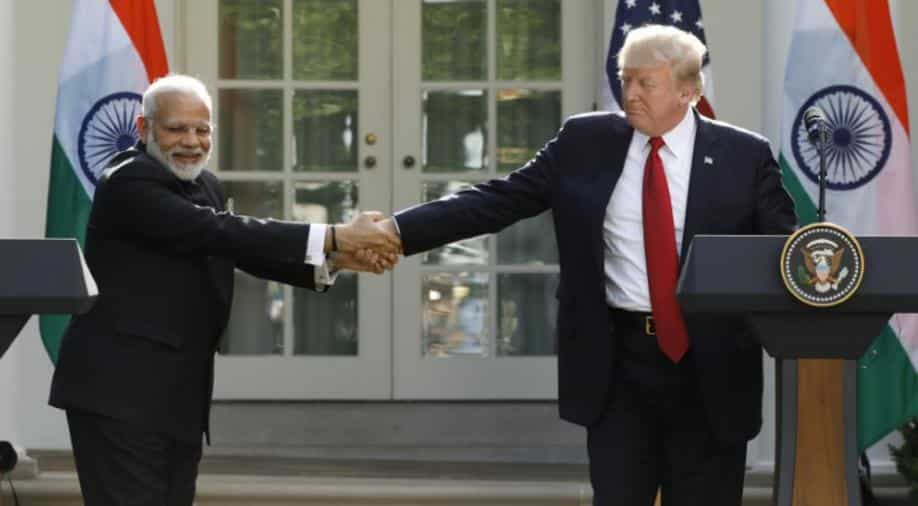 India can balance the relationship with the US and Russia through diversion of some of the arms and technology purchases to the US arms market and hope for waivers to CAATSA.

For the better part of five years, the Indian economy has had it good with international energy prices being comparatively low, the global economy in shades of recovery and the geopolitics affecting energy being mostly stable. In spite of the situation in the Middle East being somewhat turbulent, with wars raging in Syria and Yemen, major energy sources have been largely unaffected while the sea lanes facilitating shipping have remained open.

The Iran Nuclear Deal of July 15, 2015, struck under the leadership of former US President Barack Obama, gave Iran a reprieve from sanctions and thus largely freed up its energy trade facilitating nations such as India, the third largest consumer of hydrocarbons in the world. Since oil prices are cyclical, they are now peaking again.

How did the price rise re-commence after the progressive fall occurring till 2014? Firstly, the Organisation of Petroleum Exporting Countries (OPEC) and its allies, including Russia, decided to withhold output from January 2017 in order to dry up the surplus stock. There was a consensus to give an impetus to prices which had started to fall in 2014 just before the NDA government came to power. In fact, the reduction amounted to approximately 750,000 barrels per day (bpd) from the higher ceiling production.

Prices have continued to rise on the back of the second major factor, the resumption of sanctions on Iran after the US pulled out of the Iran Nuclear Deal in 2018. Iran exported 2.5 million bpd after sanctions were last lifted. In 2012, this had been halved when sanctions were first imposed. India imports 83 per cent of its energy needs and is, therefore, one of the first to be affected by the price rise. As the Iran issue ratchets up further, the potential of prices of Brent crude touching 100 USD per barrel is high and there also remains the risk of a trigger sending it even higher if the US and its Middle East allies attempt to do anything offensive in military terms against Iran.

There have been two immediate effects on the Indian economy due to the oil price rise. As per a Goldman Sachs report, India’s current account deficit could be 2.4 per cent of GDP in 2018-19 as compared to an earlier forecast of 2.1 per cent. A high deficit means the country has to sell rupees and buy dollars to pay its bills. The value of the rupee then falls as it has over the last six months. The Rupee has depreciated by 14 per cent against the dollar in the last 10 months. The rupee depreciation and high oil prices adversely affect sectors such as aviation, transportation and consumables besides a host of others. Higher crude oil prices, trade deficit, and the exit of foreign investors from India pull the rupee down. US Fed’s interest rate hike combined with protectionist measures has hit currencies in emerging markets, including India.

A brief review of the trade wars between the US and China is necessary to get an idea of the havoc potential, which is being predicted by many. In a second round, there have been tariff hikes on 200 billion dollars worth of Chinese imports; it’s currently only 10 per cent but could go up to 25 per cent once the Chinese retaliate. India being thus far relatively free of the turbulence from tariff increases, except in the area of steel and aluminium exports to the US, senses an opportunity to step in to replace China in the supply of many of the goods slapped with increased tariffs. If India can resolve the issues connected to imports of some US goods through the generalized system of preferences (GSP), it may be able to gain much greater access. However, at the end of it all, it is President Trump’s reaction and response which will dictate the course.

China, Russia and Iran are the three countries around which the dynamics of India’s relationships will dictate the course of its foreign policy; the eco-strategic considerations being extremely high. The links with each of the above will need to be orchestrated in such a way that the relationship with the US is not adversely affected. The US badly needs India to balance the none too peaceful rise of China. It also knows that there are huge economic stakes in the Sino-Indian relationship.

However, it is the Iran equation which the US probably takes most seriously. In a recent meeting with major oil producers, Prime Minister Narendra Modi sought a review of payment terms as part of the Indian government’s strategy to help counter a depreciating rupee and provide more flexibility in the purchase of energy from Iran. However, not much is likely to change on this front as the dollar trade system is well embedded and the US has no intention of changing it despite its own stakes in Middle Eastern energy having reduced to almost nought. India’s interest clearly lies in continuing to purchase Iran’s oil so as to pursue other strategic interests such as the Chabahar port and access to Afghanistan. However, it is likely to become an early victim of Countering America’s Adversaries through Sanctions Act (CAATSA) being invoked to coerce it into withholding all economic ties with Iran, thus placing it in a strategic quandary. However, it can balance the relationship with the US and Russia through diversion of some of the arms and technology purchases to the US arms market and hope for waivers to CAATSA.

The waiver for S-400 continues to be used as a coercive tool to influence India’s strategic behaviour. As India approaches its own general elections, the compulsions of domestic politics, dynamic economic factors and the geopolitics revolving around the US, Russia, China and Iran equations, are going to create an environment of thorough unpredictability. The government will need to wade through this very gingerly.