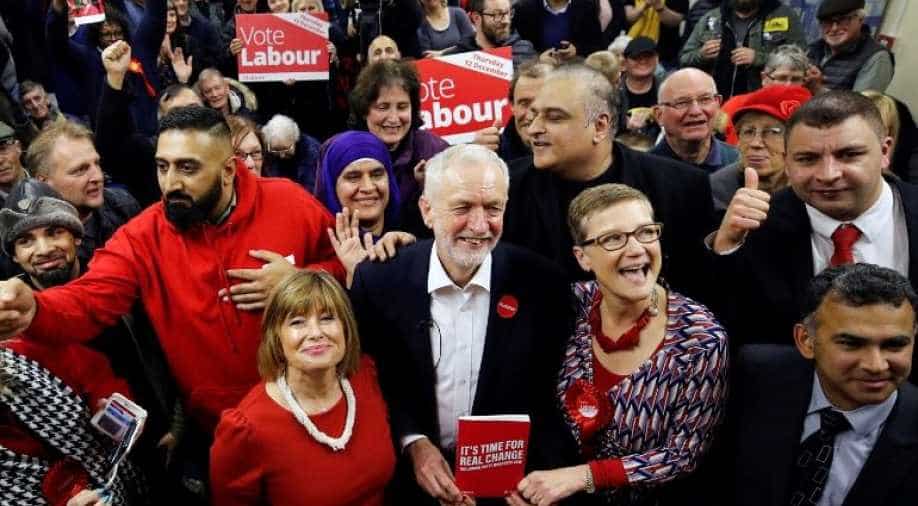 The Labour Party of the United Kingdom continues to offend India by interfering into its internal affairs. Its recent utterances also have the potential to drive a wedge in the UK’s South Asian community in general and British Indian community in particular.

As the country gears up for midterm 2019 General Elections on December 12, the Labour Party released its Manifesto on November 21. The party once again has clubbed the situation in Kashmir with un-comparable situations in other parts of the world such as Yemen and Myanmar and put it into the category of regions witnessing “World’s most pressing humanitarian crises”.

In addition, while offering to apologise, if voted to power, over the Jallianwalla Bagh massacre of April 13, 1919 ( when a British General had opened fire on unarmed Indians in Amritsar and killed hundreds of innocent people ), the party has mischievously also assured to review the role played by the British Government during Operation Blue Star in 1984 (when the Indian Armed forces had moved into Golden Temple Gurudwara in Amritsar to flush out terrorists).

The erroneous reference to Kashmir in the Manifesto is a reiteration of what was stated in the “Emergency Motion” which the Labour Party delegates had passed two months ago on September 25, 2019 at Party’s annual conference in Brighton. In fact, the Motion contained many more highly objectionable statements. For Instance, it urged the Party Leader Jeremy Corbyn to “accept that Kashmir is a disputed territory and the people of J&K should be given the right of self-determination in accordance with UN resolutions”. It went on to allege that “the enforced disappearance of civilians, the state-endorsed sexual violence of women by armed forces and the overall prevalence of human rights violations in the region not only continues but has exasperated further in the past week”; the “past week”  was an obvious reference to the abrogation of Article 370 of Indian Constitution and the administrative bifurcation of the State of Jammu and Kashmir into two Union Territories.

In its official reaction within hours of the adoption of the Motion, the Government of India had dismissed it as a “vote bank politics”, while regretting the uninformed and unfounded positions taken by the Labour Party delegates. While taking note of the fact the British government has called Kashmir a bilateral issue between India and Pakistan, the Government Spokesperson made it clear that there was no intention to engage the Labour Party on this issue. The Indian High Commission in the UK, however, cancelled a scheduled dinner with Labour friends of India so as to register its disapproval of the Motion.

The Indian diaspora in the UK was, however, not as mild in its reaction as the official Spokesperson of India. It was quick and firm in expressing its dismay and disappointment. In a strongly worded letter  addressed to party leader Jeremy Corbyn, over 100 British -Indian  organisations, representing diverse Indian communities, were explicit in conveying that the Party motion was not acceptable to them as it sought “to interfere in internal matters of and between the  third countries” and was drafted in a “one-sided and partial manner”. The diaspora expressed its deep concern over the wider attempts to drag Kashmir into UK’s domestic politics which it said would have ramifications for the communal harmony in the UK. The diaspora went on to warn the party that it would reconsider the level of engagement with Labour Party.

In the wake of the backlash from the British Indian community, the Labour Party took some damage-control steps. The Chairman of the Party Ian Lavery acknowledged that the language used in the Emergency Motion has caused offence to not just sections of the Indian diaspora but to India itself. Lavery went on to underline "Kashmir is a bilateral matter for India and Pakistan to resolve together by means of a peaceful solution..."

The damage has, however, been already done. An opinion poll of British Indian voters by Optimus reveals the declining popularity and support from British Indians for the Labour Party for which they are known to have voted in the past. The estimated 1.5 million British Indian community has several wealthy and influential members; in some of the constituencies, up to 40 per cent voters are of Indian origin and thus have the potential to influence the outcome.

An apology from the elected British Government over Jallianwala Bagh massacre is overdue and if it comes the British would not be doing a favour to Indians. However, any review of the Operation Blue Star has the potential to re-open the wounds and drive a wedge between the Hindu and Sikh communities.

In short, the Labour Party must realise that it has no legal or moral right to comment upon issues which are internal to India. The Party should also tread with caution while dealing with issues which involve the sensitivities of the people in India and Indian diaspora in the UK. Dividing the South Asian communities in UK will only backfire to the disadvantage of communal harmony in that country where the society is already divided over the vexed issue of Brexit.

The Labour Party Manifesto is titled: “It is Time For Real Change”. Yes indeed; it is time for the Labour Party to change its attitude towards India.