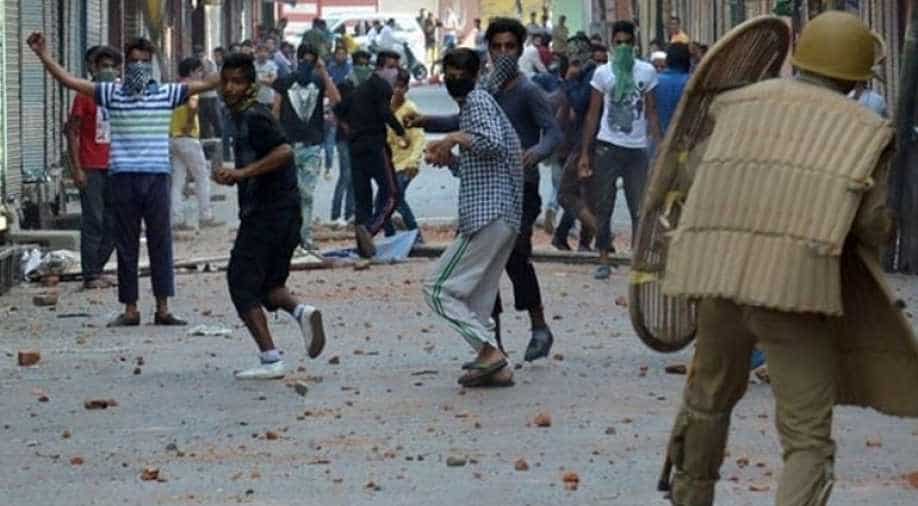 Irrespective of who comes to power in India, Islamabad will continue to pursue its designs

India has won a diplomatic victory by having JeM chief Masood Azhar proscribed by the UN Security Council. Its direct, on-ground effect may be marginal, but the connected effect with many other factors could still be a significant contributor especially towards influencing the future situation in J&K. While the internal situation in Pakistan is at a new low due to the serious financial crisis being suffered and it is under all kinds of pressures internationally to stop its sponsorship of terror, there can be no certainty that this is going to have any impact. The Pakistan military leadership seems to have suddenly imposed on Prime Minister Imran Khan the very same set of advisors as were available to Parvez Musharraf in his heyday.

Three months after Pulwama, the situation in Kashmir is currently stable with violence at a lower level, no reports of any major infiltration and the LoC relatively quiet after high energy duels which followed Pulwama and then Balakot. Is Pakistan going to sit easy after a bit of chastising or will it up the ante once again through proxies, after the Indian general elections? This needs serious pondering but on one basic presumption; irrespective of who forms the next government in India, Pakistan’s attitude is unlikely to change. Imran Khan’s statement that chances of an agreement on J&K would be highest if Narendra Modi returns to power, does not have much meaning considering the deep state’s attitude towards the Modi government remained intensely negative even when genuine attempts were being made by India to create the right environment for initiatives in 2015.

For sure the Pakistan Army is not going to turn angelic with any sense of regret. Its perception is that it handled the post-Pulwama situation with no trepidation and does not seem to be unnerved by the flurry of support India received. Sources state that perception seems to prevail that below the threshold of conventional conflict where Pakistan repeatedly engages India, it can match it incident to incident and response to a response.  Abdication of J&K would mean a waste of investment of 70 years of general effort and 30 years of focused one.

There is a likelihood that it will perceive an advantage in a switch off for tactical purposes with a comeback adopting a new strategy. What could embolden it to follow such a policy is the fact that the international strategic environment may be temporarily not in its favour but there is no permanence to such situations.   It may, therefore, be willing to bide its time before returning with vengeance. Besides that, there is the entire issue of the ‘friendly’ terror groups. Kept restrained they are likely to implode internally causing a problem for the government and the Pakistan Army. Fighting them in the heartland areas of Punjab is going to be much more challenging, unlike the last time when the Tehreek-e-Taliban Pakistan (TTP) had to be neutralised closer to the border areas under Operation Zarb-e-Azb and there was unrestricted use of heavy firepower.

If Pakistan, therefore, decides to take a tactical break as it probably did in 2011-12, then it is likely to come back with a fresh strategy. The revival of militancy or terror to levels of the early 2000s is near impossible as neither the numbers nor the finances are going to permit that. An intelligence appreciation reveals that more than just militancy and terror, the most effective way the proxy war in Kashmir has caused problems for India has been through the agitation mode (once called ‘agitational terror’ by the Indian Army). Mass agitation was a means of resistance in the Nineties too but the one which commenced in 2008 from my doorstep at Baramula was far more lethal. By that time the separatists under full guidance from across had set up effective networks for finance, drugs, media and legal coverage, besides information and psychological outreach. Hurriyat leader SAS Geelani had apparently taken a leaf from the essay of the American author Gene Sharp, ‘198 Ways of Non-Violent Revolution’, which also inspired the Arab Spring.  The agitation converted mere street protest to stone throwing, unnerving the security forces (SF), who anywhere in the world are comfortable handling terrorists but never stone throwers; Israel has the same dilemma although it uses far more force to neutralise agitators. There is a manifold difference between just terror or criminal acts in terms of effectiveness and impact. Firstly, alienation runs much higher when people are at the forefront and mob control, not being among our strengths, the probability of creating ‘martyrs’ is always high; it helps the separatist cause. Secondly, everything for the separatists and the deep state is within manageable proportions with no possibility of triggers that may invite strong Indian retaliation. Within that threshold maximum traction is gained by the involvement of the public; especially when it reaches a stage where women and children get involved. Kashmir could sustain 2008, 2009 and 2010 before a ‘rest period’ was mandated.

It’s a challenge for the police as well as the Army, which cannot absolve itself of responsibility being the element of last resort. It is a domain no SF wishes to tackle because either way blame always comes on it. Unfortunately, perception prevails among those who have never witnessed street turbulence of this nature that these are protests akin to those seen in some of the metros; actually, these mobs are murderous with intent to kill and maim security personnel. Insufficient public and media sensitisation has led to this perception but equally not enough research has been done to specifically handle such mobs while minimising own casualties and those of civilians.

So while things may be quiet in Kashmir, the situation should be monitored carefully. Post election, things are likely to change. Simultaneous with everything we do it is important to revisit the long pending issue of developing better information handling capability. It’s something inexplicable why India does not invest in something which has paid such high dividends to our adversaries. More on that later.