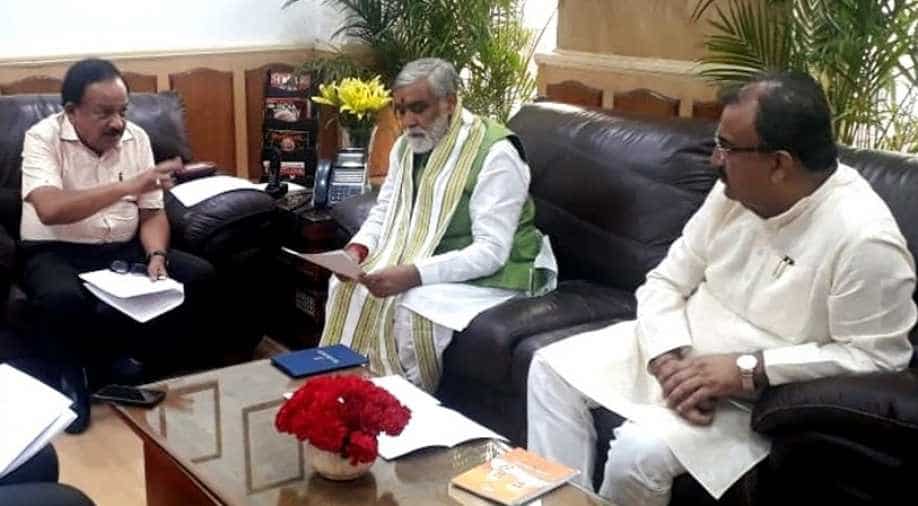 Union health minister Dr Harsh Vardhan held a meeting with Pandey and assured all support and assistance to the state government.

The death toll has climbed to 57 due to Acute Encephalitis Syndrome (AES) in Bihar's Muzaffarpur. "Out of the total number, 47 children have died in Sri Krishna Medical College and Hospital (SKMCH) while 10 succumbed at the private Kejriwal Hospital," state health minister Mangal Pandey told the media persons on Friday.

He added that more beds are being provided in both hospitals. The state government has constituted a team comprising one professor, three associate professors, four assistant professors, nine senior residents and 15 junior residents are looking into the crisis.

Union health minister Dr Harsh Vardhan held a meeting with Pandey and assured all support and assistance to the state government. "I have held two meetings with the Bihar health minister and assured him of providing of all possible help," said Vardhan.

He further added that a team of doctors from the Centre visited both hospitals where children are being treated and has been advising the state government in management and containment of the cases.

He pitched for an extensive awareness campaign. The union health minister said people should be sensitised to the need for taking their children for timely treatment to nearby primary health centres (PHCs) before the child gets critical. "Timely identification of the symptoms of hypoglycemia shall hugely contribute to timely and effective treatment. The children should be brought to the PHC as soon as these symptoms are noticed," he said.

Encephalitis is a viral infection which causes mild flu-like symptoms such as high fever, convulsions, and headaches.