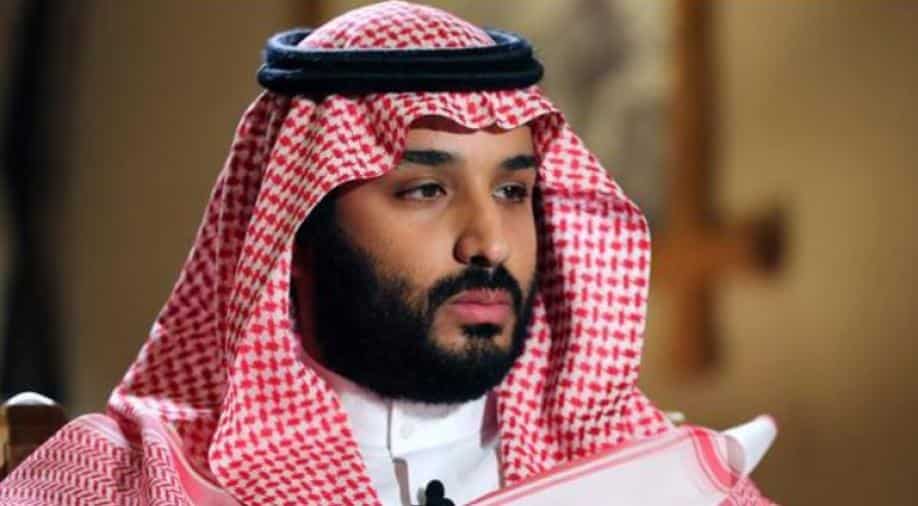 Jamal Khashoggi went to the Saudi embassy in Istanbul in good faith. He is a good man and a fine journalist. His is a voice of reasoned criticism and wise comment that the Saudi crown prince should listen to.

On October 2, Saudi journalist Jamal Khashoggi went into his country’s consulate in Istanbul. He has not been seen since. The Saudis claim he left the consulate the next day. But if that is true, why did he not immediately contact his fiancée who was waiting outside the building?

Turkish authorities say they have examined CCTV footage, and there is no evidence that Khashoggi did leave the consulate. They insist he is still inside, and, if that is the case, then he is being held against his will. The fear is that he may have already been spirited out of the country and flown to Saudi Arabia. The Saudis have a form for such shenanigans: In the past two years, three princes, members of the ruling House of Saud, have disappeared from European cities and turned up in Riyadh, victims of state-organised kidnappings.

Jamal Khashoggi has a long career as a distinguished journalist. In 2003, he was appointed editor-in-chief of the leading Saudi newspaper Al Watan. The job didn’t last long. Barely two months in, he was sacked for publishing articles critical of the conservative religious elite. His subsequent career followed the same trajectory. He is a brilliant journalist with a fiercely independent mind but with a wily pragmatism to know just how close to the red lines he could go. He returned to Al Watan in 2007 and managed to remain at its helm for three years. His general strategy was to survive in his post until an article that was just a tad too critical got him into trouble. Then he would lie low before re-emerging. That takes a great deal of courage, especially in a country like Saudi Arabia.

In 2010, Saudi business magnate Prince al-Waleed bin Talal asked Khashoggi to head his new media project, Al-Arab News Channel. It was envisioned as an independent, privately-funded Arabic news broadcaster, designed to offer objective, agenda-free coverage of current events in the region. Five years later it was finally launched in Bahrain’s capital Manama but was almost immediately shut down after airing an interview with a Bahraini opposition leader.

In September of 2017, Khashoggi, with other colleagues, left Saudi Arabia in the midst of a wave of arrests of clerics, academics and human rights activists. Amongst those arrested, and now facing charges that could lead to the death penalty, is the moderate cleric Salman al-Awdah.

The Saudi Crown Prince Mohammed bin Salman, or MBS as he is known, has embarked on a radical transformation of the Saudi economy and society called Vision 2030. Its intention is to wean the kingdom of oil dependency while at the same time creating a vibrant private sector with a diversified economy. And while Vision 2030 talks a good deal about transparency and fulfilling the wishes of the people, in reality, the model that MBS likes best is China’s, with its command economy controlled by an elite shaping a society where criticism is fiercely repressed.

Mohammed bin Salman followed up on the September 2017 arrests with what was called a campaign against corruption. Over 200 leading businessmen, including Waleed bin Talal, as well as senior members of the ruling family, were detained in a series of raids in November of last year. They were held at Riyadh’s five-star Ritz-Carlton Hotel and only released after agreeing to turn over the bulk of their assets and control of their companies to the government. Though the authorities claimed due process was followed, it was, in fact, a classic shakedown.

MBS had generated favourable global headlines with his decision to allow women to drive. However as the deadline approached in June of this year, he proceeded to arrest women activists who had campaigned for their rights. The message was clear: It wasn’t the pressure of activists that led to the decision, it was only the generosity of the crown prince that enabled the only women in the world banned from driving to finally be allowed to get behind the wheel.

Further arrests followed, including that of Samar Badawi, the sister of the jailed blogger Raif Badawi. Raif’s wife had fled to Canada with their children in 2012, and they are now Canadian citizens. When the government of Canada protested Samar’s arrest, as well as that of other women activists, the Saudis reacted with fury. Claiming infringement on their sovereignty, they recalled their ambassador, gave his Canadian counterpart 24 hours to get out of Riyadh and froze all new business and investment deals. Thousands of Saudi students studying at Canadian universities were ordered to come home.

In September, in a move with eerie and disturbing echoes of Stalinism, satire was banned: “Producing and distributing content that ridicules, mocks, provokes and disrupts public order, religious values and public morals through social media … will be considered a cybercrime punishable by a maximum of five years in prison and a fine of three million riyals ($800,000),” the kingdom’s public prosecution announced in a tweet.

And now Jamal Khashoggi has disappeared. In his first article for The Washington Post after leaving the kingdom, he had written: “My friends and I living abroad feel helpless. We want our country to thrive and to see the 2030 Vision realized. We are not opposed to our government and care deeply about Saudi Arabia. It is the only home we know or want. Yet we are the enemy.”

Indeed as Vision 2030 shows signs of faltering, repression deepens. One of the ironies of the Mohammed bin Salman regime — and for those affected, it is a cruel one — is that individuals who were supportive of the vision very quickly fell under the suspicious gaze of this impetuous young man who started to see enemies everywhere.

The message that the young crown prince strives to impart in the West, at least, is that the kingdom is open for business; that it has returned to moderate Islam; allowed movie theatres to open; that it displays progressive thinking by, for example, granting women the right to drive; but arrests the women activists who campaigned for that right. The disconnect between many of the good economic reforms MBS wants to secure and the way he is using his power to crush dissent grows ever wider by the day. And it begs the question, What is he afraid of?

Was he worried that women campaigners, by seeking more rights, would undermine his authority? Did he think that Salman al-Awdah, with his 14 million Twitter followers, would seek to turn them against him? Did he fear that a fearless journalist writing for an influential Washington publication would weaken his standing in DC?

All of these people supported Vision 2030. They could have been his allies as he launched this bold and necessary project to transform the country. Instead, as Jamal Khashoggi wrote, he treated them as if they were the enemy. These are the anxieties not of a powerful leader, but of a man who is, in point of fact, displaying grave weakness.

I fear for Jamal Khashoggi, who went to the Saudi embassy in Istanbul in good faith. He is a good man and a fine journalist. His is a voice of reasoned criticism and wise comment that the Saudi crown prince should listen to. The thought that he might be forcibly repatriated back to the kingdom to face charges that could lead to a long prison sentence, or worse, fills me with dread. So I hope that good sense and common decency will prevail and he will be allowed to leave.

(Bill Law is an award-winning journalist)