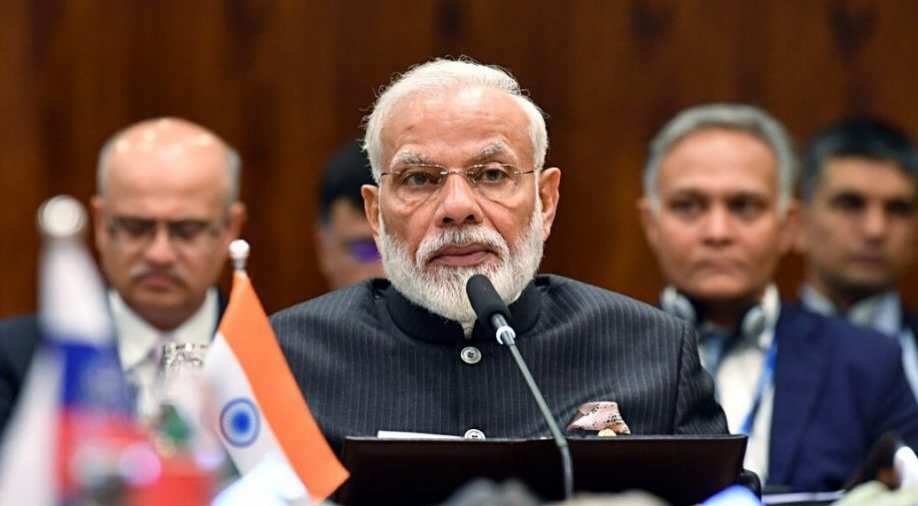 India has to maintain the balancing act between Russia-China on the one side and the US on the other.

BRIC was formed as a formal grouping in Saint Petersburg in September 2006, with the 1st official summit being held in June 2009 at Yekaterinburg in Russia. BRIC became BRICS only in 2010, with the entry of South Africa, in addition to already existing members - Brazil, Russia, India and China.

In a breakthrough at the 6th BRICS Summit in Fortaleza in Brazil 2014, India got the presidency of the New Development Bank (NDB)— the name that Narendra Modi had endorsed. It was launched with an initial capital of $50 billion after the leaders signed the "Fortaleza Declaration". While China walked away with the bank’s headquarters, to be located in Shanghai, Modi got Beijing to agree on equal shareholding rights for all members.

NDB's Articles of Agreement specify that all members of the United Nations could be members of the bank, however, the share of the BRICS nations can never be less than 55 per cent of the voting power. From an Indian perspective, BRICS has emerged as the voice of developing countries on diverse issues like WTO, climate change, inclusive development and mutual cooperation in areas including trade, finance, health, agriculture, energy, space, culture, education, technology and IT.

Also, India has to maintain the balancing act between Russia-China on the one side and the US on the other. While India's stature in global affairs in the last five years under its dynamic Prime Minister Narendra Modi has seen an unprecedented rise, the current crop of BRICS leaders too are opinionated personalities — from Chinese President Xi Jinping to Russian President Vladimir Putin to Brazil’s President Jair Bolsonaro. Hence the shrewd deftness with which South Block, in the last five years under Modi, has taken the lead in galvanising BRICS to take a strong stand against terrorism, putting aside conflicting domestic agendas, is commendable.

Last year at the 10th BRICS Summit, the joint working group on counter-terrorism decided to constitute sub-working groups in five areas: terrorist financing; use of Internet for terrorist purposes; countering radicalisation; the issue of foreign terrorist fighters; and capacity-building.

During meetings of National Security Advisers of BRICS, India’s NSA Ajit Doval put forward a proposal to host a BRICS workshop on digital forensics in India. Brazil also made terrorism one of the priorities for its presidency. It held the first BRICS seminar on Strategies for Countering Terrorism. The focus on countering global terrorism will be even more pronounced this year at the 11th BRICS Summit in the wake of recent terrorist attacks on Israel on 12th and 13th November 2019, with Israel being bombarded by over 250 rockets and missiles by the radical Islamic Jihad and Palestinian militants.

That BRICS put counter-terrorism on top of the agenda has been a huge diplomatic victory for Narendra Modi and India as was evident even in the BRICS Summit in Xiamen in September 2017, with China as the chair, despite the strained ties at that point,due to the standoff in Doklam.

Coming back to the 11th BRICS Summit in Brasilia in Brazil, it has been an excellent opportunity for India to lay the foundation for hosting the 2021 Summit, scheduled in India after the last BRICS Summit that took place in Goa in 2016. India will also be hosting the G20 Summit in 2022, and the current summit is an opportunity to harmonise the two agendas from New India's perspective. PM Modi also expressed satisfaction that MOU between trade promotion agencies of BRICS will help to achieve the target of USD 500 billion intra-BRICS trade target going forward, among other things. He also mentioned about India's programme of Fit India and proposed for a BRICS Youth Summit to promote Start-Ups and Hackathons.

This year in 2019, "BRICS-- Economic Growth for an Innovative Future" was the theme. In the Summit, apart from Brazil's decision to allow visa free entry to Indians and agreement on bilateral cooperation in areas like bio fuels, post harvest technologies and animal husbandry, clearly, Xi Jinping's invite to PM Modi to China for the 3rd informal summit between the two nations in 2020, hogged headlines.

This is significant as it comes close on the heels of the 2nd informal Summit at Mamallapuram in Chennai last month between the two world leaders. The leaders further reviewed the ongoing preparations for the celebration of the 70th anniversary of the establishment of diplomatic relations between India and China in 2020. The leaders also reiterated the importance of maintaining peace and security in border areas and exchanged views on many issues including RCEP, WTO and BRICS.

Besides China, Prime Minister Narendra Modi's meeting with Russian President Vladimir Putin at Brasilia garnered attention. It was the 4th meeting of the two leaders in 2019, after Modi’s visit to Vladivostok in September 2019, underpinning how Russia is one of the pivots of Modi's foreign policy outreach. The two leaders noted that the USD 25 billion bilateral trade target by 2025 has already been achieved. They further decided to hold the 1st bilateral regional forum between Russian Provinces and the Indian States in 2020, to do away with the trade barriers at the regional level. Russian President Vladimir Putin highlighted the potential of the Arctic region in natural gas and invited India to invest in the region.

The leaders also reviewed the progress made in the Infrastructure sector, especially railways including raising the speed of the Nagpur-Secunderabad sector railway line. The leaders further noted cooperation between India and Russia in the Defence sector and Civil Nuclear Energy. Prime Minister Modi accepted the Russian President’s invitation to participate in Russia’s Victory Day celebrations in 2020.

In the final analysis, BRICS 2019 focussed on strengthening cooperation in the fields of science, technology, innovation and the digital economy. The annual summit also aimed to advance cooperation in the fight against transnational crime, especially organized crime, money laundering and drug trafficking.

Euro-Atlantic powers realize that India’s close relationship with the US and commitment to a liberal global order is what prevents BRICS from becoming a divisive, illiberal anti-Western coalition, led by Russian muscle power and Chinese money power. For instance, were Modi to boycott the Xiamen summit in 2017, amidst the Doklam standoff then, it would have been the death knell of BRICS, reducing this grouping to an incoherent bunch of expansionist powers like Russia and China on the one hand and tottering economies like Brazil and South Africa on the other. Brazil and South Africa, which in the last few years have wandered aimlessly from one domestic economic crisis to another have increasingly started looking at South Block to enhance bilateral cooperation to prevent further marginalisation.

BRICS, which in many ways is redefining multilateralism and multiculturalism, has emerged as a template for cooperation between emerging powers and a useful instrument for India to fight the agenda-setting monopoly of Atlantic powers, in its quest for a greater role in global governance. Above all, if BRICS has furthered the cause of a multipolar world, the credit for this unarguably goes to Prime Minister Narendra Modi's foreign policy outreach that is both inclusive and global in its approach, but with "India first", being the guiding diktat.

'Emergency meeting': Is Among Us the new Pokémon Go?

Trump is giving up