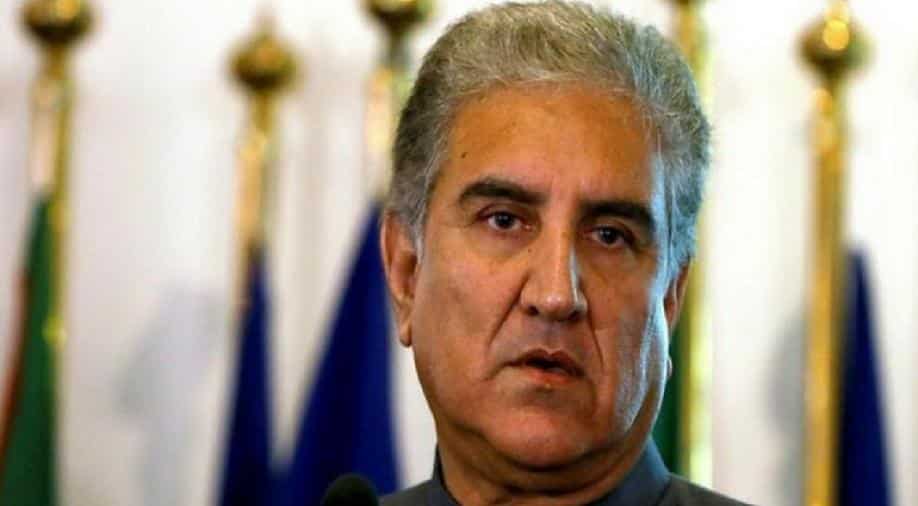 India exposed Pakistan's duplicity in dealing with Terror while Pakistan raked up Kashmir.

When it's United Nations General Assembly, fireworks are bound to happen especially when it comes to India and Pakistan. This time was no different. Rancour ruled as India and Pakistan clashed. India exposed Pakistan's duplicity in dealing with terror while Pakistan raked up Kashmir.

In the midst of that, as a journalist, I wanted an interview with Pakistan's foreign minister Shah Mehmood Qureshi. He was on an interview giving mode, giving interviews to many western media outlets and speaking at various places including Asia society in New York. But not one to any Indian media.

I tried approaching Pakistan High Commission, who clearly said, I should have approached earlier since the schedule had been made. Standard reply for any mission if one has to say no.

So my best chance was SAARC meet. Luck was partial with me. I was in the room where SAARC meeting was to happen on September 27. Pakistan's foreign minister was first to enter. I immediately got my mike and asked him politely that can I get small 2-5 minutes interview. But his officials were quick, saying no to it.

The second chance was at the Asia Society. I rushed to the society as soon as I got to know it. Since it was an invitation-only event, I waited outside for 45 minutes. As soon as the event got over, I rushed to get his byte/interview. This time the security came in. Still, managed to shout a question to him. I asked, "Mr FM, What will be the focus of your UNGA Speech?". He smiled back and replied, "come and listen". And then I was whisked away by the security.

My third and final chance was something that gives me goosebumps. I was informed that Qureshi is holding a press briefing. The presser was at the Roosevelt hotel in New York. This hotel is Pakistan's national airways -PIA's property. Most Pakistani ministers and officials stay here during the visit to New York, and Qureshi being the finance minister of Pakistan was no different. The PC was at 6 pm New York time on September 29, a few hours after his speech at UNGA.

The speech full of anti-India rants was the repetition of established Pakistani policies and statements. Hoping it was my last chance to get him, I rushed to the hotel. I was frisked by US security officials who are given to most visiting dignitary for UNGA. I sat on the last seat.

The room was full of all Pakistani media and every Pakistani diplomat, including Islamabad's permanent representative to UN, Maleeha Lodhi. Qureshi's presser had nothing new to offer except anti-India stuff. But then came the moment. A tall guy came to me and started asking me questions-- enquiring who am I.

He suspected me to be from Indian media and he made me know they are not welcomed. He then asked me to show my ID-- I showed my UN card. He looked at it, and then it was clear to him that I was an Indian. He did not like my presence.

He asked me in heavy Urdu accent, "apka name list mai nahi hai." I thought before I can land in some trouble, I better leave. My camera person was downstairs, so I told the person, let me get my camera person. He physically stopped me by sitting in front of me.

Luckily, before he could turn more aggressive, my camera person arrived and quickly I went to him and said let's leave. He was visibly perplexed at my behaviour to the extent that he said, "sid you came for byte and now the PC is still on and you are leaving". I didn't answer. Just said let's leave. But then the aggressive looking guy came near to us.

My camera person said he needs to drink water and for the next 5 minutes, the person who stopped me from leaving stood behind my camera person. Those 5 minutes seemed like 5 hours.

As soon as my camera person stopped drinking water, I grabbed him and rushed to the lift. Only when we were out of the building, I explained him the entire ordeal.