Beyond Article 370, India now has to plan Jammu and Kashmir's thoroughgoing integration into the Union 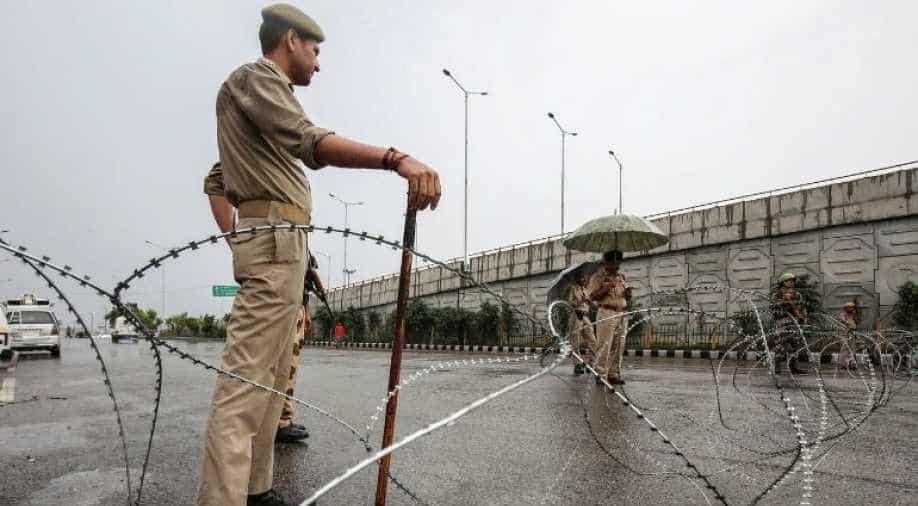 India needs to take into confidence, marginalised groups within the Kashmir valley whose voices had been throttled by separatist elements as well as political parties.

Now that Articles 370 and 35A have been revoked, certain short and long term initiatives from the central government need to be taken to put the Jammu and Kashmir (J&K) house in order.

Law and order: The first pertains to law and order, which is sensitive at the moment in the 10 districts of the Kashmir Valley. As and when restrictions are relaxed, pro-Pakistani elements will hit the streets. Pakistan is certain to use its contacts in the Valley to stoke the separatist fire and create trouble.

The mainstream political parties of the valley like PDP and NC have all along opposed abrogation of Article 370. When their leaders come out in the open in the next few days, they, too, are expected to pander to their respective political constituencies to arouse sentiments.

The key to the establishment of peace and harmony lies in the steps that the Centre takes to communicate with the people and convince them that Articles 370 and 35 A were impediments to progress.

Security forces will have to show utmost restraint and handle situations with tact. The Abdulla duo and Mehbooba can play a historic role if they abandon their old stand and call upon the people to unite behind India.

Statements emanating from the Pakistani leadership make it clear that they are not going to be silent witnesses to J&K’s full integration into India. The Pakistani PM has already said that there can be another Pulwama. Under the circumstances, our retaliation should be many times bigger, and deterrence stronger, should Pakistan attempt a misadventure.

India needs to take into confidence, marginalised groups within the Kashmir valley whose voices had been throttled by separatist elements as well as political parties. These include the Gujjars, Bakarwals and Pahadis, who will be more than happy to help the Indian cause.

Delimitation: The Union Territory of J&K is going to have its own legislature. Before elections to the UT are called, delimitation process of the electoral constituencies should be initiated. At present, the Jammu division has a larger area and bigger population than the Kashmir division, but in the Assembly, the Kashmir division had more seats, creating electoral imbalance.

After the delimitation process, the Jammu division would have the advantage of numbers in the state Assembly. Till now, politicians from the Kashmir Valley had monopolised the chief minister’s chair.

Tourism: Because of law and order considerations, tourism in the Valley has suffered a huge setback. Even the Amarnath Yatra had to be aborted. Measures have to be devised to strengthen and revive Kashmir’s world-famous tourism. The message that people from the rest of India love Kashmir and its people and visited the state in large numbers — even at the height of militancy — needs to be delivered.

Tour operators, shikara and house boat owners, hoteliers, taxi drivers, restaurateurs and dealers in dry fruits and handicrafts, should all be taken on board.

Apart from the Kashmir Valley, there are beautiful locales in Jammu and Ladakh. In addition, spiritual tourism needs to be promoted. Holy Buddhist and Sikh places of worship should be showcased before the world.

Pandit rehabilitation: One of the most important tasks at hand is to rehabilitate the displaced Kashmiri Pandits at places from where they were expelled en masse in 1990. The second generation of Pandits might not be willing to go back to the state.

Theatrics notwithstanding, separatist elements in the Valley are not going to welcome them either.

The following measures are imperative. First, Kashmiri Hindus still living in camps in Jammu, should be sent back to their homes in the valley. Their security is the responsibility of the administration.

Second, all houses and properties owned by Hindus, but forcibly snatched, must be restored to the original owners.

Third, some areas must be earmarked in the Kashmir valley where safe colonies

for displaced Hindus are created. The government should allot residential quarters to even those, who at present, are not in a position to return.

Development: With the bifurcation of the state in two UTs, plans for both the areas need to be envisaged separately. The Kashmir Valley can be developed as the world’s best tourist destination. The initiative will act as a confidence-building measure among the masses and act as a potent antidote to the Pakistani propaganda.

Environment-friendly industries also need to be set up and many leading Indian industrialists have already expressed their desire to do so. Both the Union territories of J&K and Ladakh are mountainous regions and conservation of their ecology is an important factor.

Islamabad indulges in a two-pronged strategy: On the one hand, it infuses jihadism among the masses and sends trained terrorists into Kashmir, on the other, it plays the victim card at international forums.

The separatist movement instigated on behalf of Pakistan in the Kashmir Valley is nothing, but an arm of the global jihadi movement led and propagated by Al Qaeda and IS. The world community has to be warned about it and be told in no uncertain terms that if this jihadist philosophy is not countered effectively, the world would be an unhappy place.

To defeat Pakistani propaganda, representations of Kashmiri Hindu delegations should be taken to world capitals in general and to members of the UN Security Council in particular.  Let the world know how India has suffered at the hands of jihadists.