Curtain comes down on BJP rule in Hindi heartland states 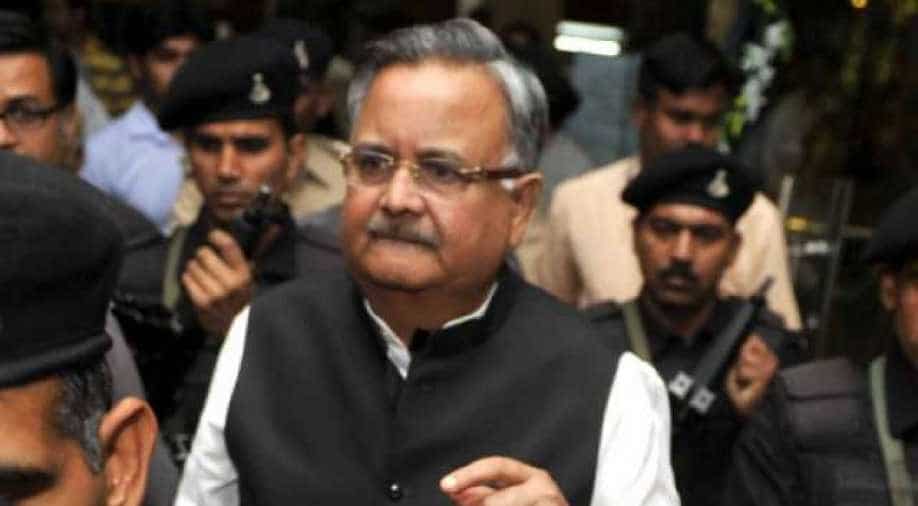 Anti-incumbency, unemployment, long-term impact of demonetisation, drawbacks in GST and poor governance are also factors that have cost the BJP dear.

With the announcement of results for Assembly elections 2018, the curtain has come down on 15-years of BJP rule in Chhattisgarh and Madhya Pradesh.

In Chhattisgarh, the Congress has trounced the Bharatiya Janata Party (BJP) and emerged victorious by winning 67 of the 89 seats for which results had been declared till Wednesday morning. It was also leading in one more constituency for which the result was awaited. The ruling Bharatiya Janata Party has been reduced to just 15 seats in the state Assembly having a total strength of 90. The Bahujan Samaj Party (BSP) has bagged 2 seats while its electoral ally, the newly floated Janata Congress Chhattisgarh, headed by former chief minister Ajit Jogi, has won 5 seats.

Anti-incumbency is being viewed as the main factor for BJP’s defeat in Chhattisgarh. Inner party rivalry, poor ticket distribution and the rebel backlash are also being cited as reasons for defeat by BJP insiders.

In Madhya Pradesh, it has been a neck-and-neck fight been the BJP and Congress. The counting of votes began in this central Indian state, along with the other states that also went to polls, at 8 am on Tuesday. It was a cliffhanger for both the ruling Bharatiya Janata Party and Congress as the trends kept swinging throughout the day while counting progressed. On Wednesday morning, when the final results came in, the Congress had stolen the show with 114 seats. The BJP has won 109, Bahujan Samaj Party trails far behind with 2 seats and the Samajwadi Party with 1. Four Independent Candidates also have been declared elected in the state.

Even as counting of votes was in progress for a number of constituencies in Madhya Pradesh, state Congress president Kamal Nath despatched a  letter to the state Governor on Tuesday evening to seek an appointment to stake the claim for government formation. This initiative was taken obviously to pre-empt a move in the same direction by the BJP as no party was gaining an absolute majority.

Besides, it’s committed voters and huge cadre base, supported and backed by the RSS, the BJP was banking heavily on chief minister Shivraj Singh Chouhan’s popularity and also the prolonged work done by the RSS-backed Vanvasi Kalyan Ashram and the Vivekanand Kendra to bring the tribals closer to the BJP. In Madhya Pradesh, there is a quasi-government body, the Jan Abhiyan Parishad, headed by the chief minister. This body loaded with top state government functionaries regulates and gives accreditation to registered NGOs to promote and implement government policies and programmes. This body was used to the hilt in the rural areas by the BJP, as in past elections, to garner votes.

The BJP was also sure of extensive voter support due to its student-centric schemes. About 15 million school students in Madhya Pradesh are receiving scholarships online. After Shivraj Singh Chouhan became chief minister for the third time in a row in 2013, the state government also began providing free smartphones bicycles, and boarding facilities to students.

These schemes failed to deliver the electoral advantage on expected lines to the BJP and Chouhan met his Waterloo with his much-condemned statement “no mother’s son can bring to an end the reservation system” besides the amendment to the SC/ST Atrocities Act. The BJP stand on these counts eroded much of its traditional support base.

The BJP also has suffered a huge backlash from the agrarian sector in the state. Mainstream media has reported how the insurance companies have benefited more than farmers from Narendra Modi government's crop insurance scheme. Police firing and suicide by farmers, loan burden, crop failure and poor handling of procurement and mismanagement of Bhavantar Yojna (scheme to pay the difference in minimum support price and the selling price) went against the BJP in Madhya Pradesh.

Anti-incumbency, unemployment, long-term impact of demonetisation, drawbacks in GST and poor governance are also factors that have cost the BJP dear.