Ashwin's 'Mankading' controversy: If it is legally correct then it should be in the spirit of the game 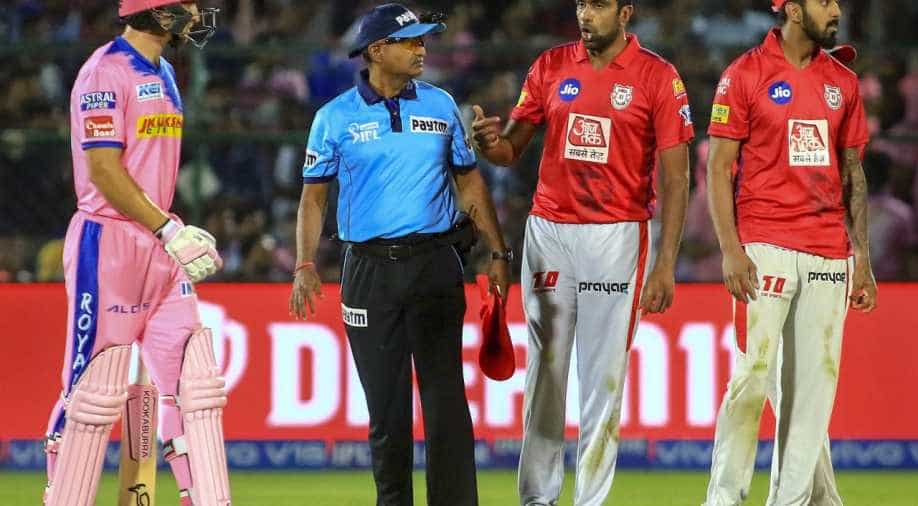 The twelfth edition of Indian Premier League has started, the level of madness is at its peak and fans are going crazy to support their favourite teams and players.

When it comes to cricket, Indians let their emotions rule their decisions just like after they blasted Ravichandran Ashwin's 'mankading' of Jos Buttler.

The incident happened in an IPL match between Punjab and Rajasthan when Ashwin ran out Rajasthan's Jos Buttler, who was at the non-strikers' end, without giving him any warning.

Buttler's dismissal changed the course of game and Punjab registered a win and earned two crucial points. The stature of a team is analysed on the basis of winning or losing, especially in IPL.

Ashwin saw an opportunity and used it. He does not have to explain why he ran out the Englishman.

Though he said, "On my part, it was very instinctive and it wasn't planned or anything like that. It's there within the rules of the game."

And he is right, the Marylebone Cricket Club (MCC), which is the custodian of cricket laws, had made subtle changes to the rules in 2017 on running out of non-strikers by bowlers in their run-up.

The law gives the bowler the right to run out the non-striker when he is about to deliver the ball.

The rule clearly states, "If the non-striker is out of his/her ground from the moment the ball comes into play to the instant when the bowler would normally have been expected to release the ball, the bowler is permitted to attempt to run him/her out."

If it is legally correct and the decision was made by the third umpire then it is in the spirit of game and debate should have ended on the ground itself.

The third umpire had the authority to declare the ball dead but he did not because Ashwin's call was legal.

Imagine what will happen if a wicket-keeper starts giving warnings to the batsmen for being out of the crease just to uphold the spirit of the game.

No, that's not possible and will never happen.

Ashwin has earned his reputation for contribution to Indian national team and he will be remembered for that.

The cricket fraternity is, however, divided on the 'mankading' incident. Spin legend Shane Warne even labelled it as "disgraceful" and against the spirit of the game.

The spectators need to understand that the spirit of the game is compromised over cheating, humiliating sledging, match-fixing, physical assault, etc. not because of playing the game according to the law mandating by the ICC.

And when it comes to the spirit of the game, Warne must remember the number of times the Aussies have crossed the red line.