Are Japan and Russia ready to resolve the Kuril Islands dispute? 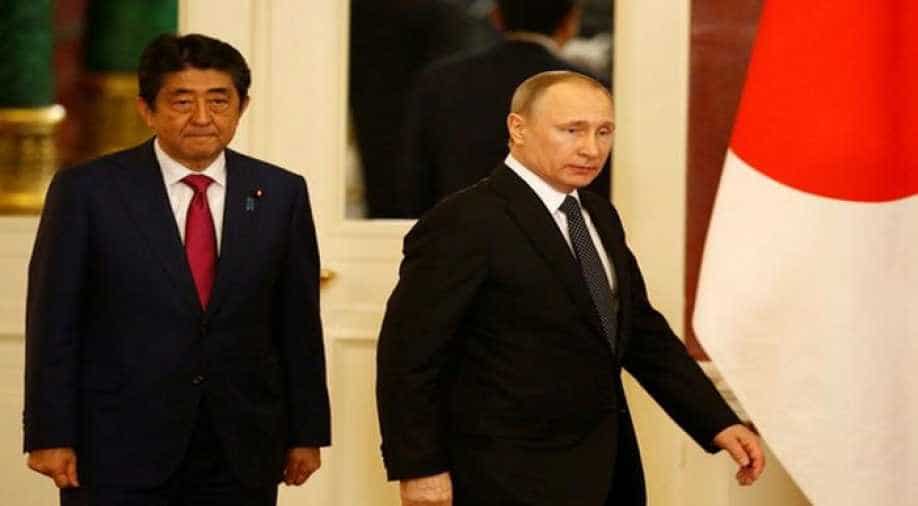 Russia and Japan have disparate views on the Kuril Islands that can only be overcome through significant concessions.

Last year, the 70-year-long territorial dispute between Russia and Japan over the Kuril Islands again rose to prominence. On September 12, at an economic development conference in Vladivostok, Russian President Vladimir Putin extended the surprising offer to mutually resolve the quarrel to his Japanese counterpart, Prime Minister Shinzo Abe. From this point, a flurry of diplomatic engagements, such as the November 14 meeting in Singapore and a Putin-Abe tete-a-tete on the sidelines of the G20 summit in Buenos Aires, gained significant meaning. High-level discourse is expected to continue for the foreseeable future, with Russian and Japanese foreign ministers meeting on January 14, and special envoys focused on a peace treaty to officially put an end to World War II have been established.

Much of this fresh urgency to resolve the decades-long territorial dispute presents hypothetical scenarios that a peace accord could follow. It is easy to fall into a trap that such an extended disagreement could be solved speedily and opportunely.

Diplomatic efforts seeking mutually acceptable solutions dotted the 20th century, and the title to the Kuril Islands remains an elusive political dilemma. Impediments to a Russo-Japanese agreement are more palpable in the current international order, with security a key factor.

The Southern Kurils — or Chishima Retto, known as the Northern Territories in Japan — is a small segment of Russia’s Far-Eastern Sakhalin region. Both Russia and Japan claim sovereignty over the islands as they are located in the Sea of Okhotsk between northern Hokkaido and southern Kamchatka. Nonetheless, it is important to note that Japan unequivocally claims its rights to Iturup, Habomai, Kunashir and Shikotan islands of the archipelago.

In the waning days of World War II, the Soviet army captured the now-contested islands during the Kuril Landing Operation that took place between August 18 and September 1, 1945. Ensuing international efforts attempted to regulate a world order thrown into disarray by years of conflict and resolve the numerous questions over sovereignty in the postwar period. The Yalta Agreement (February 1945), the Potsdam Declaration (July 1945) and the Treaty of San Francisco (September 1951) provided elementary diplomatic resources for managing questions over the Kuril Islands, but they were vague and politically tarnished.

For instance, the Japanese disagreed with the indistinct wording in its terms of surrender, signed at Potsdam, which stated that “Japanese sovereignty shall be limited to the islands of Honshu, Hokkaido, Kyushu, Shikoku and such minor islands as we determine.” Further, the previous agreement in Yalta, in which it was ordered the Kuril Islands be transferred to the Soviet Union, became obsolete by the time Cold War rhetoric entrenched the Allied-Japanese peace treaty in San Francisco.

On October 19, 1956, the USSR and Japan signed the Soviet-Japanese Joint Declaration. This is an important document in regard to contemporary diplomatic undertakings, as it has been offered as the basis for a resolution. Article 9 states that the Soviet Union — succeeded now by the Russian Federation — agreed to transfer the islands of Habomai and Shikotan after the conclusion of a peace treaty. Notably missing from the arrangement are the other islands of Iturup and Kunashir. As a result, it was assumed that Japan abandoned its claims to these lands, resulting in interference by the United States. Unwilling to cede an inch to the USSR, Washington leveraged that if the Japanese signed the two islands over to the Soviets, the Americans would retain Okinawa. No deal could be finalized under such a coercive arrangement.

In 1960, Japan and the United States signed the Treaty of Mutual Cooperation and Security. The US adopted the role of guarantor of Japanese security and laid the foundations for continued American military presence in the Pacific. An angered Moscow reacted by rescinding any agreements previously made to transfer Habomai and Shikotan to Japanese jurisdiction. This position would stand as long as foreign military installations and forces operated on Japanese territory. The influence of the United States foreshadows the stumbling blocks to a Russo-Japanese deal today.

Many variables that hindered a resolution to the Kuril Islands dispute remain at the centre of contemporary diplomatic hurdles. Japan demands that questions over sovereignty must be addressed prior to any discussions of land exchange. Abe firmly stated this sentiment after the offer he made in Vladivostok in September. Tokyo brings a historical geographic case, while Moscow argues that the islands were absorbed into Russian territory as part of its wartime operations and postwar agreements. Matters of sovereignty must be resolved. However, a more pressing query must be handled first: Which components of the Pacific security framework are up for negotiation in a state of geopolitical mistrust between Russia and the United States?

Both countries find themselves in a situation where neither will wholly achieve its desired objectives. Abe stated that he is determined to facilitate negotiations on a peace treaty when he meets with Putin. Further, there are reports that Tokyo seeks to waive Russia’s responsibility to pay compensation over the displacement of Japanese citizens that once inhabited the islands. This is a positive and conciliatory development in solving the historic disagreement, however, it assumes that Russia would relinquish its claims to sovereignty over the islands before effective negotiations are complete. This clashes with Moscow’s long-stated assessment that Japan must accept the current arrangement, which is backed by international law. As sovereignty remains at the core of Japan’s claims, unless some great diplomatic feat is accomplished, issues that stymied resolution in the past will persist.

Nevertheless, Japan must negotiate under the influence of its close relationship and security pact with the United States. Putin recently asserted that US military involvement in Japan complicates any forthcoming agreement and expressed his concerns over the strategic use of an American air defense system in Japan. Abe contends that a Kuril Islands peace treaty would have a positive overall effect on the security framework of the Asia-Pacific region, which would be most beneficial to the United States. While this sounds advantageous to the Japanese public and officials in Washington, it does little to stimulate concessions from Moscow. Russia will be steadfast in its demands that the exchanged territories be exempt from the US-Japan security treaty, and that Habomai and Shikotan are off-limits to military development. This would see a continuance of rhetoric like that in Eastern Europe, where Moscow voices its displeasure of US military installations in bordering states.

As a result, Japanese concessions to Russian demands are unlikely when their guarantor of security is the United States. Mutual mistrust between Washington and Moscow under the shadow of the current geopolitical atmosphere means that Tokyo is in a difficult position to negotiate freely. Abe can speak optimistically about the security advantages in store for America. However, Russian lawmakers, such as Senator Frants Klintsevich, in turn argue in favor of preserving Russian borders and security in “broad terms.” Additionally, subsequent and separate Japanese-American discussions would be required if the two states conclusively decide to omit Habomai and Shikotan from the coverage of the security treaty. Not only is this unlikely, but it would extend the diplomatic effort needed to settle the Kuril Islands stalemate in its entirety.

Russia must also negotiate carefully. Recent precedents, such as the transfer of Tarabarov Island and a part of Bolshoy Ussuriysky Island to China in 2004 demonstrate that Moscow is capable of settling decades-old land claims. It was during this timeframe that Russian Foreign Minister Sergey Lavrov subsequently extended an offer to exchange small islands in the Kuril chain for a peace treaty with Japan. Nevertheless, the political climate was more optimistic then, and American influence over Asia-Pacific security was inapplicable to that situation.

While Japanese public opinion strongly supports the recuperation of its perceived territory, Russian polling demonstrates a robust dissatisfaction were Moscow to relinquish sovereignty of the Kuril Islands. Residents of the Sakhalin region are markedly in disagreement with any proposed exchange of sovereignty. Since the official announcements to reopen the issue emerged, citizens have sent letters to Putin, and the local branch of the Communist Party organized a protest. Any sort of finalized Russo-Japanese peace treaty without consulting the affected population will be an additional example of the Russian Far East feeling further disconnected from Moscow. Authorities focus on the economic potential of the region and thus give adequate attention to these matters. However, it seems as though little thought is directed toward deeper disenfranchisement in the Far East if a settlement is reached.

Japan stresses that the Kuril Islands must be demilitarised if any serious proposals are to come to fruition. That is a lofty demand. Moscow’s security outlook incorporates strategic use of the isles as a part of its Pacific defence operations. In this case, Moscow follows its evident modus operandi of establishing military installations in disputed areas. While not a part of Russia proper like the Kuril Islands, Russia established military bases in South Ossetia and Abkhazia under similar pretences. Use of this tactic enhances the reach of Moscow’s security framework from the mainland and, in this case, the Pacific region.

US involvement in the Pacific, as well as ongoing security concerns in the region, provides Russia with strong arguments to only accept a deal that protects its interests and security. Subsequently, it is safe to predict that Russia will stick to the claim that its sovereignty over the South Kurils is non-negotiable, as Foreign Minister Sergei Lavrov reiterated today, and a settlement to the dispute does not mean any territory will be exchanged.

While touting Russian Arctic military capabilities, Defense Minister Sergey Shoigu recently noted the continued construction of military infrastructure on the Kurils. This is part of a steady Russification of the lands and falls in step with previous Russian government announcements. For example, on February 10, 2011, then-President Dmitry Medvedev instructed that sophisticated weaponry be deployed to the offshore bases as part of an overall security plan for greater Russia. Following this, in 2016, it was announced that the Kremlin would deploy Bal and Bastion rocket systems on Iturup and utilize Eleron-3 drones for the purposes of Pacific defense. Thus, a complete demilitarization of the South Kurils where Russia would retain command seems unlikely. This will be one of those hurdles where vast differences hinder a peace accord that leaves both parties satisfied.

Russia and Japan have disparate views on the Kuril Islands that can only be overcome through significant concessions. A singular view of sovereignty must be acknowledged prior to any handover of territory. However, this is a primary roadblock. Neither state wants to back down from its title even under the umbrella of the 1956 Soviet-Japanese Joint Declaration as the mutual baseline for discussion. The current global political atmosphere adds yet another confounding layer to the security arrangements established in the region.

A renewed interest in finally achieving peace after 70 years of the territorial standoff is an admirable undertaking, but it would be foolish to think entitlement to the Kuril Islands could be achieved either quickly or smoothly. Russia and Japan will understandably argue in favour of a resolution that does not infringe upon their respective national security plans or demands. Each state will have its set limits where security trumps any exchange of ownership. In the end, diplomacy is fluid, and one can reticently hope for a viable outcome to a postwar problem.