What the voters are trying to tell us 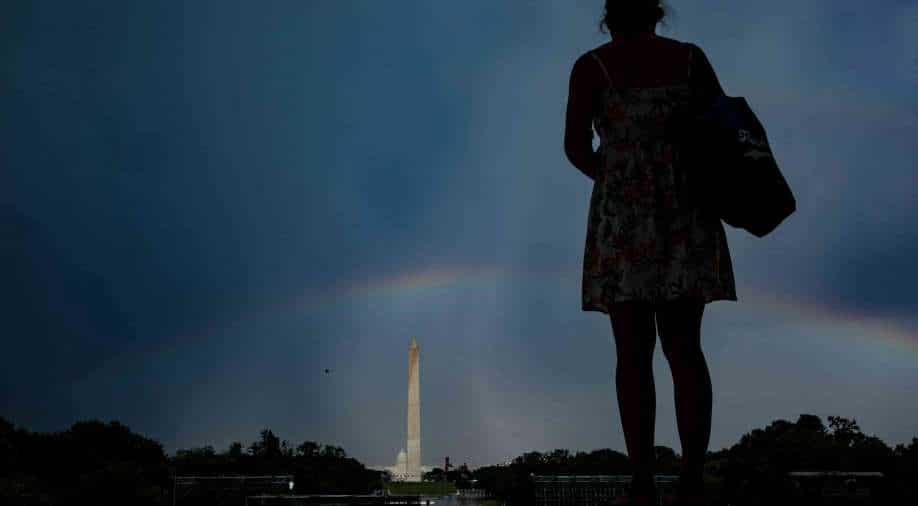 The first thing we heard from most Americans — since Joe Biden’s popular vote victory seems all but certain — is that Trump is unacceptable.

Yup, I wanted a grand rebuke, too. I wanted Donald Trump demolished by 10 points. But elections are educational events. Voters are not always wise, but they are usually comprehensible. They know more about their own lives than we in our information bubbles do, and they almost always tell us something important.

The first thing we heard from most Americans — since Joe Biden’s popular vote victory seems all but certain — is that Trump is unacceptable. We live in a divided, dug-in nation, but millions more white evangelicals voted Democratic in 2020 than in 2016. Many people voted against partisan predilections to remove a man who is a unique menace to the foundations of this country. That is no meager accomplishment.

The second thing voters told us is this: Separate church and state. We’ve long had political polarization in this country and we still will. But over the last few years polarization has transmogrified into something worse: a religious war.

Trumpism and Wokeism are not equivalent phenomena, but they both serve as secular religions for their disciples. They offer a binary logic of good and evil, a cultlike membership experience, apocalyptic or utopian visions, witch trials for the excommunication of the impure and the sense of personal meaning that comes while fighting a holy war.

In different ways, voters told the two parties that they’d like our politics to be about practical issues. If you want a religious war, go have it somewhere else.

They told Republicans, for example, that you will be much stronger without the MAGA craziness. The Republican Party had a much better election than Trump. While Trump is losing, Republicans have picked up six House seats so far. The Democrats have yet to flip a single state legislature, meaning Republicans will draw the district lines for the next 10 years of electioneering.

The image of a possible future GOP emerged — a multiracial working-class party. Republicans made surprising gains among Latinos, African Americans and Muslims. Trump won the largest share of the nonwhite vote of any Republican candidate in 60 years. That wasn’t done by Trumpian race-baiting but because of the party’s reputation for championing personal agency and personal responsibility, and for boosting small businesses and economic growth. That can be built on.

Meanwhile, voters told Democrats that they, too, would benefit if they played up policy and played down cultural concerns of their Portlandia/graduate-schooled/defund-the-police wing.

If there was ever going to be a Democratic blowout election, this was it — against an immoral candidate with a criminally incompetent record. But Democrats failed to pull it off.

It’s not policies that cost Democrats. The core Biden policies are astoundingly popular. It’s that they’ve built a cultural blue wall that keeps the other half of the country out, no matter the circumstance.

They’ve done it by telling a certain sort of story. American politics, progressives commonly say, is all about the historical shift from homogeneity to diversity. They see America as divided between those enlightened cosmopolitans (Democrats) who welcome the coming diverse postindustrial world and those knuckle-dragging, racist troglodytes (Republicans) who don’t.

The first problem with this narrative is that it is perpetually surprised by events. Election after election, the emerging Democratic majority fails to emerge. The second problem is that it oversimplifies the different processes going on in America. Somehow, we have to have the racial reckoning, which is essential, while we understand the other mega-narratives people feel are driving their lives. Third, it’s just astonishingly smug, self-congratulatory and off-putting.

The voters have handed us a political system that will be led, probably, by Joe Biden, Nancy Pelosi and Mitch McConnell. These are not culture warriors. They are politicians and legislators.

We now have two parties whose best version of themselves is as working-class parties. Maybe the next few years can be a partisan competition over who is best for Americans without college degrees.

Would divided government devolve into gridlock? Maybe. McConnell will do whatever is in Republicans' best interests in 2022. But I’m not so sure. America is bitterly divided on cultural matters, but it is getting less divided over economic policy. Populism has weakened the GOP’s anti-government wing and opened senators like Marco Rubio, Josh Hawley, Tom Cotton and others to ideas that call for more federal involvement in industry. For some that includes worker training, for others, an infrastructure bank, wage subsidies or R&amp;D industrial policy.

The voters reminded us yet again that the other side is not going away. We have to dispense with the fantasy that after the next miracle election our side will suddenly get everything it wants. We have to live with one another.

The key is loosening the grip the culture war has had on our politics and governance. Let’s fight our moral difference with books, sermons, movies and marches, not with political coercion.