The potential dark side of the militarisation of Gulf societies 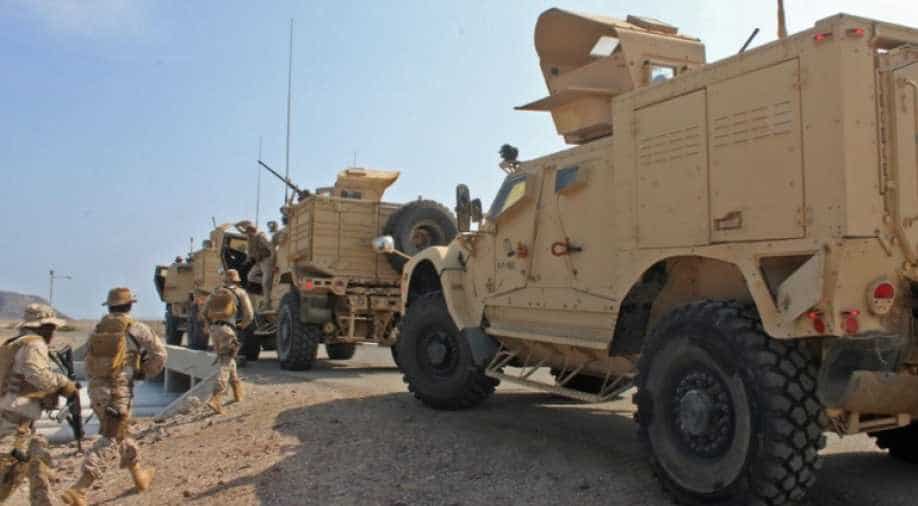 The coronavirus pandemic’s economic fallout calls into question Gulf states’ ability to fund a brewing, costly regional arms race. That, in turn, could not only reshape their geopolitical posture but also efforts to make the military a pillar of a new national identity at a time that they are forced to renegotiate outdated social contracts.

A significant drop in revenues, as a result of the collapse of oil and gas prices and vastly reduced global demand, raises the question whether countries like Saudi Arabia, the United Arab Emirates and Qatar, can maintain huge military expenditures that rank them among the world’s foremost arms buyers.

Saudi and UAE expenditure was driven by a perceived need to counter Iranian advances in the development of ballistic missiles and drones as well as a potential nuclear military capability and Iranian-backed Arab proxies. Qatar joined the race more recently in response to the three-year-old, Saudi-UAE-led economic and diplomatic boycott of the Gulf state.

The expenditure positioned the military as a driver of an identity grounded in nationalism rather than religion or tribal heritage and was intended to help lay the groundwork for eventual, potentially painful, transitions to more diversified and streamlined post-oil economies.

Male conscription introduced in the UAE, Qatar and Kuwait and a Saudi decision to open volunteering for military service to women over the last decade served that purpose, as well as, government efforts to expand citizen participation in the workforce at the expense of migrant and expatriate labour, including in the armed forces.

The moves constituted a break with a past in which Arab rulers largely distrusted their militaries and employed multiple ways to shield themselves against feared military-backed attempts to remove them from power.

Saudi and Emirati rulers expected that their military intervention in Yemen and the UAE’s involvement in the Libyan war would boost the military’s prestige with quick and decisive victories.

Five years later, the ill-conceived intervention in Yemen has produced at best-mixed results. So has the more recent effort to topple the internationally recognised, Islamist Libyan Government of National Accord.

The UAE, dubbed Little Sparta by former US Defence Secretary Jim Mattis, withdrew partially from Yemen in a bid to cut its losses. UAE forces, moreover, suffered the deaths of tens of Emirati citizens, a high number for a population of only 1.4 million nationals. As a result, the UAE relies increasingly on proxies and mercenaries.

Nonetheless, the UAE may have fared better than the Saudi military whose image, at least internationally, has been severely tarnished.

Recently, the kingdom appears to implicitly acknowledge that it cannot win the Yemen war militarily. Media reports suggested that the Saudi government was cutting back on funding of the internationally recognised, largely Saudi-based Yemeni government headed by Abd Rabbuh Mansur Hadi.

Saudi conduct of the war has involved multiple attacks on civilian targets, devastated the country’s economic and civilian infrastructure and turned it into one of the world’s greatest humanitarian catastrophes.

Similarly, UAE-backed Libyan rebels led by self-appointed Field Marshall Khalifa Haftar have suffered a similar fate. Haftar’s promise more than a year ago to launch a blitz conquest of the Libyan capital Tripoli has not only proven to be an illusion. Turkish-backed government troops have put his rebels on the defensive.

Saudi and UAE rulers are betting that their emphasis on values associated with nationalism and armed forces such as patriotism, sacrifice, discipline, duty and concepts of heroic model citizens will reinforce public appreciation of the military despite its chequered track record. For now, that appears to be a winning bet.

Saudi Arabia has successfully garnered popular support for the armed forces and the Yemen war, despite widespread international criticism, by eulogizing patriotic sacrifices of Saudi military casualties, generously compensating families of permanently disabled or fallen soldiers and creating multiple institutions to ensure veterans’ rights. The UAE has institutionalised the honouring of military martyrs.

Ultimately, however, the Saudi and UAE military’s mixed track record raises questions about the degree to which they can be unqualified standard-bearers of new national identities.

It also begs the question whether populations in countries such as Saudi Arabia that were forced to introduce painful social spending cutbacks with no indication that elites are sharing the burden will continue to endorse massive military expenditure at a time of austerity.

If social media are anything to go by, many Saudis praise the government for ensuring the return to the kingdom of Saudi nationals abroad at the beginning of the pandemic, funding their quarantining to prevent the coronavirus from spreading, and subsidizing private-sector salaries impacted by a lockdown for up to 60 per cent.

A fair number, however, expressed concern that the middle and lower classes would shoulder the brunt of the economic fallout of the pandemic and questioned continued investment in trophies like English soccer club Newcastle United by the Public Investment Fund, the kingdom’s sovereign wealth fund. Military expenditure has so far not been called into question.

Potentially complicating issues is the fact that a majority of Emirati and Saudi casualties in Yemen hailed from less privileged emirates in the UAE and provinces in the kingdom, some of which are home to religious minorities with a history of feeling disadvantaged, As a result, it remains to be seen whether military service will ultimately narrow or broaden social gaps.

Ardemagni’s caution focused on the risk of militarisation entrenching differences among Gulf states. The question is whether militarisation’s so far successful boosting of domestic cohesion could have a flip side that in more dire circumstances polarises rather than unites.