The people versus Donald Trump 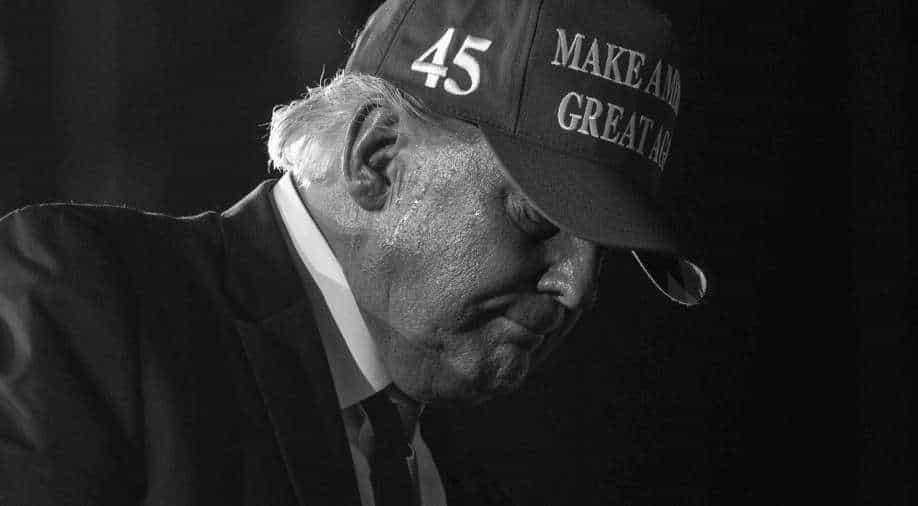 It was a nightmare in which truth died, decency was trampled, science was flouted, division was fanned and the American idea was desecrated, as President Donald Trump wheedled his way into the minds of every American with an insidious cascade of self-obsessed posturing and manipulative untruth.

The night is darkest before the dawn.

To see that child-man charlatan in the White House spouting lies yet again, asserting without a trace of evidence that “If you count the legal vote I easily win,” claiming that “I won Pennsylvania by a lot,” and Michigan and Georgia too, was to be reminded of the American nightmare of these past four years that the American people seem to have brought to an end.

It was a nightmare in which truth died, decency was trampled, science was flouted, division was fanned and the American idea was desecrated, as President Donald Trump wheedled his way into the minds of every American with an insidious cascade of self-obsessed posturing and manipulative untruth.

In a democracy, a beautiful idea for which so much blood has been shed over the centuries, every vote is counted and each vote counts. That is what happened in 2016, when Trump won Michigan by 0.2 percentage points, Pennsylvania by 0.7 and Wisconsin by 0.8. What goes around comes around. The difference in 2020 is that the child-man cannot accept his treat being snatched away. A bully born on third base cannot play by the rules of the game and accept the sanctity of the electoral process and the law.

As I write, it appears that Joe Biden will be the 46th president of the United States.

There may be recounts. There will be legal challenges. But Trump’s attempted coup against democracy, for it is no less than that, will be resisted. The United States is far bigger than this little man.

It seems almost churlish to pick apart Trump’s arguments, which in fact reflect no more than the hysteria of a narcissist for whom the phrase “You’re fired!” is unbearable. He cannot seem to distinguish between voting after the election, which would be illegal, and the process of receiving and counting votes cast in a timely manner. Or rather, he can make that distinction, but only when it comes to Arizona, where he hopes the ballots still being counted will reverse Biden’s lead.

Trump has another mental problem. He cannot, it seems, distinguish between a snapshot of a moment — when, for example, he was ahead of Biden by several hundred thousand votes in Georgia and Pennsylvania on election night — and the eventual result after all votes are counted. He keeps bleating that he “won” and that some vast conspiracy by the media and a corrupt Democratic Party machine has mysteriously “whittled down” his triumph until it takes on the hideous hew of defeat. Another name for “whittling” is counting the votes.

Such desperation — the antics of the sandbox transposed to the Oval Office — is excruciating to watch, not least because it is so predictable.

Throughout his life, when in a tight corner, having stiffed his contractors or ushered his businesses to the brink of bankruptcy, Trump has responded with lawsuits, lies and threats. His method was simple: attack, attack, attack. It often worked. But until now, he has not faced the will of the American people in the opposing corner.

An attempted coup against democracy, I said. For months now, Trump has been peddling the notion that, as he put it in July, “mail-in ballots will lead to massive electoral fraud and a rigged 2020 election.” He has returned to the theme relentlessly, without any evidence that mail ballots lead to fraud. This was the groundwork for a power grab.

Trump’s last-ditch incitement of his vast tribe — composed of tens of millions of Americans — will cast a shadow across an eventual Biden presidency. The battles of today will not quickly abate. But the restoration of sanity to the highest office in the land is the prerequisite for the rebuilding that must now begin. As Martin Luther King Jr. put it, “The arc of the moral universe is long, but it bends toward justice.”

I think now particularly of Georgia, where a Biden victory would be the first by a Democratic candidate in almost three decades. With its large African American population, and its sharp division between diverse, fast-growing Metro Atlanta and a mainly white conservative hinterland, Georgia was a bellwether of a changing America reeling from a pandemic and racial tension.

“Let Freedom Ring From Georgia” was the headline on a column I wrote from there in June, predicting a Trump defeat.

Democracy is messy but stubborn. It is the system that best enshrines the human desire to be free. This massive American vote has been many things — bitter and ugly among them — but above all, it has been a beautiful testament to the power of each single ballot in the world’s oldest democracy.