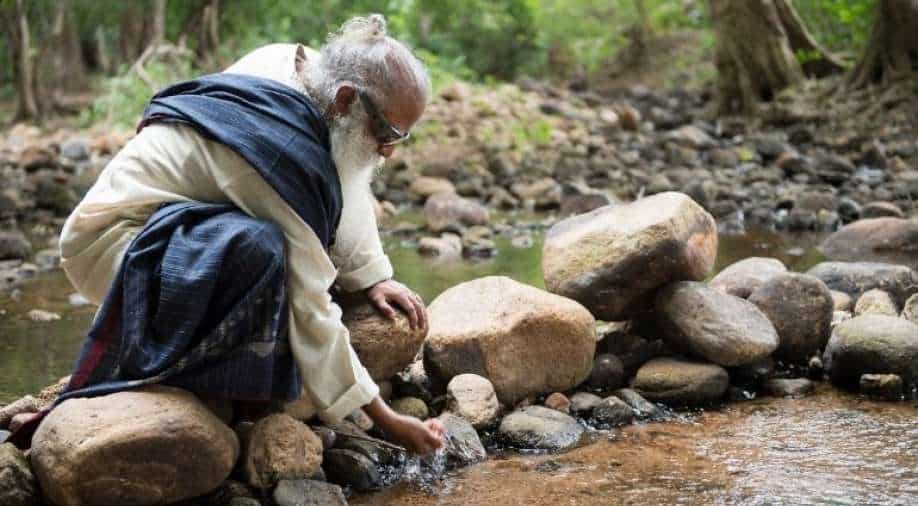 In this picture, Sadhguru, Founder-Isha Foundation, can be seen collecting water in his palm Photograph:( WION )

Sadhguru, Founder-Isha Foundation, said that for soil to be agricultural, it must contain 3 per cent organic content

On the occasion of World Soil Day, Sadhguru, Founder-Isha Foundation, has called for urgent steps to revive soil's organic content.

"For soil to be agricultural, it must contain a minimum of 3 per cent organic content,” the spiritual leader emphasised.

Taking to Twitter, Sadhguru said, “Living Soil, our very body, is moving towards extinction. Addressing this with utmost urgency is the most important Responsibility that all nations have to fulfill. #ConsciousPlanet. Let Us Make It Happen".

Living Soil, our very body, is moving towards extinction. Addressing this with utmost urgency is the most important Responsibility that all nations have to fulfill. #ConsciousPlanet. Let Us Make It Happen. - Sg #WorldSoilDay#SaveSoil @UNCCD @UNEP @FAO pic.twitter.com/c3oG2qWcJb

To fight the threat of desertification in the world, Sadhguru says that preserving the biodiversity of the soil is the single most significant and urgent concern on the planet today. "Our attention has to shift to the soil,” he said.

As part of this, Sadhguru would be unfolding a movement to save soil called “Conscious Planet”. “Right now, it looks like climate change and ecology are the playgrounds of the rich and elite. This must change. Individual human beings should become conscious about the danger that we are facing," he said.

"Ecological issues must become election issues. Governments must be elected for their concern for ecological issues," the spiritual leader, who championed "Rally for Rivers" campaign in 2017 and the "Cauvery Calling" movement in 2019, added.

The United Nations Convention to Combat Desertification (UNCCD) has shared alarming facts in its report. "Every year, 75 billion tons of fertile soil is lost to land degradation. Similarly, 12 million hectares of land are lost every year to desertification and drought alone. This is an area that could produce 20 million tons of grain," the UNCCD has stated.

The United Nations agencies have also brought forward that the world is left with agricultural soil for 80-100 crops, or another 45-60 years. 80% of the biomass insects have disappeared over the last 30 years and it is predicted that within 45 to 50 years, there will be an inevitable food crisis on the planet, which will bring tremendous chaos and suffering to populations around the world.

With much attention being directed at carbon, emissions, and pollution as fundamental environmental issues, Sadhguru prompts everyone to distinguish between ecological issues and civic issues that can be addressed and reversed with the needed awareness and law enforcement. The real issue, he contends, is soil extinction.

"Soil is a very significant carbon sink, the largest water soak on the planet, and the basis of all life. The 36-39 inches of topsoil on average around the planet is the basis of 87 per cent of life on the planet. The very body that we carry is soil. Without soil being rich and well, this body and every other life cannot be well,” he said. 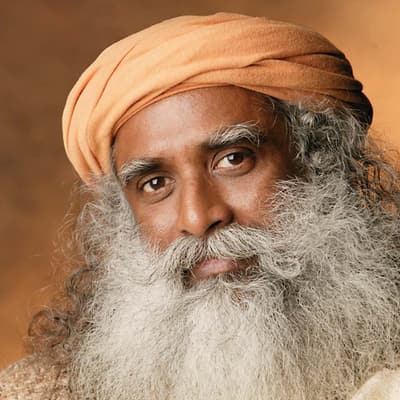 Sadhguru is a yogi, mystic, visionary and a New York Times bestselling author. Sadhguru has been conferred the Padma Vibhushan by the Government of India