Russia-Ukraine: Brace for a prolonged conflict and big power rivalries 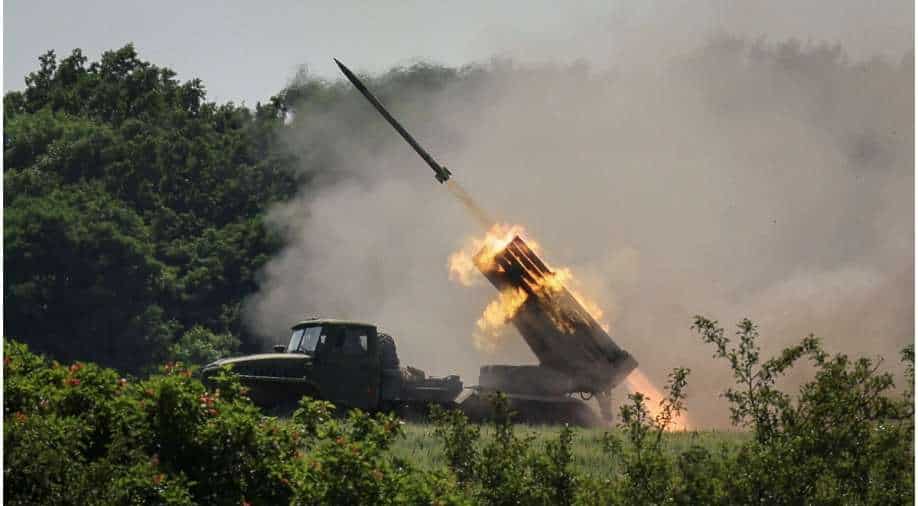 It is a matter of speculation at this point of time how long and how much the rest of the world, particularly poor and developing countries, will have to bear the short and long-term adverse impact of the Ukraine conflict

The US President Joe Biden has announced another USD 1 billion assistance to Ukraine in weapons which include anti-ship systems, artillery rockets and round of howitzers; this was announced following a call between President Biden and President Zelensky of Ukraine, who has been demanding additional and more sophisticated military assistance to defend his country from the Russian aggression; this is the 12th military package from the USA since the launch of “ Special Military Operation” by Russia in Ukraine on 24th February 2022. It is thus abundantly clear that the West remains committed to continued augmenting of Ukraine’s defence capacities in the latter’s conflict with Russia on the one hand and punishing Russia through severe economic sanctions on the other. One can therefore foresee a prolonged conflict unless Russia and Ukraine surprise the rest of the world by entering into a compromise deal, chances of which appear remote at the moment.

Meanwhile, even though is Ukraine under fire, the heat is being felt all over the world in one way or the other. In short, the impact of the war has assumed global dimensions and is reflected in physical security, energy security, food security, disruptions in supply chains and resultant high inflation rates, etc.

In terms of physical proximity, the European continent is closest to the war zone. For the first time since WWII, Europe is witnessing a conflict of massive dimensions which is posing a serious threat to its physical security. As a result, one can see a change in the mindset. Germany has revised its traditional policy and decided to supply arms to Ukraine during wartime. Finland and Sweden have decided to give up their traditional neutrality and are seeking NATO membership as a security guarantee from any possible aggression by Russia.

The strong punitive measures by the US and allies against Russia have further strengthened the emerging alliance between Russia and China who, pushed by the USA in any case were moving closer to each other for some time now and their relations had evolved to reach by 2019 a “comprehensive strategic partnership of coordination for new era”.

The partnership covers a wide range of spheres for the promotion of bilateral ties, besides adopting a coordinated approach on regional and global issues.

The Indo-Pacific region is one fine example of their coordinated approach. Both Russia and China describe the region differently as Asia-Pacific and are on the same page as far as the revival of Quad, creation of Aukus and NATO’s eastwards expansion are concerned.

During President Putin’s visit to China in February this year Russia and China, in an implied reference to Quad, declared that they “stand against the formation of closed bloc structures and opposing camps in the Asia-Pacific region and remain highly vigilant about the negative impact of the United States' Indo-Pacific strategy on peace and stability in the region”. The two of them went on to claim in this regard that they have “made consistent efforts to build an equitable, open and inclusive security system in the Asia-Pacific Region (APR) that is not directed against third countries and that promotes peace, stability and prosperity”.

They also expressed concern over the “formation of the trilateral security partnership between Australia, the United States, and the United Kingdom (AUKUS)”, alleging that “such actions are contrary to the objectives of security and sustainable development of the Asia-Pacific region---“. Opposing the “further enlargement of NATO” Russia and China called on the NATO “to abandon its ideologised cold war approaches---“

Watch | Countering China's influence in the Pacific: The US promises a new Pacific initiative

From the  US perspective, China is a key factor and Taiwan is a potential flash point in the Indo-Pacific region. The USA has repeatedly warned China against any military action in Taiwan. It remains to be seen whether China will be emboldened by Russia’s military action in Ukraine and embark on any adventure to integrate Taiwan with mainland by use of force or will it be deterred by the resolute, concerted and united stand taken by the US and allies in support of Ukraine and to isolate and weaken Russia.

Also Read | China launches 'most advanced' aircraft carrier called Fujian. Find out why it is special

Besides the international geopolitical and strategic affairs, the Russia-Ukraine conflict is also causing an adverse impact in areas of energy and food security. The punitive sanctions on imports of Russian oil and gas have pushed the energy prices worldwide creating a difficult situation particularly in poor and developing countries which are witnessing high inflation as a cascading effect of costlier energy.

Europe depends heavily on Russia for its requirements of energy resources, particularly natural gas. Any interruption in supplies will have a serious impact on gas-operated industries and in turn on economy. While EU has followed the USA in imposing sanctions on Russia in many other areas, the energy sector is one where Europe is finding itself in a tight spot. After prolonged deliberations, the EU decided (30th May) on some partial measures when it announced its decision to cut its 90% oil imports from Russia by end of the year.

Russia and Ukraine are major suppliers of wheat accounting for 30% of global needs. In addition, the two countries also are major suppliers of edible oil and fertilisers. The war has created serious disruptions in supplies to global markets as a result of which the food prices have soared and the world is facing a serious food crisis. Several countries, including India, have imposed full or partial ban on food exports keeping in mind their own food security.

In an alarming statement, the UN Secretary-General said last month that the shortages of grain and fertilisers due to war could cause “mass hunger and famine” and these shortages threaten to “tip tens of millions of people over the edge into food insecurity” He warned that the global food crisis could last for years unless checked. In this context, the World Bank is reported to have announced an additional $12bn in funding to mitigate its “devastating effects”

When the armed conflict broke out on 24th February, most experts thought it will be over in a week or so but has already crossed 100 days mark and there are no signs of any breakthrough. More importantly, the USA doesn’t seem to be interested in early resolution of the conflict. Russia has gone too far and unlikely to retract unless its bottom-line objectives of gaining control over east Ukraine is achieved.

It is a matter of speculation at this point of time how long and how much the rest of the world, particularly poor and developing countries, will have to bear the short and long-term adverse impact due to big-powers rivalry.