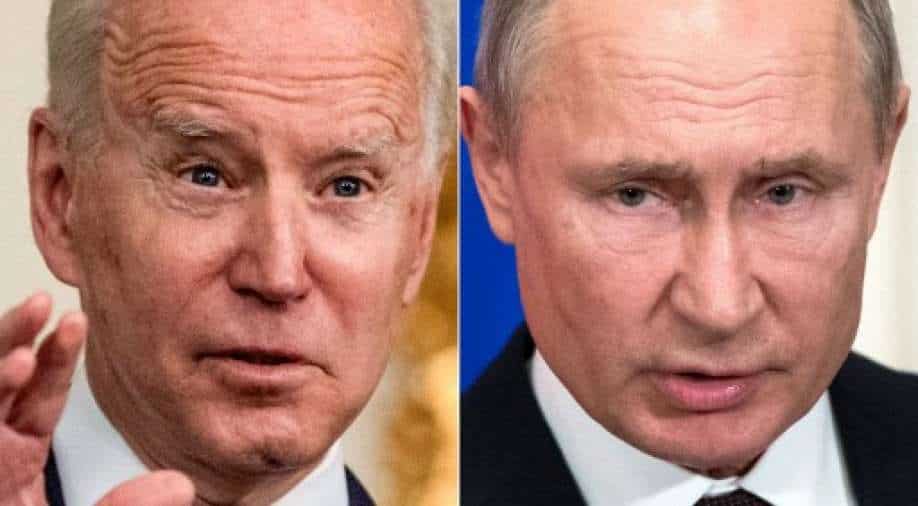 We knew this was coming.

“George, you have to understand that Ukraine is not even a country. Part of its territory is in Eastern Europe and the greater part was given to us.” These were the ominous words of President Vladimir Putin of Russia to President George W. Bush in Bucharest, Romania, at a NATO summit in April 2008.

Mr. Putin was furious: NATO had just announced that Ukraine and Georgia would eventually join the alliance. This was a compromise formula to allay concerns of our European allies — an explicit promise to join the bloc, but no specific timeline for membership.

At the time, I was the national intelligence officer for Russia and Eurasia, part of a team briefing Mr. Bush. We warned him that Mr. Putin would view steps to bring Ukraine and Georgia closer to NATO as a provocative move that would likely provoke pre-emptive Russian military action. But ultimately, our warnings weren’t heeded.

Within four months, in August 2008, Russia invaded Georgia. Ukraine got Russia’s message loud and clear. It backpedaled on NATO membership for the next several years. But in 2014, Ukraine wanted to sign an association agreement with the European Union, thinking this might be a safer route to the West. Moscow struck again, accusing Ukraine of seeking a back door to NATO, annexing Ukraine’s Crimean peninsula and starting an ongoing proxy war in Ukraine’s southeastern Donbas region. The West’s muted reactions to both the 2008 and 2014 invasions emboldened Mr. Putin.

This time, Mr. Putin’s aim is bigger than closing NATO’s “open door” to Ukraine and taking more territory — he wants to evict the United States from Europe. As he might put it: “Goodbye America. Don’t let the door hit you on the way out.”

As I have seen over two decades of observing Mr. Putin, and analyzing his moves, his actions are purposeful and his choice of this moment to throw down the gauntlet in Ukraine and Europe is very intentional. He has a personal obsession with history and anniversaries. December 2021 marked the 30th anniversary of the dissolution of the Soviet Union, when Russia lost its dominant position in Europe. Mr. Putin wants to give the United States a taste of the same bitter medicine Russia had to swallow in the 1990s. He believes that the United States is currently in the same predicament as Russia was after the Soviet collapse: grievously weakened at home and in retreat abroad. He also thinks NATO is nothing more than an extension of the United States. Russian officials and commentators routinely deny any agency or independent strategic thought to other NATO members. So, when it comes to the alliance, all Moscow’s moves are directed against Washington.

In the 1990s, the United States and NATO forced Russia to withdraw the remnants of the Soviet military from their bases in Eastern Europe, Germany and the Baltic States. Mr. Putin wants the United States to suffer in a similar way. From Russia’s perspective, America’s domestic travails after four years of President Donald Trump’s disastrous presidency, as well as the rifts he created with U.S. allies and then America’s precipitous withdrawal from Afghanistan, signal weakness. If Russia presses hard enough, Mr. Putin hopes he can strike a new security deal with NATO and Europe to avoid an open-ended conflict, and then it will be America’s turn to leave, taking its troops and missiles with it.

Ukraine is both Russia’s target and a source of leverage against the United States. Over the last several months Mr. Putin has bogged the Biden administration down in endless tactical games that put the United States on the defensive. Russia moves forces to Ukraine’s borders, launches war games and ramps up the visceral commentary. In recent official documents, it demanded ironclad guarantees that Ukraine (and other former republics of the U.S.S.R.) will never become members of NATO, that NATO pull back from positions taken after 1997, and also that America withdraw its own forces and weapons, including its nuclear missiles. Russian representatives assert that Moscow doesn’t “need peace at any cost” in Europe. Some Russian politicians even suggest the possibility of a pre-emptive strike against NATO targets to make sure that we know they are serious, and that we should meet Moscow’s demands.

For weeks, American officials have huddled to make sense of the official documents with Russia’s demands and the contradictory commentary, pondered how to deter Mr. Putin in Ukraine and scrambled to talk on his timeline.

All the while, Mr. Putin and his proxies have ratcheted up their statements. Kremlin officials have not just challenged the legitimacy of America’s position in Europe, they have raised questions about America’s bases in Japan and its role in the Asia-Pacific region. They have also intimated that they may ship hypersonic missiles to America’s back door in Cuba and Venezuela to revive what the Russians call the Caribbean Crisis of the 1960s.

Mr. Putin is a master of coercive inducement. He manufactures a crisis in such a way that he can win no matter what anyone else does. Threats and promises are essentially one and the same. Mr. Putin can invade Ukraine yet again, or he can leave things where they are and just consolidate the territory Russia effectively controls in Crimea and Donbas. He can stir up trouble in Japan and send hypersonic missiles to Cuba and Venezuela, or not, if things go his way in Europe.

Mr. Putin plays a longer, strategic game and knows how to prevail in the tactical scrum. He has the United States right where he wants it. His posturing and threats have set the agenda in European security debates, and have drawn our full attention. Unlike President Biden, Mr. Putin doesn’t have to worry about midterm elections or pushback from his own party or the opposition. Mr. Putin has no concerns about bad press or poor poll ratings. He isn’t part of a political party and he has crushed the Russian opposition. The Kremlin has largely silenced the local, independent press. Mr. Putin is up for re-election in 2024, but his only viable opponent, Aleksei Navalny, is locked in a penal colony outside of Moscow.

So Mr. Putin can act as he chooses, when he chooses. Barring ill health, the United States will have to contend with him for years to come. Right now, all signs indicate that Mr. Putin will lock the U.S. into an endless tactical game, take more chunks out of Ukraine and exploit all the frictions and fractures in NATO and the European Union. Getting out of the current crisis requires acting, not reacting. The United States needs to shape the diplomatic response and engage Russia on the West’s terms, not just Moscow’s.

To be sure, Russia does have some legitimate security concerns, and European security arrangements could certainly do with fresh thinking and refurbishment after 30 years. There is plenty for Washington and Moscow to discuss on the conventional and nuclear forces as well as in the cyber domain and on other fronts. But a further Russian invasion of Ukraine and Ukraine’s dismemberment and neutralization cannot be an issue for U.S.-Russian negotiation nor a line item in European security. Ultimately, the United States needs to show Mr. Putin that he will face global resistance and Mr. Putin’s aggression will put Russia’s political and economic relationships at risk far beyond Europe.

Contrary to Mr. Putin’s premise in 2008 that Ukraine is “not a real country,” Ukraine has been a full-fledged member of the United Nations since 1991. Another Russian assault would challenge the entire U.N. system and imperil the arrangements that have guaranteed member states’ sovereignty since World War II — akin to the Iraq invasion of Kuwait in 1990, but on an even bigger scale. The United States and its allies, and Ukraine itself, should take this issue to the United Nations and put it before the General Assembly as well as the Security Council. Even if Russia blocks a resolution, the future of Ukraine merits a global response. The United States should also raise concerns in other regional institutions. Why is Russia trying to take its disputes in Europe to Asia and the Western Hemisphere? What does Ukraine have to do with Japan, or Cuba and Venezuela?

Mr. Biden has promised that Russia “will pay a heavy price” if any Russian troops cross Ukraine’s borders. If Mr. Putin invades Ukraine with no punitive action from the West and the rest of the international community, beyond financial sanctions, then he will have set a precedent for future action by other countries. Mr. Putin has already factored additional U.S. financial sanctions into his calculations. But he assumes that some NATO allies will be reluctant to follow suit on these sanctions and other countries will look the other way. U.N. censure, widespread and vocal international opposition, and countries outside Europe taking action to pull back on their relations with Russia might give him pause. Forging a united front with its European allies and rallying broader support should be America’s longer game. Otherwise this saga could indeed mark the beginning of the end of America’s military presence in Europe.