On The Margin | Big power games trap India on a tightrope 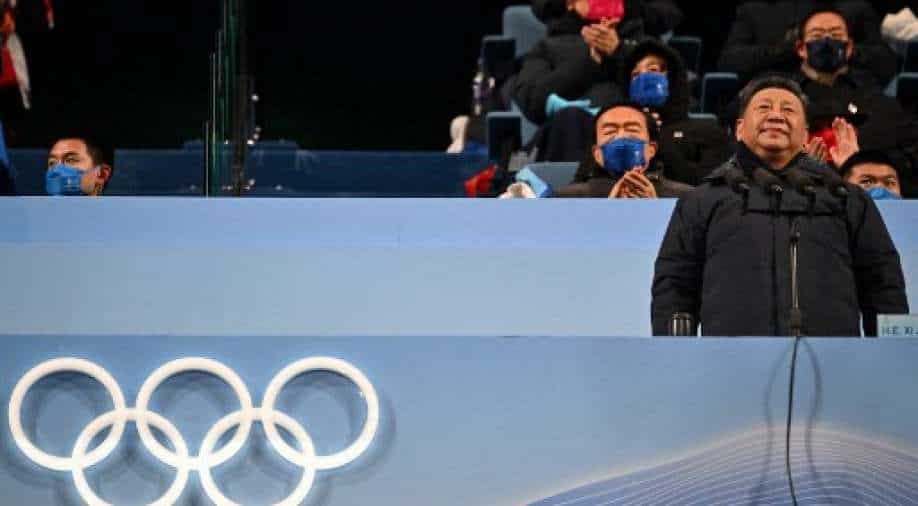 India’s relations with China have worsened, especially after the military face-off in eastern Ladakh.

India’s diplomatic boycott of the Winter Olympics in Beijing this week was another balancing act of a piece with its position on Ukraine in the UN Security Council meeting last week. In both cases, the Government of India made a virtue of not taking a stand by appearing to take a stand.

New Delhi’s boycott of the opening and closing ceremonies of the Beijing games is calculated to impress that it wants to be counted on the side of the US-led West, though for reasons ostensibly different from what actuated the so-called international community’s boycott of the Winter Olympics. This is borne out by the fact that the Indian ‘contingent’ to the games comprising a single athlete took part in the event.

Similarly, at the January 31 meeting of the UN Security Council, India abstained from the vote-seeking a discussion on Ukraine to underscore its tilt towards the Russian position.  While ten UNSC members including the US, the UK and France voted in favour of discussions, Russia and China made a bid to block discussions. As an abstainer, India found itself in the company of Kenya and Gabon, which is not very flattering for a country perceived as a “leading power”.

Although the stated reason for India’s diplomatic boycott is China according a prominent role in the Olympic ceremonies to a People’s Liberation Army soldier who saw action in Galwan, it is no secret that this was only to justify India being on the same side as the West; but without appearing as a camp follower of the West-led “international community”.

Today, India is aligned with the US as it has never been before. In recent years, India-US ties have deepened across many tracks with the military-strategic facet of the relationship reinforced by the logistics agreement.

At the same time, India’s relations with China have worsened, especially after the military face-off in eastern Ladakh. India-Russia ties are strong and of strategic importance with defence cooperation as crucial as the one India has with the US. India buys huge quantities of military hardware from both the US and Russia.

Therefore, at the UNSC, on the issue of Ukraine, India did not want to be seen as taking sides in the raging conflict between the US and Russia. New Delhi adopted a nuanced position calculated to safeguard its interests with both the US and Russia.

India’s Permanent Representative to the UN, T S Tirumurti said, “India’s interest is in finding a solution that can provide for immediate de-escalation of tensions taking into account the legitimate security interests of all countries and aimed towards securing long term peace and stability in the region and beyond”. Such an articulation implied neither criticism of Russia’s actions nor an endorsement of the US-led moves against Russia.

While Russia might be relieved and the US disappointed by India’s failure to choose sides, the tightrope walk shows that India is determined not to be drawn into a big power conflict. To that extent, India’s leverage with all of the P-5 countries may be diminished because pressure from rival power centres would make it difficult to walk the middle ground at all times.

It is in the nature of big power games involving international alliances such as Russia-China and the Western bloc that countries which do not take sides may find themselves stuck with the compulsions and consequences of their balancing acts. There might be tricky challenges to negotiate in forums such as, one, BRICS and RIC, where GoI has to make common cause and get on with China and Russia without raising US hackles; and, two, the US-led Quad in the Indo-Pacific where India, along with Australia and Japan, may find itself pitted against China on another front.

The Quad foreign ministers meeting in Australia this week may provide some pointers to how India would play its hand in bloc politics driven by big power rivalry.

What is clear though is that India will have to settle for a lower profile among the movers and shakers on the world stage at a time when, as Prime Minister Narendra Modi said, the global order is changing. In this situation of flux, in external affairs, India would have to constantly guard against differences becoming disputes and bear in mind that "domestic reforms truly have a global significance".

As External Affairs Minister S Jaishankar underscored, “If India is to have a place at the high table, it must transform itself”.  And, the world, particularly the neighbourhood, would be watching how India transforms itself.