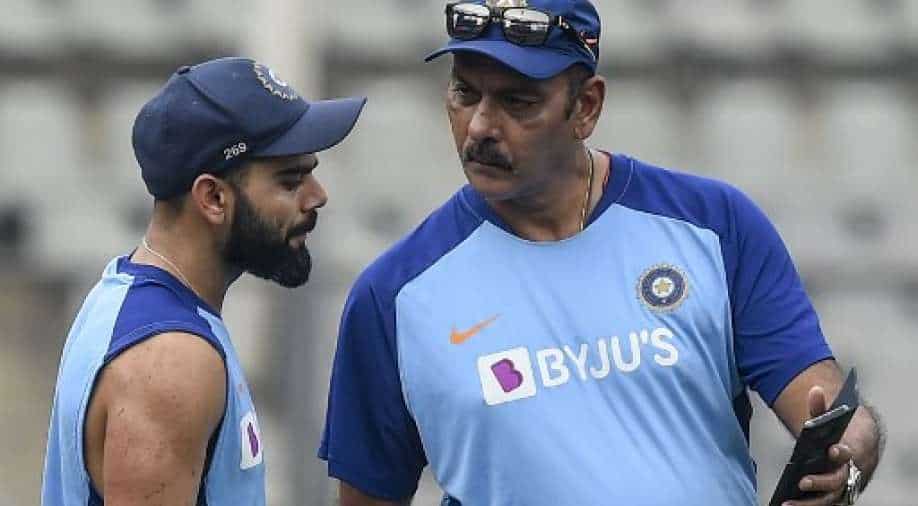 The question to be asked is do Shastri and Kohli have a 2023 gameplan?

Fast forward to Cricket World Cup to be held in India in 2023. India vs Pakistan at Eden Gardens in a semi-final encounter. India has the historic record of never being beaten against their arch-rival. But wait, the unthinkable happens. Kohli's India slips to defeat on a disastrous day and he resigns as captain and Shastri steps down.

Last year, coach Shastri even said India's Test victory in Australia was "bigger" than India's maiden 1983 World Cup triumph. Remember it was a depleted Australian team without the services of Smith and Warner and their morale was at an all-time low. India's victory was almost on a platter. This time it is different, Aussies are red hot at home.

Today, however, is December 19, 2020, the World Cup moment above is still years away and if India and its selectors want to avoid this fate the time to act is now. It is time to groom a new captain and bring in a new coach (a foreigner preferably). The Shastri-Kohli duo have had their day and India is grateful but cricket needs to move on. It is time for the BCCI to ensure a change of guard - if not now, when?

MS Dhoni, India's 2011 World Cup-winning captain had his eye set on the Mumbai final in 2008 - three years prior to the big match and he began culling the seniors - Ganguly, Dravid etc from the one-day team. The result was pure fury as fans erupted, but history only remembers the final result: India beat Sri Lanka in the final.

The question to be asked is do Shastri and Kohli have a gameplan for 2023? Is Indian cricket set to humiliate its fans at home when the next World Cup will be played in front of 100,000 fans at Eden or Wankhede?

Now, the ball is in BCCI's court, if the search for a new coach does not begin it will be too late since 2021 is already upon us. India's coach Ravi Shastri has had his day.

The "Champion of Champions" who began his superstardom in Australia in 1985 is clearly out of depth and not the man the country can lean on to get us another World Cup. Indian cricket does not need a Big Brother, it needs a 'high performance' professional coach in the same league as Gary Kirsten and John Wright. The young Team India needs a new approach and a new way of life. Late night parties and lack of will gets us nowhere. It should be obvious with India's listless stay currently in Australia.

Presently Team India is neither a world-beater in Tests nor ODIs. So why do we need a captain or a coach? The BCCI has the remedy but is it ready to take the bitter pill and administer it to Mr. Kohli and his coach? The answer is Maybe No, because there is a fear of repercussion. The question to be asked is - fear who? fans and Twitterati? They won't win us the World Cup, but the right decision will.

The greatest thing which perhaps Shastri can do for Indian cricket is to resign himself - fans and cricket will respect him and Kohli steps aside and showcases his talent just as a batsman - as Sachin once did! Virat is the best in the world with the willow in his hand.

However, it doesn't seem the script will be as simple for the emotional Indian fan and the paying public because nobody wants to take the first step towards victory.