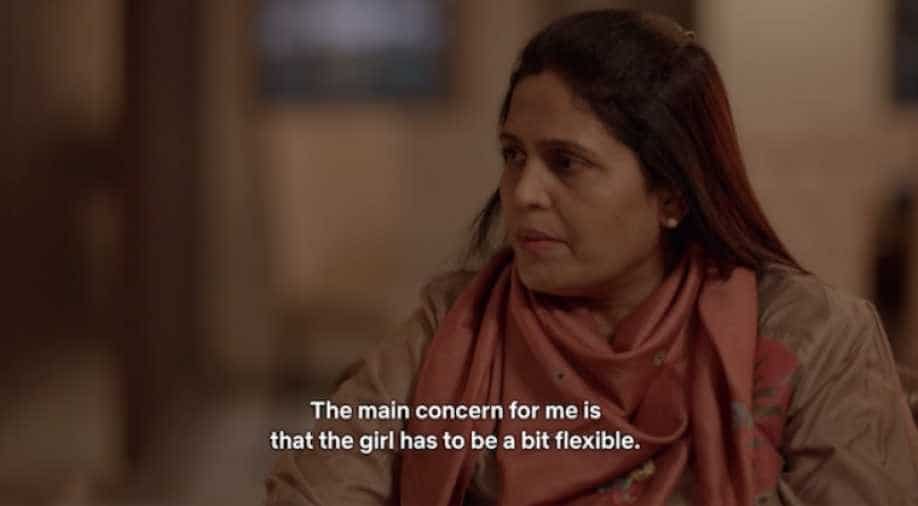 The real game in India is way more convoluted, painstaking and disrespectful to human emotion -- especially for girls. It's a haggling of virtues and vices, and is decided by horoscopes and pre-decided norms for both genders. And emotional and sexual compatibility -- the most important factors in a marriage as far as Bollywood, and well, the entire world, goes -- take a forever backseat.

In a Fall of a coronavirus-free world a few years ago, I -- freshly out of a toxic relationship -- was kind of forced, kind of emotionally bewitched into trusting the way 70 per cent of Indian population gets married -- an arranged set up. The matrimonial website said nothing out-of-the-box of the guy I was supposed to meet at a Delhi cafe, and a meeting was hence mandatory.

The third question I faced at the "interview" was if I could cook. The fourth was if I had ever been in a relationship given "women in media sleep around" (yes, he said that to me). Seeing my head nod in a casual affirmation, the man of the hour said, "It's good you have told me. But looks like you don't know the rules. Don't say such things to others. They don't take it nicely."

This man obviously could not be my man. Simply, because he could not cook, and knowing how to cook is very important (as per him).

A few months later, I was pitched as a prospective wife to the brother of a relative. He turned me down (by just looking at my picture) because I wore spectacles, and worked in media (and "women in media are shrewd").

This hurt my experimental parents, and they let go off the idea of fitting in their daughter in a set up that is consumed with the idea of marriages, but not marriages.

By that measure, the new Netflix series -- Indian Matchmaking -- is a pretty picture the matchmaker, Sima Taparia from Mumbai (that's how she introduces herself to every family she meets), tries to paint of this system.

There's no vile colourism, not a hint of casteism and no forceful attribution by the family members (except for Preeti and her son Akshay) -- maybe because these families are either based in the United States or belong to the high class in India.

Sima mostly stays true to her profession. It's only when the inherent conditioning of the Indian ecosystem (read: misogyny) takes over her that she uses the word -- compromise. According to her, and she says it enough, the girl has to compromise. So if Aparna, one of her clients, is not ready to, she says she is negative in her approach and that she has to change (of course to the camera, and not to her). 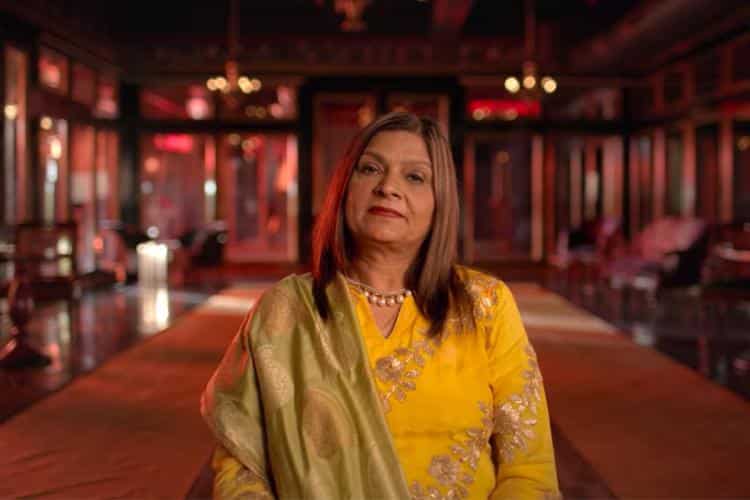 When Aparna mellows down a little, Sima says she now sees a positive change in her. Voila! Things the thought of a marriage can do...!

There's an equally fussy man on the series, but he is a man. So we don't get to hear words, like negative, for him. It's just that he is "picky".

And then there's the mama's boy, Akshay, who is the prime example of the Oedipus Complex that runs in India (howsoever weird that may sound). His mother Preeti is the only woman who can subscribe to the Indian tribe here -- her blood pressure remains high because her son, all of 25, won't get married.

One of the two obsessions of people in India is Bollywood and its love stories -- for the movies have been packaging and repackaging the idea of falling in love in several different forms over the years. 'Indian Matchmaking', however, has got nothing to do with love despite being based on marriages.

People are binge-hate-watching the series, and to be honest, why not?! For me, it was like watching a slimy creature crawling on the ground. I am staring at it; I know it's disgusting, but I am enjoying the creepiness. Because I know me hating it will not stop the creature from moving forward.

The Indian "matchmaking" gets worse when it trickles down to matchmaking across the very threadbare of India. And that's what makes me hate the series -- for it shows only the pretty part of matchmaking in India.

In India, there'll be no Aparna -- for there won't be a 34-year-old self-confident lawyer, demanding a husband who suits her ideals. In a typical Indian household, Aparna would be reminded at least a 100 times in a month of her age, of the ticking clock and of her eggs getting older. And if she survives the onslaught, she would be pressed to marry the first guy who kind of suits her narrative. 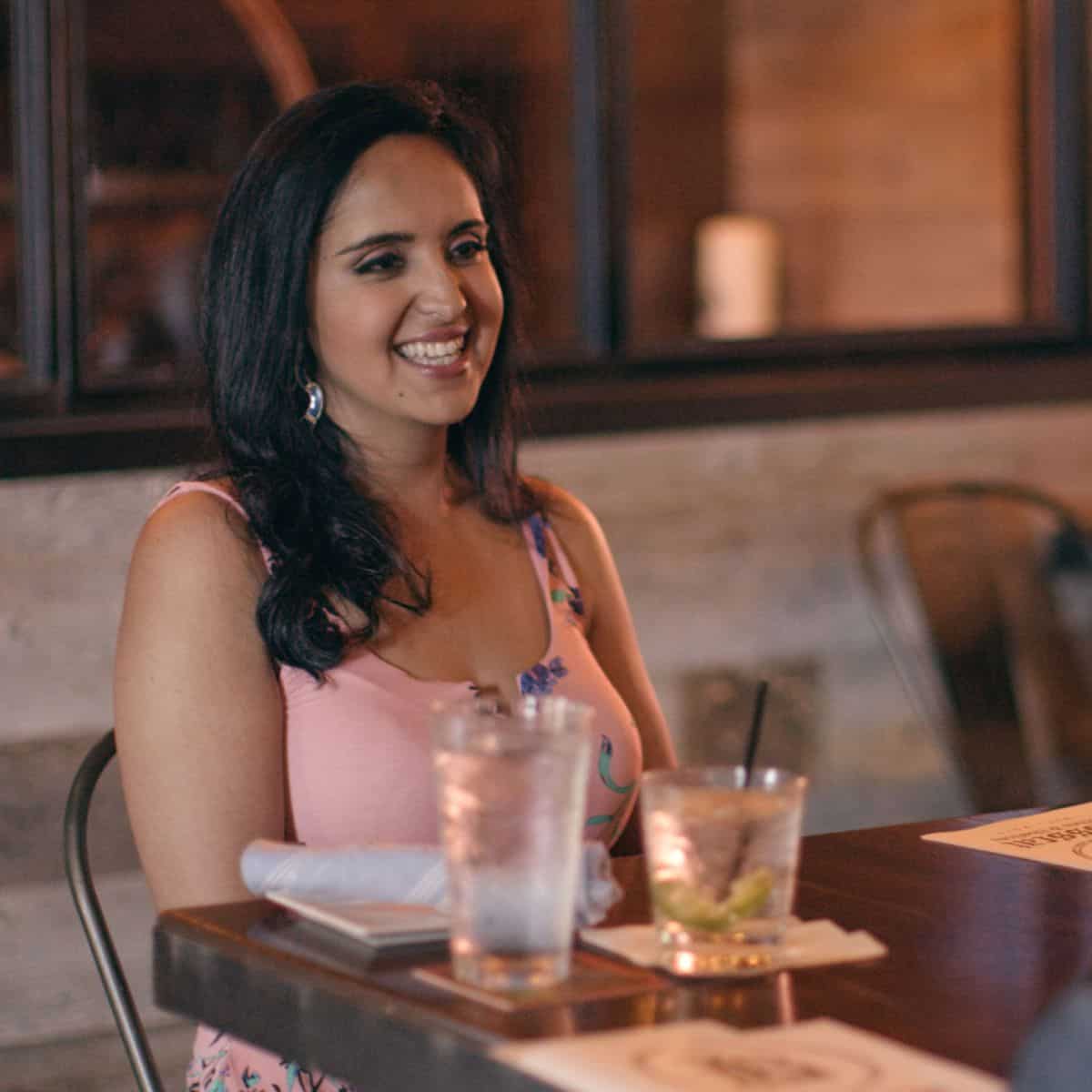 But Aparna gets a fair deal in the series; so does Akshay and so does everyone.

I speak with experience. My cousin got married because of her colour and her intact hymen. Another cousin, bespectacled, was almost made to reject a girl because she also wore spectacles.

One cousin was made to let go of his 11-year long relationship because the girl did not belong to his caste. Another cousin is fighting a daily battle because the guy is a Tamil Brahmin, and oh, the tribe is "dark".

A friend, by his own admission, dated a girl for four years, and happily and willingly married a girl of his father's choice the fifth year.

Often under the garb of culture and tradition, and always under the veil of preservation and longevity of the family name -- sometimes, in the name of gynaecology, matchmaking imposes a timeline on everyone's life. So a 23-28 range is when you should get married, and if you're over 31, you'll have to compromise -- on your likes, dislikes and everthing that comes in between.

What Sima Taparia does in 'Indian Matchmaking' is dealing with families that can entertain the idea of a girl seven years older than the guy. And the girl can reject that guy on the basis of his salary.

The hate the series is getting hence makes little sense. This is a mirror to the society. This is what happens in India -- look at your parents, your neighbours, or your relatives; I bet 80 per cent of them were wed off in an arranged set up defined by the movement of stars and horoscopes. 'Indian Matchmaking' is, in fact, a prettier picture.

The social media is filled with judgemental eyes for Aparna, who just wants to live her life by her own rules. She is unapologetically herself. She hates comedy, and she says it. She's not going to compromise, and she says it. But we have so subscribed to the concept of compromise and adjustment in a marriage that we cannot see logic.

'Indian Matchmaking' is just the tip of the iceberg of matchmaking in India. The real game in India is way more convoluted, painstaking and disrespectful to human emotion -- especially for girls. It's a haggling of virtues and vices, and is decided by horoscopes and pre-decided norms for both genders. And emotional and sexual compatibility -- the most important factors in a marriage as far as Bollywood, and well, the entire world, goes -- take a forever backseat.

Sonal Gera, having written movie reviews, is highly obsessed with Bollywood. She is also interested in national and international news.