Day labourers and homeless people queue up to get free food during Photograph:( AFP )

The long term solution is amending the statutory framework of labour laws.

India needs labour reforms, not a suspension of labour laws during a pandemic. Some states like Uttar Pradesh, Madhya Pradesh and Gujarat have suspended key labour laws, which they claim is to facilitate employment and investment. The cruelty of the policy measure is visible in the timing of the decision. When the migrant worker crisis is one of the most visible failures in the fight against COVID-19, this insensitive decision robs our hardworking migrant labourers of the last shred of their dignity. It does not mean that we do not need labour reforms in India.

There are 44 Central laws and more than 200 State Laws which overlap with each other and are primarily skewed against the industry. India is a labour surplus country with 47 million unemployed below the age of 24 years and 12-13 million youths joining the labour market every year. Almost 93 per cent of India’s labour force works in the unorganised sector, the majority are unskilled and poorly educated.

Even before the COVID-19 pandemic raised its ugly head and made our immediate future uncertain, the Indian economy was already slowing down. Before the pandemic, India’s GDP growth in the October-December quarter of 2019 (Q3 of FY20) stood at 4.7 per cent, and in the previous quarter, it was a six-year low at 4.5 per cent. Economic growth was already on a downhill. The pandemic made it worse. Several rating agencies have predicted zero per cent growth in FY 20-21, amidst the lockdown. India’s Investment Rate i.e Gross Fixed Capital Formation (GFCF) as a percentage of GDP has declined by a whopping 9 percentage points between 2011-12 and 2019-20. This means that private investment has plummeted. It is predominantly because India has not been able to scale up manufacturing. Structural reforms in labour laws can boost private investment, but a crisis like the pandemic is hardly a time to do so. Post COVID-19 response to restart economy needs a whole package of big-bang reforms — labour reforms are only a part of it.

In the times of lockdown, there is a huge migrant exodus from states as jobless workers are pushed to the corners of depravity by several governments. Critics would argue that doing away with labour laws is a sound policy decision. This may be the silver bullet idea which policymakers and industry lobbies think would attract the labourers back, but this would simply not work. Every policy intervention has a context. Right now, the context is the safety and wellbeing of our people. The recent incident of 26 workers in a pharmaceutical major in Gujarat turning positive is a stark example of how factory workers are not safe.

Least intervention by government is often the best policy measure. The immediate solution to migrant workers leaving their place of work is to give them a return ticket. Yes. That is the solution. If the government or the industry provides them with a return ticket to join work after the pandemic lockdown is over, it is natural that they will get their livelihood back. It is a simple solution rather than some big bang announcement to grab thirty seconds of eyeballs by any PR hungry government. It does not remove the social security net around the workers. Neither, does it take away their human rights.

The long term solution is amending the statutory framework of labour laws. Simplify them. First, we need a meta-structure to deal with ‘labour laws’ being in the concurrent list. A ‘Labour Laws Review Council’ with states, similar to that of GST Council, which meets periodically is needed.  Second, consolidation of labour laws in four broad categories as envisaged by successive governments in the past. Third, have uniform definitions of key terms like ‘industry’, ‘worker’, ‘employee’ et al. Most laws have different definitions which result in long drawn disputes and confusion. Fourth, establish a ‘Central Labour Authority’ with representation from states, for self-certification and single consolidated return to ease compliances and multiple inspections of industrial units.

Fifth, amend the Industrial Disputes Act, 1947 to ensure that post-facto approval from the government to close down industry is not required when any industry employees less than 300 workers or where lay off exceeds one month. A rigorous version of this was first implemented by Rajasthan and the Economic Survey, 2019 cited this as a case study to prove that employment increases if we do this.

Sixth, pass a new labour regulation law for small scale industries employing less than 50 workers with liberal exemptions. Seventh, a separate law to ensure the welfare, facilities and safety of women in the labour force.

Incremental long term reforms are needed to restart the economy. Snatching the rights of workers in a healthcare crisis will only result in high unemployment and no growth. 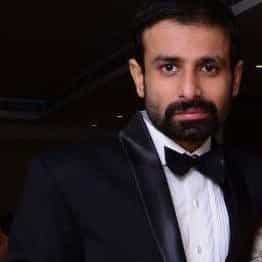 The author is a student of Public Policy at the Takshashila Institute, Bangalore