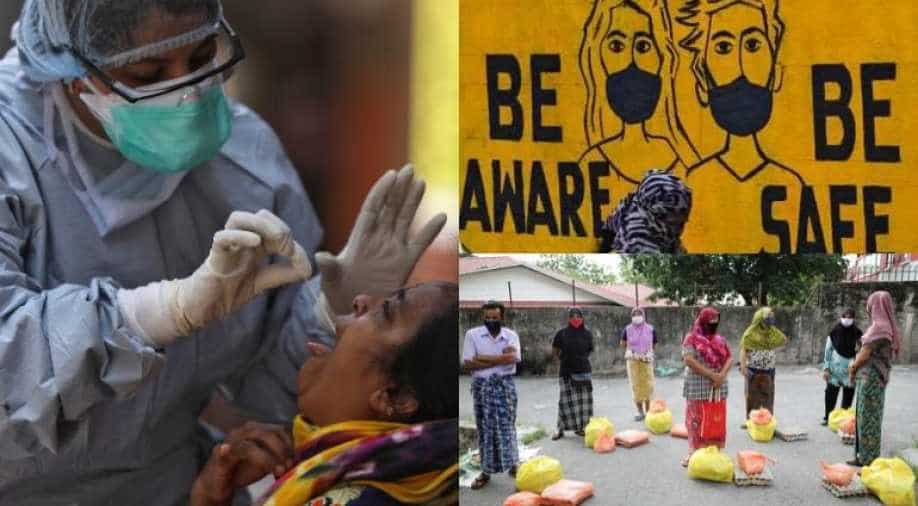 The whole idea of fiscal discipline is well accepted for long-run economic growth, but do we really want to stick to it when the pandemic is on?

The idea of using traffic model in India to restore economic activity at this stage has the potential to backfire badly. With a total number of cases increasing steadily on a daily basis without any sign of reaching the downward slope of the growth curve poses the question: Are we in a rush to jumpstart the economy?

The amount of loss has been already estimated to be $98 billion during the first round of 21 days lockdown. In forex market, the Indian currency is almost in its coma as it has attained the lowest value against the dollar in its own history. In fact, one rupee is now even less than one US cent! The scenario is no doubt disheartening and significant. Given the gloom scenario if we imagine that there is a sudden outburst of the contagion effect in a very robust manner, then what will be the scenario in India? Probably we will be frightened to even visualise.

This can ensue since the orange can switch its colour to red in a matter of few days and same goes for green. A feeble laxity of social distancing can have a huge multiplier effect on the toll of cases as well as on the number of deaths. Amidst the not so picturesque view, the partial lockdown may turn out to be a premature decision. The social marginal benefit of partial relaxation lies in the fact that (primarily) rural economic activities during partial relaxation will self-sustain themselves to some extent. There is no doubt that it will bring some breeze into the system. However, the social marginal cost may outweigh the benefits. Costs include the following but are not limited to these.

First, we need to realise that there is still no vaccine and therapy for the deadly coronavirus. Medical experts around the world have already warned that India will probably see the highest surge during the end of April/first week of May. This can be coupled with the lack of health infrastructure in India, where we allocate a mere 1.28 per cent of GDP - less than even Nepal, Srilanka, Indonesia, Bhutan to name a few - and have even less than 50,000 ventilators as of date.

We have already seen that despite allocating much higher funds, having better health infrastructure and a greater number of trained doctors to combat the scenario by advanced economies - they failed to keep the fight within the control. Thus, the number of possible deaths can steadily intensify in India with partial relaxation of lockdown and almost nonexistent world-class health infrastructure to contest COVID 19. As a part of a negative externality, the increased number of deaths can produce havoc socio-economic panic, which we do not want at any cost at this stage of the battle.

Second, the potential pandemonium due to deaths will create an immense amount of pressure on medical supplies which is already facing a bottleneck. The overall aggregate supply will further experience a very strong negative supply shock triggering inflation. Third, the stock market can experience a freefall due to a) further lack of investment and b) more intensified speculative attack on the stock market by both Foreign Portfolio Investors and Foreign Institutional Investors.

Fourth, cost comes from the foreign exchange market where a weaker demand of a domestic currency in the forex market coupled with increased supply (due to import demand) will do nothing but weaken the currency to set another record low.

Finally, the overall effect of all these forces will push Indian economy to even severe recession than what we can imagine today. One of the byproducts of this will be definitely higher income and social inequality in future. Thus, the upcoming three to four weeks are even more crucial for an economy like India to fight the war against COVID.

Then the natural question which comes up is – then what we should do? The first and foremost is to continue with the lockdown and keep working on the social distancing or physical distancing with social solidarity whichever sounds better.

Next is definitely to increase financial support by the government of India not only for poor but also for migrant labours, as well as, for the frontline warriors. The current government has allocated only 0.8 per cent of GDP ($1.4 Billion) to fight the virus for a population of 1.38 Billion. Simple arithmetic states that $1 per capita to fight the disease! India’s GDP in 2019 was $2800 Billion and even if the government allocates 1 to 2 per cent of GDP (which most of the countries are doing) the much-needed financial support during the lockdown period could have been provided for mass.

Given the both economic and health crisis on hand, if we also agree to even relax fiscal deficit ($137 Billion) by 1 per cent it can generate worth of approximately $14 Billion. It looks like really a mysterious case of sticking to fiscal discipline at this stage. The whole idea of fiscal discipline is well accepted for long-run economic growth, but do we really want to stick to it when the pandemic is on? There had been several occasions where we defaulted, why not his time?

Last but not the least, we must not ignore the fact that India has foreign exchange reserve worth of $474.66 Billion. Given the ominous situation, the central bank could have extended their support to join the fight effectively. Unfortunately, that has not been the case either. While most countries are moving no stones unturned to fight the virus (let alone public debt & fiscal deficit) we should have extended more fiscal support to withstand the challenges faced by various strata of Indian society.

To conclude, the fantastic role of police, medics and other frontline warriors are well beyond words, but where is the required fund to support people to stay at home, specifically for the lowest strata of the Indian society.

Rather than opening some zones to the threat at this stage, strong fiscal support would have been much more caring for low-income group, stranded migrants and informal sector workers. We do understand that no one can be sure that things will be fine down the three/four weeks’ timeline. However, we need to stay optimistic but probably we do not need to rush! 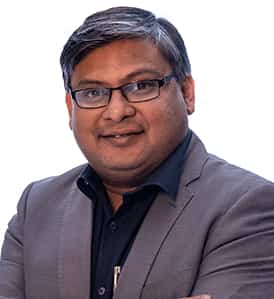 The author is Associate Professor of Economics, Jindal School of Government and Public Policy