Even if Biden wins, the world will not be the same 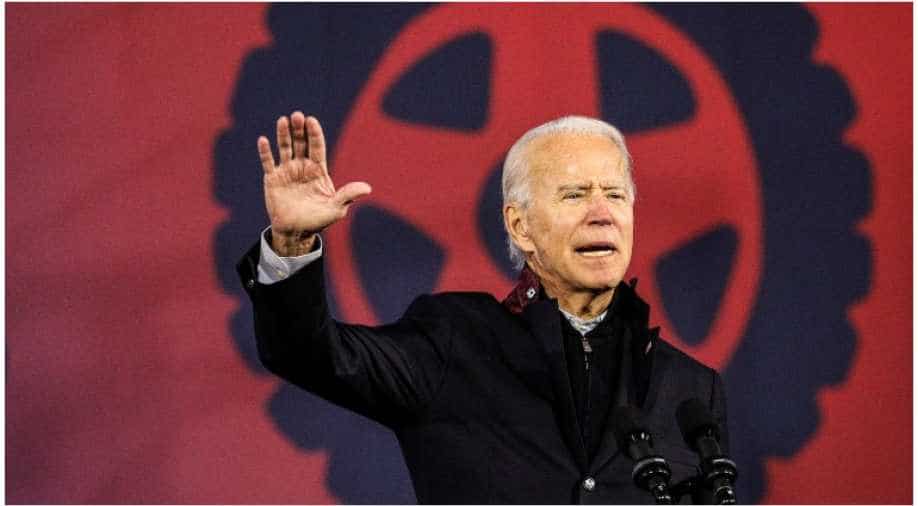 For now, however, the major thematic issue gripping the attention of powers that be in the world is the November election in the United States- a paradoxical nation when it sneezes, the world catches a proverbial cold.

A confluence of structural megatrends and issues like the emergent Cold War 2.0, the putative 4th Industrial Revolution and the uncertainties induced by the Covid 19 pandemic, geopolitical permutations and combinations and turbulence in financial markets, domestic political churns in many countries lend themselves to a cliched assessment and observation: ‘ we live in interesting times’. This leaves pundits baffled and unable to discern how the world, in all its dimensions, will look like, say, in the next five years? For now, however, the major thematic issue gripping the attention of powers that be in the world is the November election in the United States- a paradoxical nation when it sneezes, the world catches a proverbial cold.

So who among the two- Joseph Biden and Donald Trump- will win?

Even though opinion polls give Biden a lead and financial markets are factoring in a Biden victory, it still remains unclear as to who will win the US presidential elections. (The former are not an exact science and there is a lot of subjectivity to these and the latter appears to be premised on a reversion to the norms of the international system and relations if Biden wins).

Consider the chances of Trump first. While his chances of re-election are dimmed by many factors like the pandemic, impact on the economy thereof and many unfulfilled promises, but the primeval forces or even impulses that propelled him to the White House remain. Or, in other words, the populist instincts, premised as they were on the fading of the white superstructure of the United  States, identity issues and politics thereof, globalization and immigrant are ever-present in the US body politic. Overlaying these is that Trump not only presented himself as a political leader who mirrored his constituents(or the base), but also an insurgent who defied and undermined the normative basis of international relations that had emerged after the Second Great War. This, in the Trumpian schema, was a natural complement to his domestic political agenda. That he won the 2016 elections and that he still retains significant support testifies to the power of these ideas.

Can Biden, if he wins, reverse these aspects of politics that are now ensconced in American political life? Unlikely. The reasons are both domestic and pertain to international political life. Domestically, Biden if he totally goes contra Trump and his policy political posture,  risks alienating a substantial portion of the American population. This would mean further polarization of the country and crystallization of deep angst and disaffection. Biden then has very few choices: he can co-opt populism, so to speak, and then guide its impulses in a different direction. But, this carries obvious risks, popular sentiment is difficult to channelize and the law of unintended consequences also kicks in.

What happens to international relations in case of  Biden victory?

Nothing much.  It is, to state the obvious, a fact that the norms, or some of the norms defining international relations since the end of the second Great war, need a fundamental review and revision. The world in 2020, even though there are some residual similarities, stands in sharp contradistinction to that of the 20th century let alone the post-war world. But, international norms have not kept pace. This has led to both paradoxes and contradictions in international politics and, given that there is no neat distinction between the domestic and the external anymore, on domestic politics of most nations as well. This disjunction can only be remedied by a review and revision of the normative underpinnings of international relations.  Biden, if he wins, cannot and, in all likelihood, will not revert to the normative consensus that held albeit in flawed manner pre-1916. There will be change and churn but the depth, form and shape of these cannot be foretold at this point in time.

Financial markets then might not be correct in assuming a reversion to the same in case of a Biden victory. This also holds for pundits and analysts who think along similar lines. All in all the 21st-century portents great change- even transformations- defined by deep uncertainties. So that the world retains or gains a degree of equipoise and is prepared to deal with these transformations, a new normative consensus that builds upon the old and adjusts some of these to the new realities is imperative. Fundamentally speaking,  bold and beautiful leadership would be required to make this happen. While whether it is forthcoming remains to be seen, but those who think or feel a reversion to pre 2016 politics- domestically and internationally- in the United States, and by extension the world, are likely to be disappointed.