Europe in the grip of terror 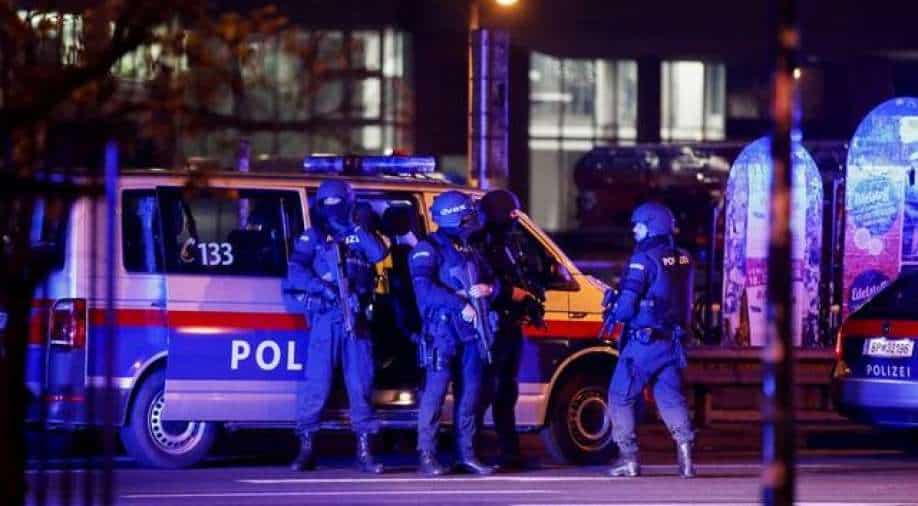 As French President Emmanuel Macron has hardened his stance describing the acts of terror in France as part of Islamic terror, the Muslim world has gone on protesting taking to streets.

Europe seems to be gradually slipping into the grip of terror which experts say has largely been sponsored by section of the Islamic fanatics in the aftermath of grotesque killings in France.

The latest act of terror is the terrorist assault in a synagogue in central Vienna (Austria), where on November 2, a group of unidentified gunmen armed with sophisticated weapons, fired indiscriminately killing three and grievously injuring 14. This has sent bone-chilling shockwaves in Austria in particular, and in other adjacent European countries particularly Germany.

Vienna has ordinarily been out of the terror radar of the perpetrators when compared to violent terror strikes in other parts of Europe including in London, Brussels, Paris etc. While one of the assailants has been killed by the Austrian counter-terror forces, the rest are on the run, raising the level of alertness to the highest. All border countries have upped their antenna to apprehend the absconders.

Barely two weeks ago, on October 16, Samuel Paty, the simple school teacher in a Paris school in his mid-forties was brutally beheaded by an Islamic fanatic in the suburbs of Paris. Samuel Paty’s only ‘ fault‘ was that in one of his classes, he explained his pupils the French tenet of freedom of expression which included the caricature drawing, even if that was of any religious leader as drawn and published fearlessly by Charlie Hebdo. Paty was slain mercilessly which was a murder most foul. This was followed by a series of more killings in the Notre Dame Cathedral in Nice. This perverse act, in quick succession, was yet another grim reminder that France in particular and Europe, in general, were rapidly getting into an insecure mode falling into huge vulnerability.

Earlier, a Pakistani national in his teens had injured a couple of French people openly using a meat cleaver. We see a Pakistani, a Chechen and some of the other Islamic settlers moving openly with lethal tools of murder like a cleaver, displaying the fact that they are so highly radicalised and are ready to be killed in their attempts to avenge any self-perceived affront to their Prophet.

Now the question is how these perpetrators of ghastly murders are getting emboldened? Primarily, because Islamic leaders in a bid to assume a pan Islamic global role have most irresponsibly embarked on the rhetoric of hate and belligerence. Former Malaysian PM Mahatir Mohammad‘s most provoking remarks exhorting for indiscriminate killings of the French were in very poor taste most unbecoming of a former Head of State. More lamentably, Turkish President, Tayyip Erdogan’s tenor using expressions like relaunching of a crusade against Islam or Islamophobia have done incalculable harm in any damage control or providing healing touch but instead added fuel to the fire. Pakistan PM, Imran Khan so as not to lag behind, also emerged with unsavoury statements with no appeal whatsoever to the terrorists for calm.

As President Emmanuel Macron of France has hardened his stance describing the acts of terror in France as part of Islamic terror, the Muslim world has gone on protests taking to streets. Bangladesh saw thousands of people converging daily in capital Dhaka demonstrating against France, burning Macron’s effigy, boycotting French goods and even going to the extent of resorting to vandalism targeting Hindus and their properties. Hindu minority in Bangladesh has nothing to do with the killings in France. This looks bizarre.

As Paris is yet to return to normalcy, Vienna is the latest victim setting a pattern being followed by the terrorists carefully selecting their targets in Europe. Belgium, Holland, Germany, France etc.  Many more countries have a considerable number of population, originating from North African countries like Morocco, Tunisia, Algeria and Tunisia. Many of them had been complicit in terror assaults in Belgium, Holland etc. Encouraged by the emotional support, they are likely to stun Europe by lone-wolf attacks making these countries and even others, more insecure forcing them to live in fear and in edges.

It is reckoned by security analysts, that there is an urgent need to increase the intelligence with a meaningful exchange of actionable and preemptive information. Europol could be the point of coordination. However, it doesn’t seem to be happening today or else, in Vienna, how could the terrorists acquire such modern weapons and open fire killing three and wounding more than a dozen? The same logic holds good for France.

Meanwhile, there are no signs of any abatement in containing the spiralling cases of terror as yet. Nor are there any attempts of reconciliation between the deeply polarised camps represented by the religiously radicalised countries on one hand, and Europe on the other. Top religious leaders from both the camps need to do some brainstorming and the security professionals must also tighten their border control mechanism, intelligence apparatus and counter-terror initiatives to rein in one of the worst terror menaces the world is afflicted with. Importantly, their approach should be purely professional cutting across religious lines.

The developments in Austria and France call for a ‘ zero tolerance ‘ attitude in India too where all the concerned security agencies must exercise maximum vigil keeping a sharp eye on the potential mischief-makers to foil any terror-linked agenda to mar peace. This is underscored also to rule out fanning of communal passions and planning of lone-wolf attacks.

(Writer is a retired IPS officer, a security analyst, and a former National Security Advisor to the Prime Minister of Mauritius. Views expressed are personal