Chauvin was convicted. Something is still very wrong 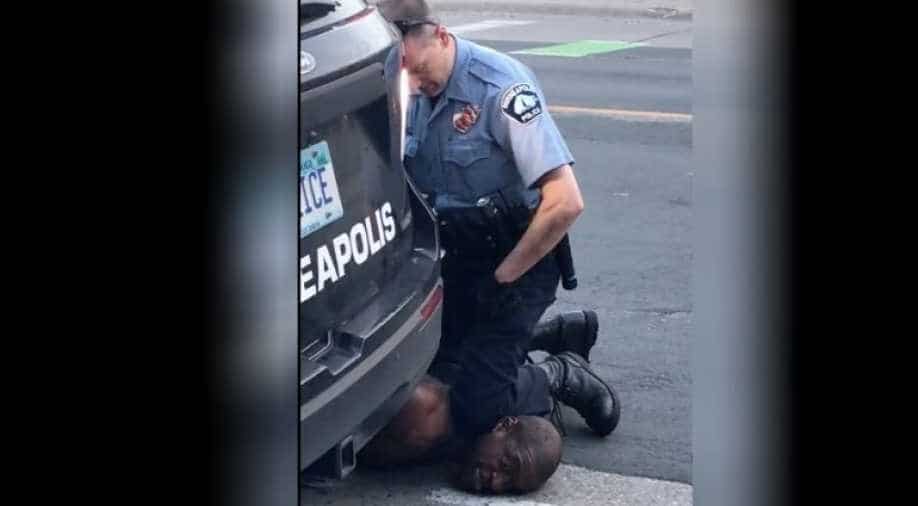 It’s a fact so obvious that it bears restating. Mr. Floyd is still dead, was still murdered, remains a person whose life ended abruptly and violently on a street in Minneapolis in broad daylight while bystanders looked on: None of that will ever change

After a wretched and withering year that didn’t so much pass by as scorch through, the guilty verdict in Derek Chauvin’s trial for the murder of George Floyd arrived as a relief. It’s been a long time since it felt as though Americans had the luxury of thinking about the future we want to live in, as opposed to putting out fires in an endless present. In so many respects, we were due for a little hope.

And yet, amid all that, a dissonant note: Something is still very wrong.

On Instagram, Representative Alexandria Ocasio-Cortez lamented that “this verdict is not justice. She added: “Frankly, I don’t even think we call it full accountability,” echoing Senator Bernie Sanders on Twitter, where the lodestar of the left said that “the jury’s verdict delivers accountability for Derek Chauvin, but not justice for George Floyd.” So many others — activists, organizers, politicians — shared similar thoughts. Something meaningful had occurred in the conviction of Mr. Chauvin, they agreed, but something incomplete, too.

In a sense, their unease with the outcome of Mr. Chauvin’s trial echoes responses to the conviction of Harvey Weinstein, whose downfall incited the #MeToo movement. At the time, commenters pointed out that Mr. Weinstein’s rape conviction was only “a partial victory” for the movement, “less significant” than it seemed. They were right — not only because in Mr. Weinstein’s case, as in Mr. Floyd’s, the trial had become a metonym for a wider movement with unfinished business, but also because the things he had done, like the things Mr. Chauvin has done, could not be reversed.

It’s a fact so obvious that it bears restating. Mr. Floyd is still dead, was still murdered, remains a person whose life ended abruptly and violently on a street in Minneapolis in broad daylight while bystanders looked on: None of that will ever change. Nor will Mr. Weinstein’s victims receive in recompense the lives, the confidence, the dispositions they had before he violated them. The trouble is that no crime — in fact, no <em>harm</em> — is ever undone, and no loss affected by moral evil is ever entirely restored.

Agnes Callard, a philosopher at the University of Chicago, observed in a Boston Review forum last year that anger resulting from harm done likewise has no obvious terminus. “Eventually we should move on, we are told, or let it go, or transmute our desire for revenge into a healthier or more respectable feeling,” Ms. Callard wrote. But when do we let go, when do we know it’s time to move on, and what does that mean when emotions — which should not be dismissed as irrelevant to politics — are in play? Or can these feelings issuing from echoing loss be transmuted — and if so, into what, by whom? How do we ever know when it’s time to stop seeking restoration for harm, and do we stop because it’s the right thing to do, or because after a point it’s no use searching for, longing for things that aren’t going to come?

One tragedy of the criminal justice system is that it ought to provide answers to some of those questions. Because eternal retribution all but guarantees perpetual conflict, we have agreed, as a society, that an impartial and (aspirationally) fair system will generate and enforce consequences that exhaust claims to retribution, and close these matters as they arise. That the system is infamously prone to bias and capriciousness undermines its capacity to serve its critical purpose.

But even if it were entirely successful, its punishments would still be arbitrarily chosen (why 10 years for manslaughter, rather than 11 or nine?) and restoration would still be beyond its powers. Still: Despite its deficiencies, we allow it to tell us when a case is closed. It’s all we can do. But what can be done with the harm that these recent reckonings have revealed — not on behalf of institutions or ideologies, but between individual people in daily life?

One consequence of the justice movements of the last several years is that we see things differently now. Difficult interactions appear in a new, unflattering light. We pause to consider the meaning of slights we may have ignored before: Is <em>this </em>(“No wonder they hired you! Look at you!”) a form of <em>that </em>(sexism)<em>, </em>one might wonder, <em>just in miniature? </em>The answer is bound to be yes at least sometimes, and most likely often.

As we emerge from a string of calamities with the benefit of what we’ve learned, a question worth considering is what we can do about the fact of these interpersonal damages, the sort — a rude remark, a thoughtless comment in company, a revealing gesture — that can’t be adjudicated in court but aren’t meaningless, either; the kind we simply want never to have happened, and short of that, not to happen again. What can be done about all of that suffering?

In one sense, the answer is nothing. Pain lasts, grief lasts, anger lasts. The life you had before loss is never returned to you. There’s a hole in the world, one of the many regrettable results of our human tendency to hurt one another. I look inside myself, where all of those emotions bored holes through my soul. What did I do, when did it stop? In some cases, those feelings ran through the channels they carved in me until they flowed into other reservoirs: the stock of sentiments that drive and inform the work that I do, the stories I choose to tell, the subjects I try to understand. In others, time made me a stranger to the person who was once so wounded. But in others still, I know the feelings were simply pushed away “like a skiff at the shore,” as a poet once put it, “no longer useful.”

Forgiveness doesn’t feel particularly triumphant. It’s a gift no one wants to be in the position to give; it releases a wrongdoer from moral debt — for their own good and the common good, not for the sake of the wronged. And it provides a place for those emotions that circle, vulturelike, around one’s thoughts to finally come to rest, no longer nourished by attention. It’s a strange and wanting gift for a strange and wanting world, and I would never admonish anyone for declining to extend it. God knows, I’ve failed in the practice as often as I’ve succeeded.

But I want to live in a world where it is possible to forgive and to be forgiven. In fact, I think it’s necessary. And I think it emerges not from a place of moral victory, but from the realization of human brokenness, the recognition of things lost that can’t be regained, and the emptiness that holds their place. It’s from these gaps that beautiful things sometimes grow.