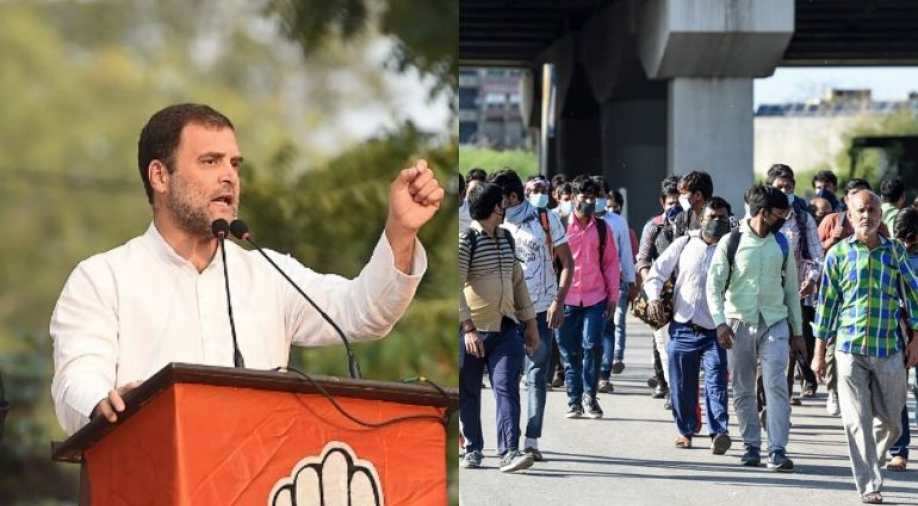 He was unusually interactive and refrained from making any strong comment against the government.

Congress MP Rahul Gandhi’s elaborate press conference on Zoom was a sober affair. Unlike his usual self, where Rahul Gandhi can become aggressive and pushy during a press conference, he was unusually interactive and refrained from making any strong comment against the government.

He tried to push his agenda on the issue of COVID 19. During national emergencies, people generally rally around the government and opposition generally allows the leeway. This time, Congress has used a different tactic. It has understood the problems faced by the migrant workers and started kitchen for them throughout India. Narendra Modi government cannot take this overture lightly.

On earlier occasions, Prime Ministers have lost their jobs because of the hardship people go through. Winston Churchill lost elections after World War II and so did Indira Gandhi after bifurcating Pakistan. It is not to say that Rahul Gandhi has suddenly acquired gravitas and would be able to challenge the Narendra Modi, but overture of the Congress towards migrant workers who are right now jobless and without a steady income can prove to be a problem for the BJP.

Though the government has done its best to provide food and money to them, but the problem has not gone away. Rahul Gandhi also avoided attacking Narendra Modi which would have distracted the attention from the real issue to personalities. There was even a strategic goalpost shifting, but former Congress President. Instead of insisting on testing at large, he stressed on precision testing. He even refused to attack the government directly and instead put forth his idea of dealing with the pandemic.

It is a small image reboot for Rahul Gandhi. It is a small step of Rahul Gandhi on addressing this issue nationally. But he will need to be consistent with it. He was one of the first politicians to raise the issue in public, but Congress as a party was more focused on CAA than pandemic which was raising its head next door. Ideally, national parties should not and cannot remain dependent on one leader to pitch an issue in public discourse. Nonetheless, it is a precursor of things to come. If not now then later, Rahul Gandhi will take over Congress once again. His challenges remain huge and job even more difficult for the next two years as Congress is not a real challenger in any state elections.

One will also have to see whether state elections will take place on time for Congress to re-test itself under his leadership. There are chances, the elections may get delayed but then till then, Rahul Gandhi can engage with social issues to deepen its party’s engagement with civil society which become purely electoral in its body rhythm. RSS, in past, was able to deepen its presence by engaging in social issues. May be time has come that Congress does the same and enrich itself through the non-political process, a bond which it enjoyed with people during colonial time.  It reminds me of a conversation between Prime Minister IK Gujaral and his secretary. Gujral said to have complained that people were accusing him of running the government like a Punjabi. The reply from his aide was prompt. “Then let’s behave like one.” Here lies the answer to Rahul Gandhi.

You can be name called for eternity, but do what you want to as chances and opportunities do not present themselves again and again.