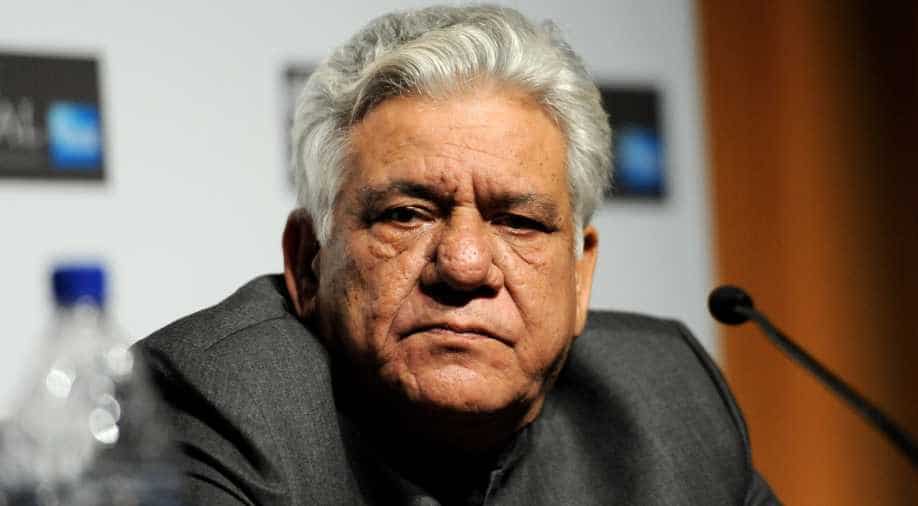 Puri was conferred the Padmi Shri by India, and the Order of the British Empire by Britain for his services to the British film industry. Photograph:( Getty )

He was 66. Puri was at home in Mumbai at the time.

Puri first shot to fame with the movies "Aakrosh" (Anger, 1980) and "Ardh Satya" (Half Truth, 1982). Both movies dealt with the issue of corruption, a topic that is still popular in India.

Om Puri in Ardh Satya or Half Truth (1982). The movie dealt with the issue of corruption, always a popular topic in India. (Others)

Om Puri and Patrick Swayze in City of Joy. (Others)

In the Bafta award-winning East is East, Puri plays a fish & chips shopowner in England who has trouble getting his British family to adhere to his more conventional (Pakistani) code of social conduct. (Others)

His break-up with his wife Nandita Puri (centre) was bitter and public. (AFP)

Puri was very easily able to straddle the divide between arthouse and commercial Bollywood.

"Though I did try to resist commercial films for quite some time, I succumbed to it finally as money was equally important as art," Puri wrote in his autobiography.

"But as an artist I never compromised on what I had to do on-screen, even if the film was not up to the standard."

He also appeared in Hollywood, playing parts in Richard Attenborough's "Gandhi" and opposite Patrick Swayze in "City of Joy".

And controversially, for India, in Pakistani movies.

His break-up with his wife Nandita Puri was well-publicised.

The last time he hit the headlines was In October this year when he was accused of insulting the Indian army -- pretty much a no-no in the country at this point in time.

'Who had asked the soldiers to join the army?' Puri said after an army camp in Uri, Kashmir was attacked. NIneteen Indian soldiers died in the attack after the tent they were sleeping in caught fire.

What Puri was actually trying to argue was that Pakistanis working in Bollywood should not be deported en masse. (That was one of the knee-jerk reactions to the Uri attack.)

He will be sorely missed.