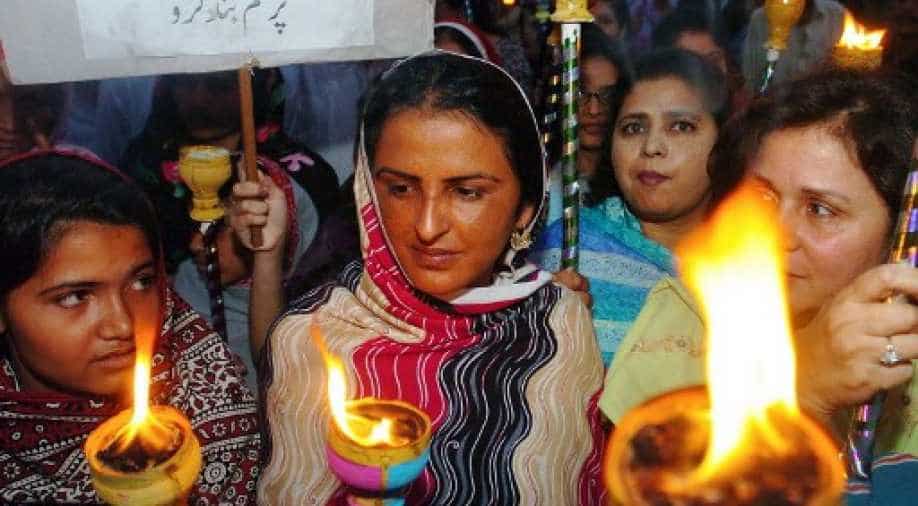 Mai, 44, is now an international advocate for women's rights and runs a charity that sponsors a women's shelter and a girls school. Photograph:( AFP )

Mukhtaran Mai walked the fashion runway during Pakistan's fashion week in Karachi on Tuesday with a red-carpet reception. Mai, however, is not any other girl to have done so. Gang-raped and paraded naked in public 14 years ago, Mai made a symbolic fashion debut, as a model of courage and hope for other Pakistani women.

"If one step I take, if that helps even one woman, I would be very happy to do that," Mai told The Associated Press.

Mai was sentenced in 2002 by a local council of tribal elders to be gang-raped and publicly humiliated as punishment for her brother's perceived insult to a rival family.

Mai did not give up. She rather fought all the way to the country's Supreme Court to have her attackers jailed. Fourteen men were put on trial and six were given the death sentence. But all of them were eventually released on appeal.

Mai, now 44, went on to become an international advocate for women's rights and founded a charity that sponsors a women's shelter and a girls school in her hometown Meerwala.

She wore a light green embroidered bridal shirt and silver, silk pajama pants, designed by Rozina Munib, with a scarf covering her hair at the fashion show last evening.

The annual fashion showcase began in 2009 despite opposition from religious fundamentalists in Pakistan.