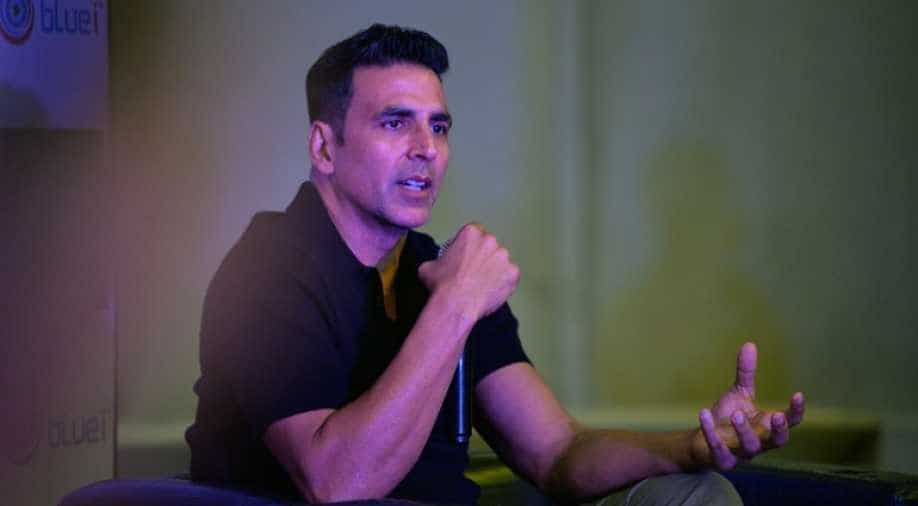 The actor is the latest Bollywood celebrity to express his concern over the incident, that has snowballed into a huge controversy. Photograph:( AFP )

The actor posted a video on Twitter and Facebook, which he captioned as, "The Bangalore incident makes me feel we are evolving backwards, from humans to animals, rather beasts because even animals are better! Truly shameful."

Akshay said he found it disgusting that some people would justify it by blaming women for their choice of clothes.

The Bangalore incident makes me feel we r evolving backwards,from humans to animals,rather beasts coz even animals are better!Truly shameful pic.twitter.com/FJwJ80Mkby

"I am ashamed to be a human being today. I was returning from my New Year's vacation with my four-year-old daughter in my arms when I learnt about the molestation incident in Banglore. I don't know how did you all feel about it, but my blood started boiling.

"I am a daughter's father but even if I was not one, I feel if a society cannot respect its women, it doesn't deserve to be called a humane society. What's most disgusting is that people have the guts to justify such shameful acts by criticising women for their choice of clothes," Akshay said.

The actor is the latest Bollywood celebrity to express his concern over the incident, that has snowballed into a huge controversy.

The star, who is the father of two children, also said, "Women should not consider themselves inferior to men... Just be fearless, be alert and learn self-defence."

Several women were allegedly molested despite huge police presence at a large gathering in Bangalore during New Year's Eve revelry.