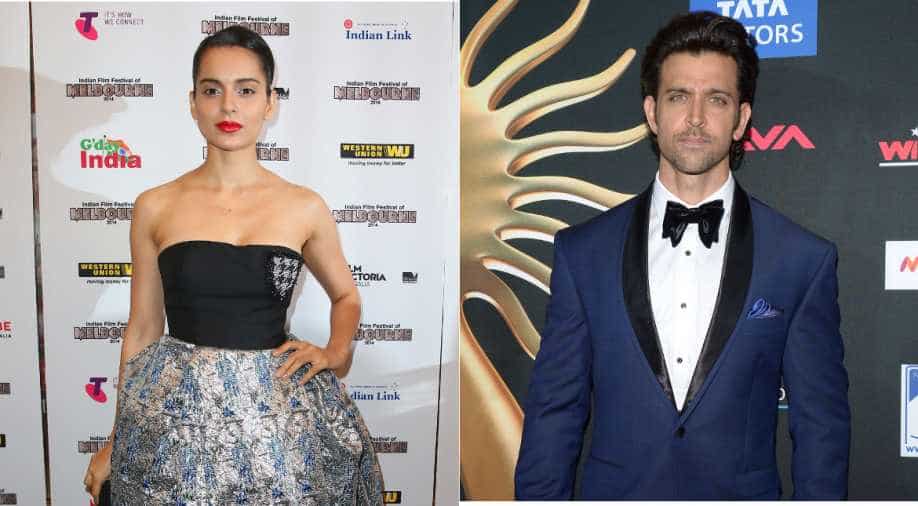 India daily Mumbai Mirror reports that the police is likely to close the case because of inconclusive facts about the email ID Roshan was alleged to have sent messages from. Photograph:( Getty )

Police in India's Mumbai have filed a 'NIL report' in an email controversy between Indian actors Hrithik Roshan and Kangana Ranaut, bringing the long-drawn case of mud-slinging and name-calling to an anti-climactic end.

The cyber crime cell of Mumbai police closed the report as they found no lead in the case.

Ranaut had accused her film industry colleague Roshan of sending her romantic emails from 'hroshan@email.com'. Roshan had claimed that the emails were sent by an imposter.

Police shut the case because they couldn't figure out as to who sent the mails to Ranaut.

"We have been unable to find anything on the mail ID as the server is located in the US. Now it is very difficult to ascertain who was using the account. Still, we will try to conclude [the case] from the available evidence,” said Sanjay Saxena, joint commissioner of police, Crime Branch, told Mumbai Mirror.

Kangana had earlier said that the two were in a romantic relationship and that the emails proved it, but Hrithik had denied the claims.

In January, Kangana spoke about a "silly ex" in an interview which was interpreted as a hint towards Hrithik Roshan as the latter replied with a tweet the same day.

Ther r more chances of me having had an affair with d Pope dan any of d (Im sure wonderful)women d media hs ben naming.Thanks but no thanks.

The spat between the two worsened after they sent legal notices to each other in March. Hrithik accused the Queen actress of defaming him while Kangana's notice said the Mohenjo Daro actor and his legal team was threatening her.

After the police's statement, Kangana's lawyer made a statement,"We are not surprised to learn that the police have, after a thorough investigation, filed a NIL report, which means that they could not trace any imposter as was claimed by Hrithik Roshan…Kangana has always been maintaining that there was no imposter ever," an Indian daily reported.