Half Girlfriend movie review: Arjun Kapoor and Shraddha Kapoor?s crackling chemistry is the heart and soul of this film 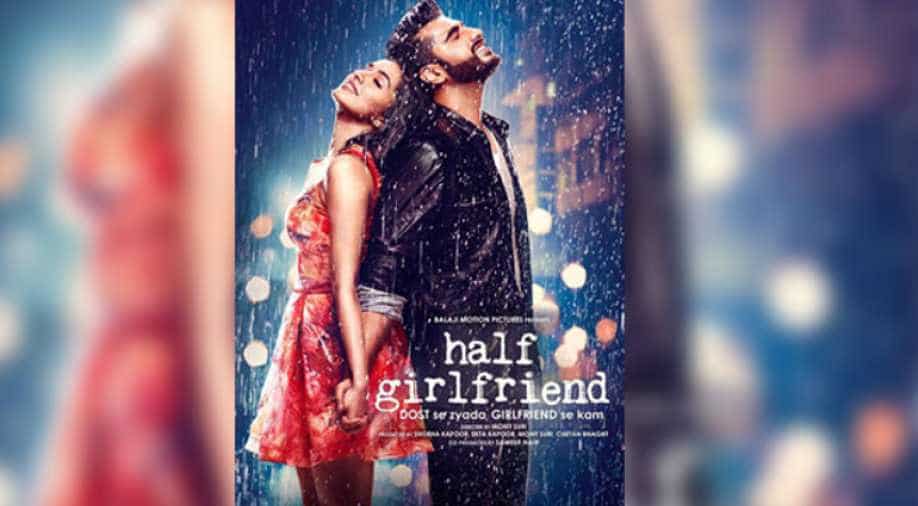 Not had your fill of mushy romantic entertainers Bollywood specialises in this year? Then you should really check out this week’s release, Half Girlfriend. Starring Arjun Kapoor and Shraddha Kapoor in the lead, Half Girlfriend is based on the popular author Chetan Bhagat’s (who is also one of the producers here) best-selling novel by the same name. It is directed by Mohit Suri, who is known for making films like Kalyug, Raaz 2, Awarapan, Aashiqui 2. After 2 States, will Chetan Bhagat prove lucky for Arjun Kapoor once again? Will Shraddha Kapoor return to her hit status after the debacles of Rock On 2 and Ok Jaanu? Read our review to find out…

I haven’t read the book, neither am a huge fan of the author, but there’s something about the story of a clash of languages, ideologies, and love in the midst of it all that sort of drew my attention and got me curious to watch Half Girlfriend. Also the fact that an extremely urban Arjun Kapoor taking the risk of playing a rural boy struggling to speak an unfamiliar dialect, was reason enough to watch the film. Half Girlfriend is the story of Madhav Jha (Arjun) whose aspiration is to get admission in an English speaking college to pursue his passion for sports. Despite his linguistic challenge, Madhav is a sort of a prince in his own town in Bihar. A chance meeting with Riya (Shraddha Kapoor) who’s the polar opposite to him in every sense, makes him realise that despite the communication challenges she’s his destiny. But Riya isn’t the sort to commit and even when she does, it’s only partial – therein the concept of Half Girlfriend. The film is dramatic and over the top in certain scenes but where it connects with you is in the moments when Madhav exposes his vulnerability towards Riya. The second half is set in New York and full of trademark Mohit Suri tunes which have already made their mark on the charts.

Half Girlfriend primarily works because of its lead pair and the conviction they bring to their characters. Arjun goes beyond the nuances of the accent and body language and digs deep to find a place he can reach to make Madhav believable. You sort of lose track of the cool and hip Arjun in the innocence and even rage of the rural Madhav. Despite the dramatic lines and phrases, Arjun uses his silence and speaks the most in the pauses when he’s fumbling to communicate his feelings to Shraddha. Shraddha, despite delivering hits with Aditya Roy Kapoor and Sidharth Malhotra, manages to have a genuinely likeable and convincing chemistry with Arjun. Her scene where Madhav tries to force himself on her is terrific. Mohit’s technique of creating stand out scenes that blend in with the overall plotline is commendable. The music of Half Girlfriend is already a rage and the songs do play an important part in taking the story forward. Vikrant Massey in the role of Madhav’ s roommate is terrific.

The first half has a better structure and seems more cohesive than what follows post the interval. There are some jarring and over the top moments that somewhat kill the feel of an organic love story that was beautifully coming together in the beginning. Also the portions before the big climax revelation are too jumpy, and feel disconnected. Suri takes more than just cinematic liberty to make the iconic India Gate look like a prop to have his characters mingle and chat!

Half Girlfriend has full drama and works primarily due to Arjun Kapoor’s stellar performance and his crackling chemistry with Shraddha Kapoor.

(This review first appeared on Bollywoodlife.com)