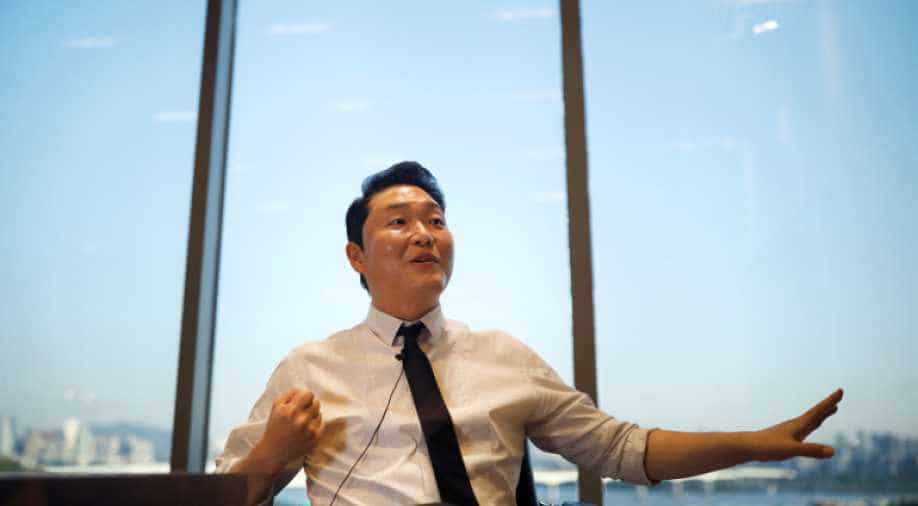 Psy said he had forgotten his roots with the popularity of "Gangnam Style", which holds the world record for most watched video with 2.8 billion views ||His latest album is called "4x2=8", with singles "I LUV IT" and "New Face"

SEOUL (Reuters) - South Korean rapper Psy has gone back to basics with his eighth full-length album, paying greater attention to his home fans while doing what he loves most - "going crazy" on stage.

The "Gangnam Style" star said he had moved on from on the success of the 2012 smash hit that sent him flying to the top of music charts around the world and shaped him into the internationally recognised artist he is today.

"'Gangnam Style' gave me fame while as a creator, some rough times, but I'm not one to linger in the past and make two, three, four versions of (Gangnam Style) because I'm hung up on its fame," Psy told Reuters.

"It was probably the biggest trophy the world could have given me. It's now something on the shelf I can admire from time to time."

His voice hoarse from performing for days on end at universities, Psy, 39, or Park Jai-sang, said he had forgotten his roots with the popularity of "Gangnam Style", which holds the world record for most watched video with 2.8 billion views on YouTube as of May 22.

He currently has more than 10 million subscribers on his official YouTube channel, a record for a non-group individual in Asia.

"It was like an addiction," said Psy. "Like when you throw a party, it takes some time for that excitement to die down after it's over. I think it took a while for that exhilaration to subside. Now I'm back to my normal life."

Then where are Psy's roots? Performing on stage, he said. All his appearances are linked to the latest album, "4x2=8", with singles "I LUV IT" and "New Face" carrying that message.

Psy, who made his debut in 2001, wants to stay on stage for as long as he can, but his biggest dream is to retire just before people start telling him he's washed up.

"I think the pain from being called that would be far greater than not being able to be on stage," Psy said.

Psy, who has two children, said he wants to focus more on production and helping younger artists grow. As a singer, Psy said he had achieved all he could ask for - and more.

When asked if his "Gangnam Style" fame had deprived him of his privacy, he laughed and said no.

"Without my sunglasses and hair gel, I obtain freedom," he said.