Frida Kahlo painting, hidden for 60 years, to be auctioned 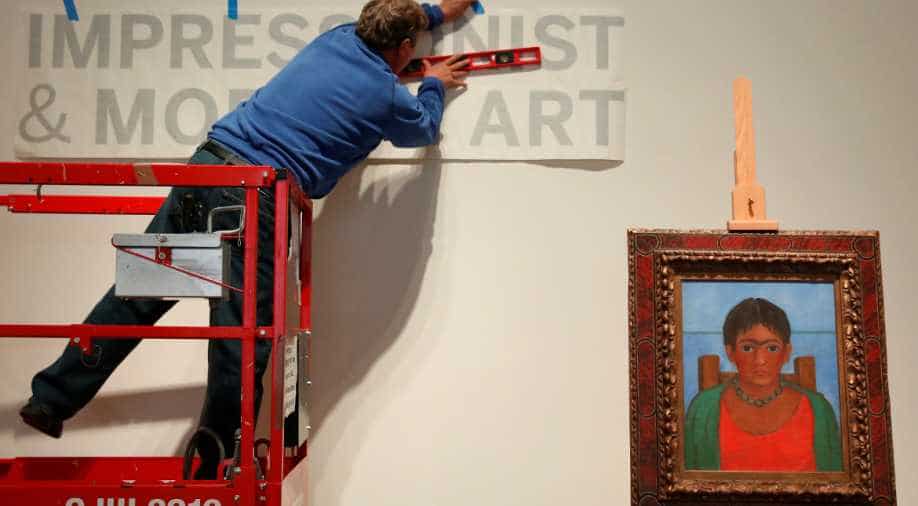 'Nina con Collar', ( girl with necklace) is among the first 20 of her 143 paintings. Photograph:( Reuters )

The painting which has never been exhibited before was given to a women who helped Kahlo in the studio by her husband, muralist Diego Rivera after her death.

The estimated value of the 1929 oil on canvas is $1.5 million to $2 million and will go under the hammer on November 22.

Head of Latin American art at Sotheby's, Axel Stein said "The painting looks very fresh. It was in a dark part of the house so the colours are vibrant," despite hanging in a California home for 60 years.

The girl in the painting is aged 13 or 14 and stares directly ahead. She wears a jade necklace that is also present in other paintings by Kahlo.

Her copper skin tone contrasts well with the dark background; a mix of indigo and light blue, adding depth to the painting.