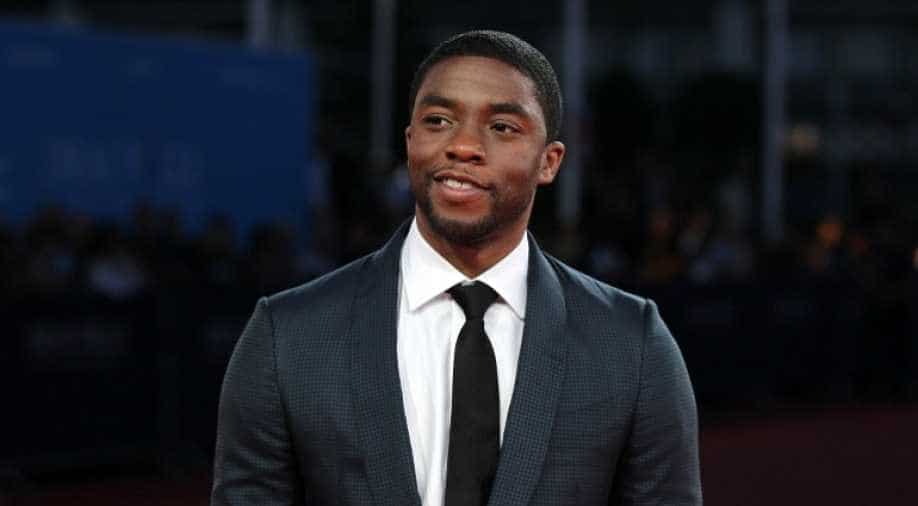 Boseman (in picture) will be joined by actors Michael B. Jordan, Oscar winner Lupita Nyong'o, Angela Bassett and Forest Whitaker in the new Black Panther movie. It is scheduled for release in February 2018. Photograph:( AFP )

Marvel Studios announced on Thursday that filming had begun on its latest superhero epic which for the first time will feature a black actor, Chadwick Boseman, in the titular role.

The news comes just after a record number of black actors were nominated for this year's Oscars and as Hollywood pushes for more diversity.

Boseman will play the lead role in the hotly anticipated "Black Panther" alongside a star-studded cast including Michael B. Jordan, Oscar winner Lupita Nyong'o, Angela Bassett and Forest Whitaker.

The film follows the events after 2016's "Captain America: Civil War," in which Boseman appeared as Marvel's first African superhero, but not in the lead role.

In "Black Panther," T'Challa (Boseman) returns home to the isolated, technologically advanced African nation of Wakanda to take his place as its king, Marvel said in a statement.

"However, when an old enemy reappears on the radar, T'Challa's mettle as King and Black Panther is tested when he is drawn into a conflict that puts the entire fate of Wakanda and the world at risk," it added.

"Black Panther," which is being filmed in Atlanta and South Korea, is scheduled for release in February of next year.