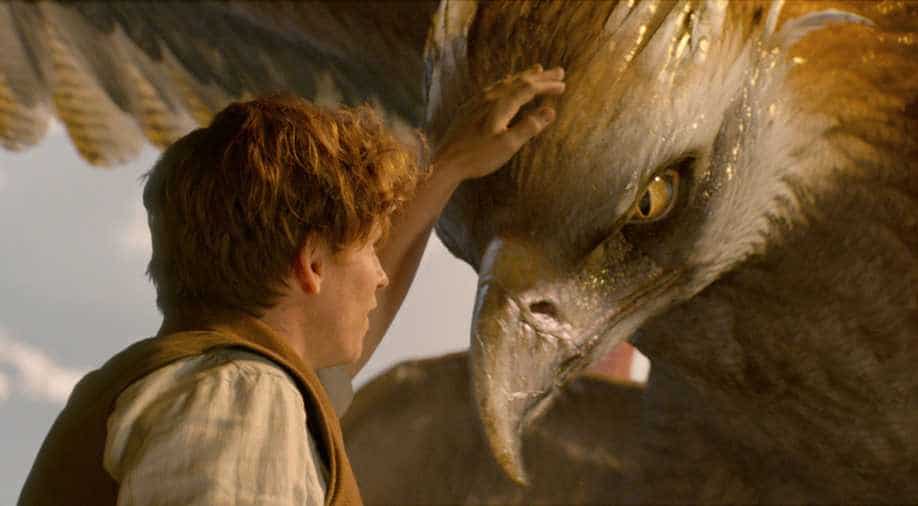 A still from the movie Fantastic Beasts and Where to Find Them. Photograph:( WION )

In a recent Q&A on Twitter, the Harry Potter author JK Rowling revealed that the timeline of Fantastic Beasts and Where to Find Them stretches over three decades.

"Our story starts in 1926 and ends in 1945. It's just too big to fit in one movie!," she tweeted in reply to a fan, who questioned, "Can I ask why you decided to make 4 extra movies? Just curious if it was bc of story reasons or something else."

Rowling also revealed that free-spirited legilimens Queenie Goldstein (played by Alison Sudol) would be returning for the second film.

Confirming another fan's suspicions about Newt Scamander's Hufflepuff House scarf that he wore throughout much of the film, she wrote, "I can answer that one. Yes!"

I can answer that one. Yes! https://t.co/R7eNoO3IWU

Scamander, played by Eddie Redmayne, provides a strong role model for budding Hufflepuffs, a House which is much maligned by Potterheads because of its lack of interesting characters in the original books.

Fans were also apparently concerned as to the fate of Frank, the colossal Thunderbird who plays a key role in saving the city in Fantastic Beasts. Rowling was quick to reassure that Frank made it safely home to his native Arizona.

One impatient fan asked, "why was Newt allowed to keep his wand & do magic, and work for the ministry," citing the example of Hagrid as someone who was expelled and then had his wand confiscated and was prohibited from performing magic.

Interestingly, Rowling chose to leave everyone in suspense, answering, "All will become clear. Trust me."

All will become clear. Trust me. https://t.co/NwA12ZzgsA

The sequel to Fantastic Beasts and Where to Find Them will premiere in November 2018.

(This piece first appeared in DNA)