Fantastic Beasts and Where to Find Them tops US box office 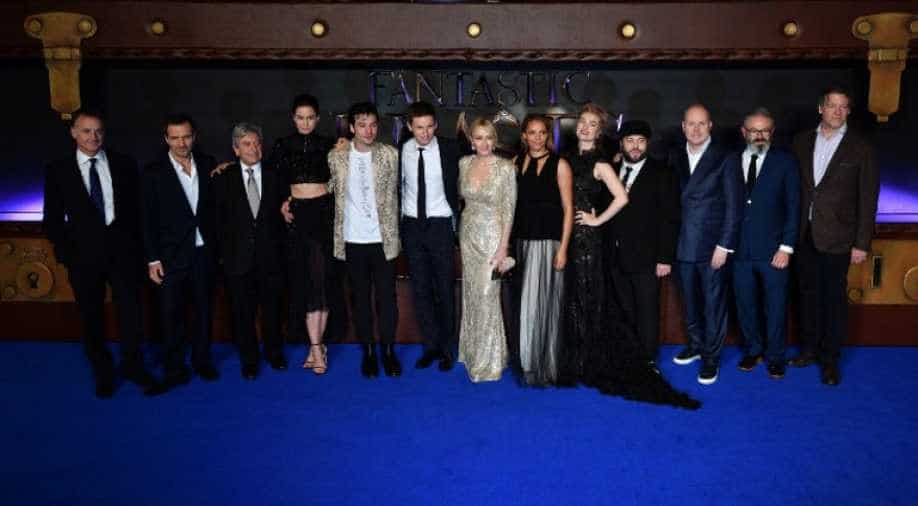 Writer JK Rowling (C) poses with members of the cast in the European premiere of the film. Photograph:( AFP )

The new release, "Fantastic Beasts and Where to Find Them," a prequel to the hugely successful Harry Potter franchise, topped the weekend box office with an estimated $75 million.

'Doctor Strange' the latest entry in the Marvel movie canon came in second in the weekend box office. The superhero movie, which stars Benedict Cumberbatch and Tilda Swinton, recorded a $17.6 million weekend gross and is at $181.5 million of total gross.

The animated family movie 'Trolls' moved into the third spot. The voice cast for the movie, from Dreamworks Animation and released by 20th Century Fox, includes Anna Kendrick, Justin Timberlake and James Corden and acquired a $17.5 million weekend gross that brings the total gross to 116 million.

The acclaimed and awards-buzzy sci-fi drama, 'Arrival,' landed in the fourth spot this weekend with a gross of $11.8 million bringing its gross earning to $43.3 million. The movie stars Amy Adams, Jeremy Renner and Forest Whitaker and tell the story of a linguist who is recruited by the military to assist in translating alien communications.