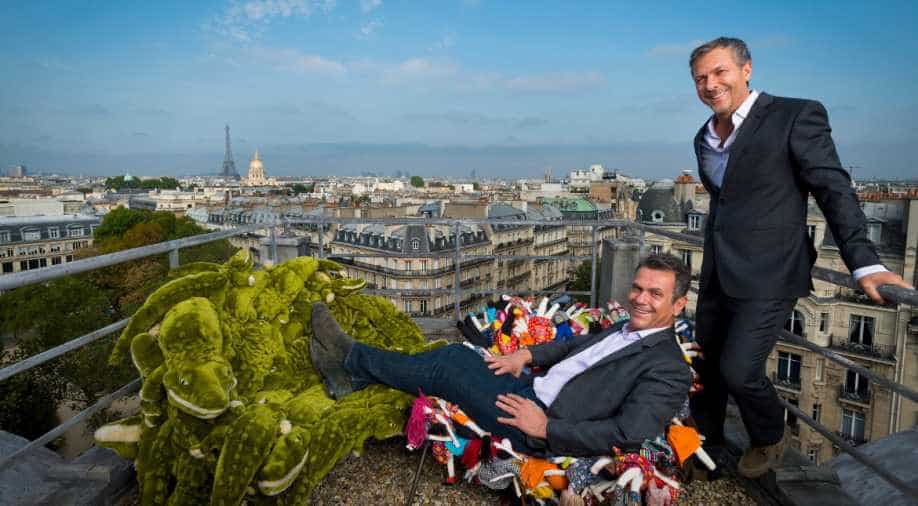 The brothers had no formal training in design. Humberto studied law and Fernando architecture. They started designing in the 1980's and mounted their first exhibition in 1989. Photograph:( Getty )

Follow Us
Designers Humberto and Fernando Campana improvise and explore in their quest for strange new creations. But their biggest inspiration is on their doorstep: everyday, discarded objects in their colourful and chaotic homeland, Brazil.

Armchairs made from rag dolls, stuffed toy crocodiles or hundreds of yards of woven rope are among the offbeat creations that have made the brothers renowned in the design world.

In their sun-flooded Sao Paulo studio, a team of artisans sews leather and brushes fleeces that will cover new items of furniture, while others enter data on computers. "This is a laboratory," says Humberto, the elder of the brothers at 63. "We are always seeking new forms of expression."

The key to their work is surprising the viewer by their choice of materials. They make sofas out of cardboard and turn plastic packaging into chairs. One of their signature works, the "Favela," is an armchair made of shards of wood, resembling the shanty huts cobbled together by dwellers in Brazil's vast slums.

The younger brother Fernando, 55, says their work aims to imitate "how people improvise shelter, building their houses out of objects they find in the street." Like other Campana designs, these "Favelas" sell for thousands of dollars in shops worldwide.

Their work features in the collections of top modern art institutions such as New York's MOMA museum and the Pompidou Center in Paris. But the Campanas have also worked with small cooperatives and artisans to support local traditional crafts.

Theirs is an "urgent, spontaneous form of design," says Fernando. For him, it reflects a unique "Brazilian know-how".

"Brazilian design can offer the world improvisation, but done well," he says. "You transfer the material from one function to another and give it an everyday use."

Works such as the "Boa", a sofa that curls like a snake, or "Coral", a chair that looks bumpy like a reef, evoke Brazil's natural beauty.

The brothers had no formal training in design. Humberto studied law and Fernando architecture. They started designing in the 1980's and mounted their first exhibition in 1989. They dismiss rigid design conventions.

"That is not Brazil," Humberto says. "Brazil has cultural richness... It is much more than just straight lines."

Their "Red Armchair" was first made with 500 metres of red rope they found discarded in 1993. They wove it around a frame like a nest. "The idea for a project always originates in the materials," he adds. "We transform the banal into the sophisticated." A chic Italian design firm discovered the brothers and the chair made the Campanas name, Humberto says.

"That chair is our homage to chaos."