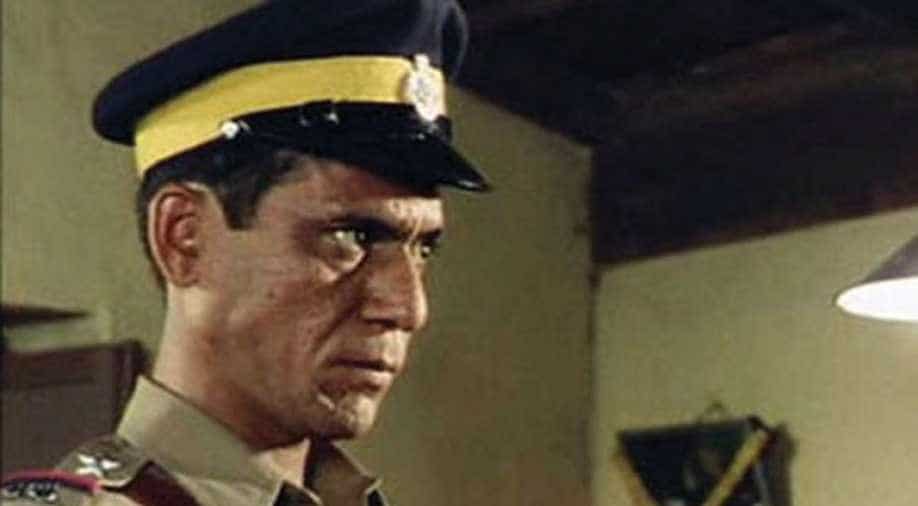 Om Puri in a still from 'Ardh Satya.' Photograph:( Others )

Om Puri's sudden death has sent shockwaves in the industry and among his fans. An actor of immense talent, Puri has left behind an impressive body of work in Indian cinema, Hollywood, European movies as well as television.

Here's revisiting some of those performances by the veteran actor which will remain etched in the minds of cinema lovers forever.

"Aakrosh" (1980): In this memorable debut by Govind Nihalani, Puri played a poor peasant, who is falsely accused of killing his own wife. In the entire film, Puri speaks only in flashbacks, but breaks his silence towards the end with a scream after killing his sister to save her from the fate that his wife suffered.

"Arohan" (1982): Directed by Shyam Benegal, the movie, set against the backdrop of Naxalbadi movement, saw Puri play the role of a poor farmer who ends up in jail while fighting against the system. He received the National Award for Best Actor for this role.

"Ardh Satya" (1983): Again directed by Nihalani, the film saw Puri play the role of Anant Welankar, an idealistic sub-inspector with Bombay Police, who struggles to come to terms with the corruption around him. In one of the most memorable scenes, Puri's character casually recites a poem to Smita Patil but as the reality of the lines sink in, his voice changes.

It is considered as one of the best cop films made in Indian cinema and Puri received a National Award and Filmfare Award for best actor.

"Jaane Bhi Do Yaaron" (1983): To break his image as a serious actor, Puri took a shot at comedy with Kundan Shah's cult classic. He played the role of a corrupt property builder called Ahuja.

Puri in an interview to PTI recalled how he came to be a part of the film. The actor said people knew him only as someone with no sense of humour prior to the film.

"I did not have a sense of humour because I was struggling. I wanted to break that image...," he had said, adding that they came up with comedy play, which became a huge hit and eventually landed him a role in "Jaane Bhi Do Yaaro".

Puri played the role of an old guard who gives up his life to protect the women working in a masala factory.

"City of Joy" (1992): It is an English film directed by Roland Joffe, based on the novel of the same name. Puri played a rural farmer called Hazari Pal, who moves to the fictitious Anand Nagar slum of Kolkata with his family in search of a better livelihood.

"Dirty Dancing" star Patrick Swayze and Shabana Azmi were his co-stars in the movie.

"In Custody" (1993): His role in this movie, opposite Shashi Kapoor, is one of his most under-rated performances. Based on the novel written by Anita Desai, Puri played the role of professor at a local college.

He teaches Hindi but is in love with Urdu language. He is keen to interview the great Urdu poet, Nur, but his various attempts get thwarted thanks to Nur's personal issues and his extended brood. Also called "Muhafiz" in Hindi, Puri received widespread appreciation for his role in the Ismail Merchant-directed movie.

"East is East" (1999): He played patriarch Zaheed Khan, a first generation Pakistani, living in London and married to a British woman. Khan struggles to strike a balance between his traditional values and his children's modern outlook.

"The Hundred-Foot Journey" (2014): Puri starred as the head of Kadam family, who have relocated to France from India. They open a restaurant directly across the road from Madame Mallory's (Helen Mirren) Michelin-starred eatery, leading to a clash