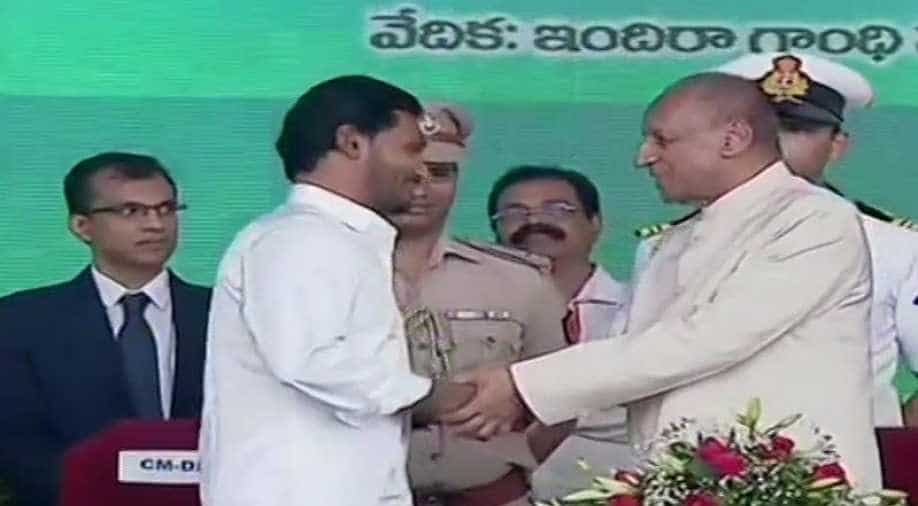 YS Jagan Mohan Reddy was sworn in as chief minister of Andhra Pradesh at Indira Gandhi Municipal stadium in Vijayawada on Thursday.

He was earlier a Member of Parliament from Kadapa Lok Sabha constituency.

Around 30,000 people attended the ceremony at the IGMC Stadium and the Krishna district administration had made elaborate security arrangements with 5,000 police personnel deployed at the venue.

YSRCP registered a landslide victory in the 175-member strong Assembly in the recently held election.

Taking a jibe at Naidu, Jaganmohan Reddy recently said, "The fate of Chandrababu Naidu proves that God will punish those who act without justice. Chandrababu had purchased and grabbed 23 MLAs and three MPs of YSRCP in 2014. But now in 2019, his party is left with 23 MLAs and three MPs. God alone can write such great script and do such a wonderful poetic justice."