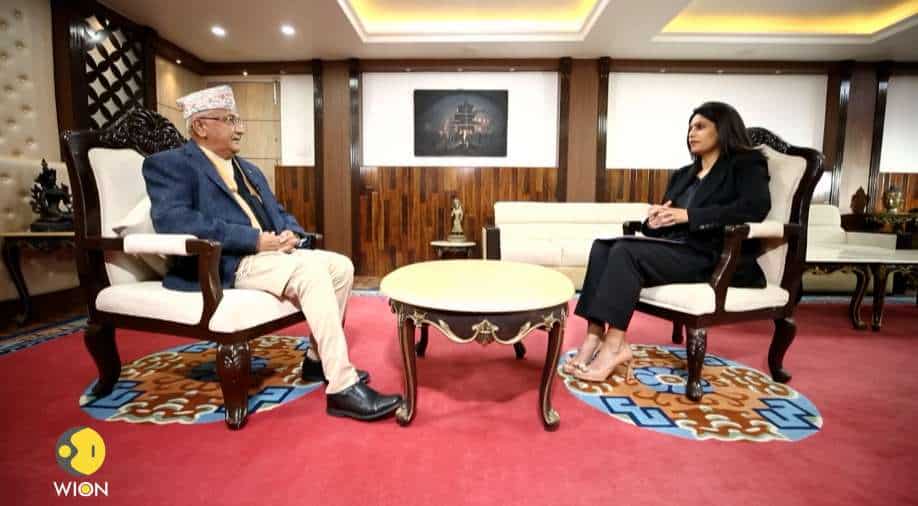 He said that Kalapani, Limpiyadhura and Lipulekh are a sacred part of Nepal. For 146 years that area was under Nepal’s control.

Nepal Prime Minister K P Sharma Oli in an exclusive conversation with WION's Executive Editor Palki S Upadhyay alluded to the relationship shared by its neighbours and urged them not to have any superiority complex.

On being asked to comment on his statement "We are working to deepen ties with India based on sovereign equality.” the Nepal PM replied that "We want to remove all kind of inferiority complex from our Nepalese people and want our neighbours to not have any superiority complex."

Watch the full interview below:

+ Is China casting a shadow on domestic politics of Nepal?

+ Will elections be held this summer?

On being asked that does he make this concept of 'sovereign equality' a prerequisite in his engagement with China also, he said that we talk with Indian and China in the same way and TALKING with everyone in the same language works.

On his controversial statement about taking back Kalapani, Limpiyadhura and Lipulekh areas from India he said that these three places which are located east of the Mahakali River belong to Nepal as per the Sugauli Treaty.

He also mentioned that there is a dispute between Nepal and India about the Susta area.

He said that Kalapani, Limpiyadhura and Lipulekh are a sacred part of Nepal. For 146 years that area was under Nepal’s control but the territory was not in our use after 1962. We are not in a position to claim territories of India and China but Nepal will try to solve this dispute through diplomatic talks.

He said that Nepal’s relationship with India is much better now than before. We are gradually developing our friendship and both the countries are in the final stage of developing our ties.